Mitch McConnell Opposed Violence Against Women Before He Was For It 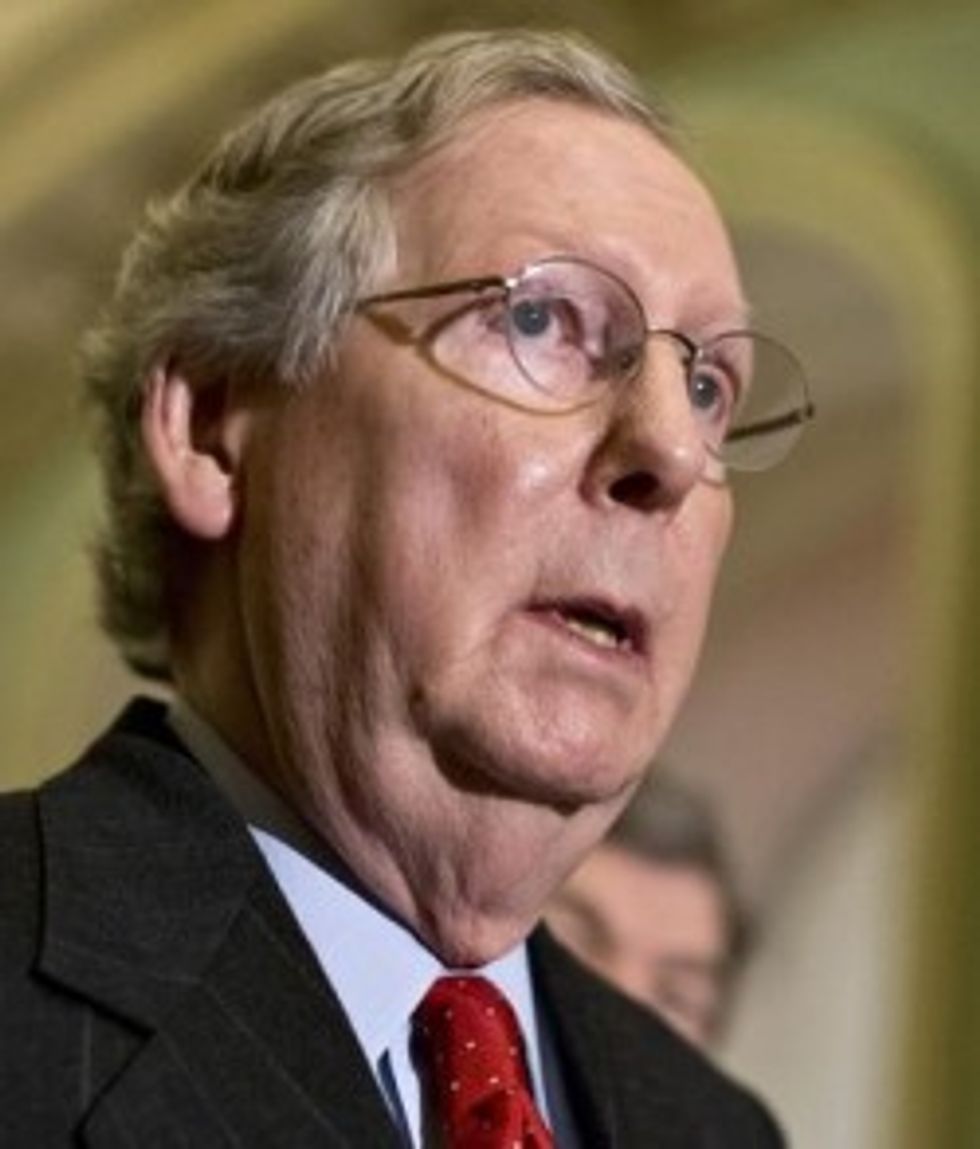 Senator Mitch McConnell's reelection campaign is trying the old "Sure, I care about ladies and their dumb concerns" strategy,even if it has to shade the truth just a little bit:

A press packet that McConnell’s spokeswoman distributed to reporters at a Friday event titled “Women For Team Mitch” features testimonials from Kentucky women. One of them caught the eye of Joe Sonka, a reporter for the Louisville-based LEO Weekly, who posted it on Twitter.

The quote, attributed to a woman named Angela Leet in Jefferson County, read, “Mitch was the co-sponsor of the original Violence Against Women Act -- and continues to advocate for stronger policies to protect women. I am proud to call him my senator.”

See, there's actually a sort of true statement in there, if you don't mind McConnell taking credit for a bill that never got passed:

McConnell did cosponsor a version of the Violence Against Woman Act in 1991, which never received a Senate vote. But by the time the measure came up again in 1993, McConnell was no longer a cosponsor, and in fact voted against final passage of the bill. In 2005, it was renewed by an unrecorded voice vote. In 2012, McConnell voted against the Senate-passed VAWA, which died in the House. Then early in 2013, he again voted against VAWA re-authorization, which passed the Senate by a vote of 78-22, and eventually passed the House and was signed into law.

Oh, and McConnell also supported a "scaled-back GOP alternative to VAWA" that didn't extend the law's protections to icky gheys, or illegal immigrants, or Native Americans in inconvenient jurisdictions. Because come on, you start protecting illegals from domestic violence, and pretty soon they'll think other laws apply to them too.

McConnell's Democratic opponent Alison Lundergan Grimes called the claims deceptive, and so of course McConnell accused her Friday of using

Stop being so divisive, Barack Hussein Lundergan Grimes! Americans don't want to hear all your gender-based attacks about violence against women!