Mitch McConnell Short Some Votes For Murdering Your Mom 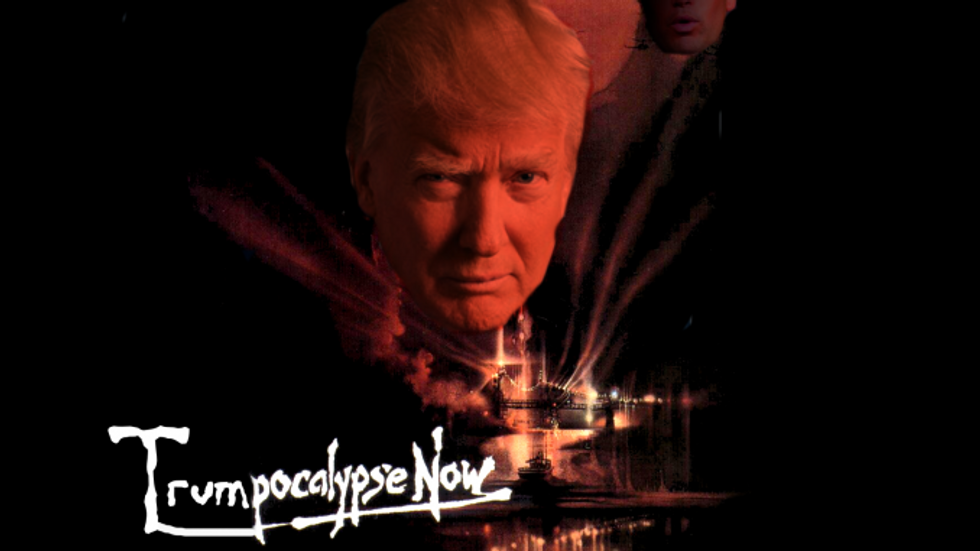 I wanted bipartisanship. And for my sins, they gave it to me.

How grim are things looking for the Senate's Fuck The Poors Agenda, Medical Care Division? Now that the Congressional Budget Office has estimated the Better Move To A Country That Cares bill will leave 22 million more Americans without health insurance, more Republicans are saying "ummmm" and remembering really important fundraising calls they need to make when asked about the thing. Senate Rs have decided to put off a vote on Affordable Care Act repeal until after the 4th of July recess. They might even have to talk to constituents, now! At the very least, they're going to try rewriting the thing, maybe with a different font and wider margins so the CBO will give it a better score. Donald Trump has also asked all Republican senators to meet him at the White House this afternoon to talk strategy, and maybe so he can spill some top secret intelligence information (we kid -- they're not Russians!). That meeting is scheduled for 4:00 this afternoon.

The delay seems to have averted a far more frightening possibility: Earlier today, Politico reported that Majority Leader Mitch McConnell had warned Trump that if the Senate can't pass ACA repeal, Republicans might be forced to work with Democratsto fix problems with Obamacare instead of eliminating insurance for tens of millions of Americans. Truly, that prospect is too horrible to contemplate.

This all had to have come as a huge disappointment to Trump, who just yesterday told the nation via Official Statement Twitter he's thinking of maybe just withholding ACA cost-sharing payments from insurance companies, and how would you like it if the market collapsed, which would totally be Democrats' fault for writing a law Trump could sabotage so easily.

Now that Senate Republicans have decided they can't scrape together 50 votes by Friday, it's unclear whether Trump will still go through with unilaterally trying to destroy the individual markets; here's hoping some of those at today's meeting might persuade him that's a bad idea. For all we know, maybe Elizabeth Warren will have to tell the President she'd like nothing better than for him to withhold the cost-sharing payments, which might convince him to increase subsidies just to spite her.

Reportedly, McConnell recently raised the specter of bipartisanship with both Republican senators and with Trump, explaining that a Republican failure to pass a repeal could have terrifying consequences, according to several Senate aides:

“If we fail, we’re going to be negotiating with [Democratic Leader] Chuck Schumer,” said one Republican staffer.

Such a fate, far worse than slashing Medicaid and jacking up premiums so high that many would be priced out of the market, appears to have receded with the delay.

Why, yes, the Senate's Obamacare repeal will make people get sick and die. This is a surprise how?

So now we can look forward to a nice quiet Fourth of July, a chance to appreciate what really makes America great: Senators secretly drafting a plan to remake a sixth of the economy -- possibly leading to an economic crash, starting with the healthcare industry -- and returning the uninsured rate to where it was in 2010, with a resulting increase in deaths from treatable illnesses and a return to medical debts causing half of the nation's bankruptcies.

While we'd like to think that maybe this setback might lead Senate Republicans to just give up, we also thought the House wouldn't manage to pass its horrorshow of a bill, either, so we won't be surprised if the main thing McConnell and crew learn is that the bill was far too public this time around, so next time, they'll spring the real bill on the public an hour or so before the Senate votes on it.

Yr Wonkette is brought to you by reader donations. Please help by clicking the "Donate" linky below.