Mitt Romney Didn’t Want To Be President Anyway, You Jerks 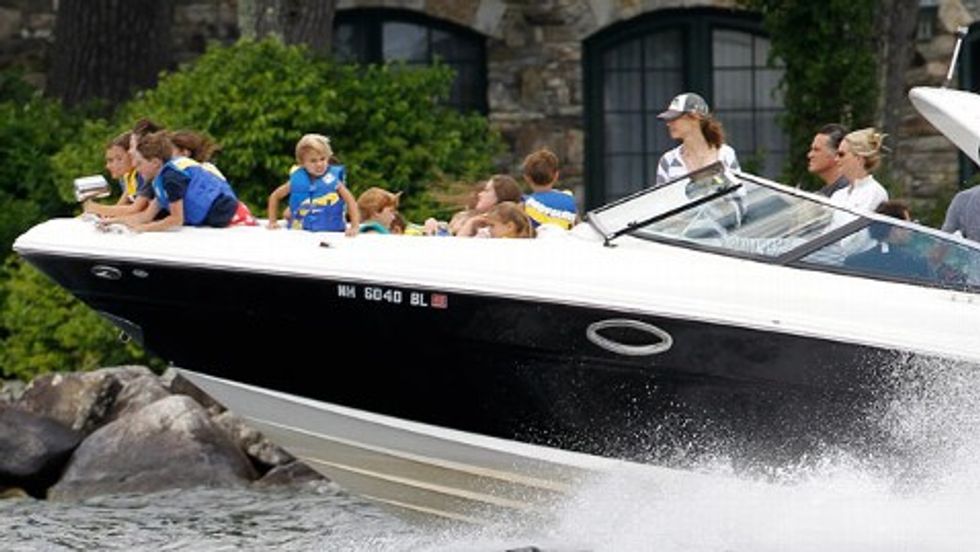 Whatever, being president isdumb. Who would want that anyway? I'm glad I didn't get to be president. I'm going home. And give me my basketball back!

These are the thoughts of one Willard Romney, per his son of equally silly name, Taggert, who told the Boston Globe that, like, whatever man, Dad didn't even want that stupid job, and that he didn't even really want it during the campaign, either.

Believe it, folks: The man who ran for president — twice — didn't actually want to be president.

“He wanted to be president less than anyone I’ve met in my life. He had no desire to . . . run,” said Tagg, who worked with his mother, Ann, to persuade his father to seek the presidency. “If he could have found someone else to take his place . . . he would have been ecstatic to step aside..."

While it's unlikely Romney has ever been "ecstatic" about anything, it's interesting to find out that he felt the same way about running for president as most dads feel about going to dance recitals.

And what's this about finding someone to take his place? There were nine candidates at the Orlando debate. Dude wasn't "stepping aside."

But encouraging a (second) run for president wasn't the only contribution Tagg made: In addition to saying he wanted to clobber the president of the United States, he "drew up a list of 12 people whose lives had been helped by his father in ways that were publicly unknown but had been deeply personal and significant, such as assisting a dying teenager in writing a will or quietly helping families in financial need."

This idea was eventually implemented, and it was very creepy. If "People getting a glimpse at who he is as a person" is a liability for a candidate, maybe that person isn't so great of a candidate. Jeez, even Nixon had that whole Checkers thing, but Nixon probably didn't want to run for president, just like Mitt Romney, who helped out so many families, sometimes maybe by telling single mothers they are disgraces and should not keep their children.