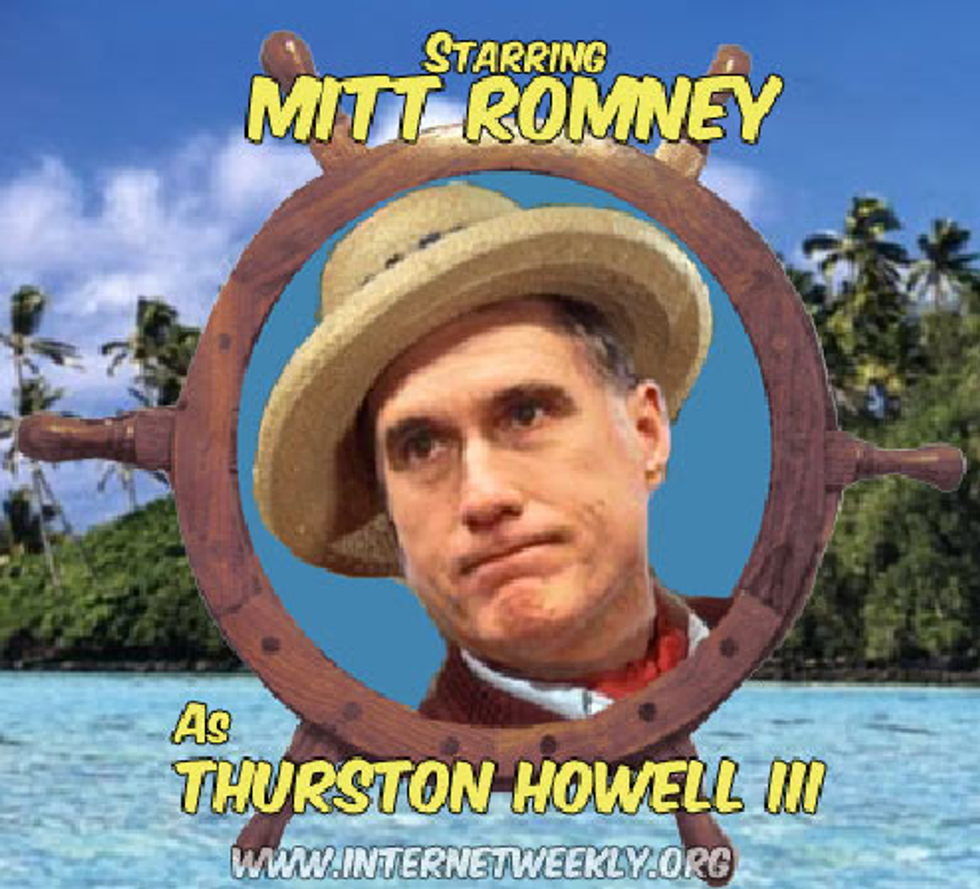 Mittens McRomneybot briefly activated his sensory and communications units Friday to Mittsplain that he's pretty sure that House Republicans are going about this business of killing Obamacare the absolute wrong way. Now, you might expect Romney to suggest that Republicans stop worrying so much, because most elements of the Affordable Healthcare Act have been working just fine in Massachusetts since 2006, and he oughta know. That, of course, is what the alternate-universe Romney -- the one from a parallel Earth where people are logically consistent -- would say. In our timeline, we are stuck with the Mitt Romney who completely failed to become president by running against his own damn health insurance plan. So now hebrings that same expertise to the House GOP, telling them that blowing up the whole government to kill Obamacare dead is a bad idea:

"I think there's a better way of getting rid of Obamacare -- my own view -- and that is, one, delaying it by at least a year. That was Senator (Joe) Manchin's idea, the Democrats' idea," Romney said.

We have a sneaking suspicion that Romney just got behind this idea because the name "Manchin" makes him think of home. But sure, President Obama would be probably just be delighted to sign a compromise that ensures another year of House votes to kill Obamacare.

We would say more about the Mittbot's terrifying march of death and destruction, but we were distracted by the need to nitpick this very, very wrong detail in Talking Points Memo's story, which warns that the deadline for congressional action "is set for Monday at midnight, at which time the federal government is due to run out of money."

The government doesn't run out of money until October 17 -- by which date Congress needs to pass an increase in the debt ceiling to allow the gummint to borrow money to pay for stuff we've already committed to. Needless to say, this means that in two weeks, we can count on yet another congressional fuck-tussle. That's actually a bigger deal than the end of the continuing resolution, since if Congress screws that up, the U.S.A. defaults on its debt and the world economy crashes and nobody ever gets a pony.

Except Mitt. Mitt already has all the ponies he wants, and by god, they will dance.