Mitt Romney Still Flip-Flopping ... From *Beyond The Grave*!!!1! 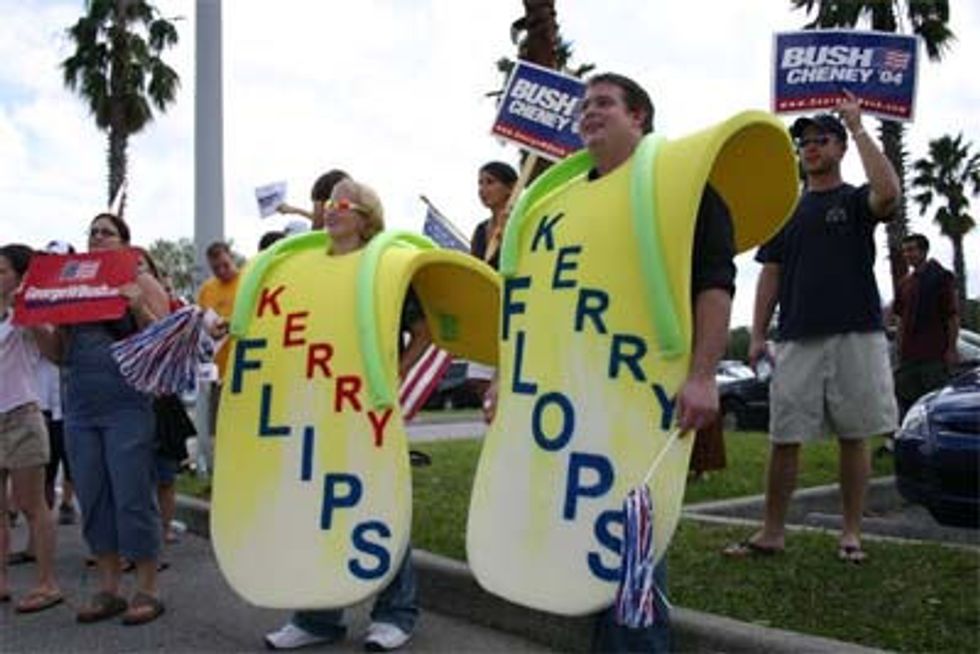 Romney has said he doesn't agree with Republicans' shutdown tactics. While speaking at an event at the University of Utah, Romney repeated those claims.

"My tactic does not include shutting down the government. But we'll see which tactic works," Romney said, according to Salt Lake Tribune reporter Robert Gehrke.

Hannity asked him directly if Republicans are doing the right thing by holding their ground on Obamacare. Romney replied, “I’m with the Republicans that want to make sure we finally address the spending crisis that’s ahead.”

That is indeed the flip-floppin' Mittens we know and ... that we know.