Mitt Romney To Nutter Rapey Doctor Last Year: 'We Agree On Almost Everything' 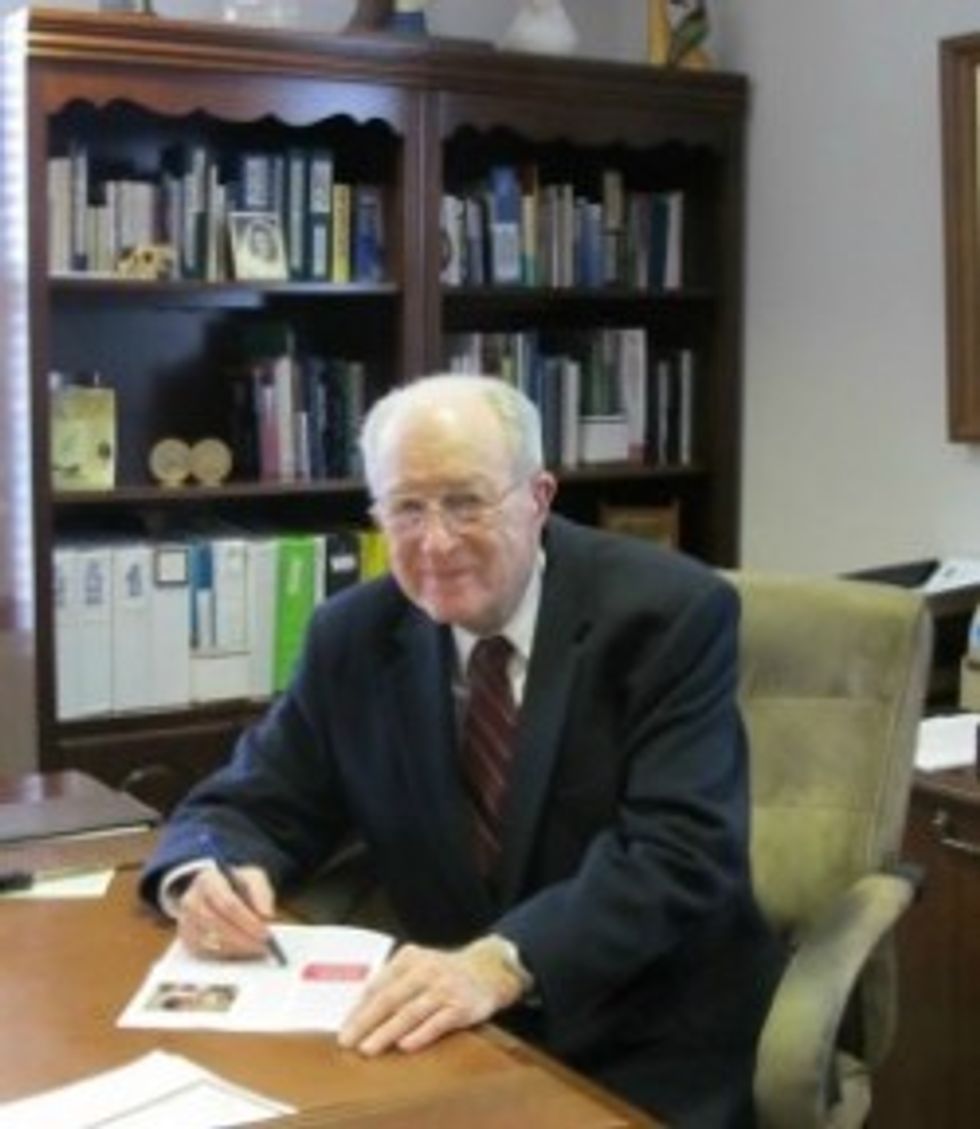 You may have heard over the past few days of Dr. Jack Willke (because youread Wonkette with slavish devotion), the crazy man who spreads the lie that you can't get pregnant if you're goodly and righteously raped. You probably also heard that he was buddy-buddy with Mitt Romney in 2008, because Mitt Romney would do a soccer potluck with Idi Amin and the Tamil Tigers if it got the Family Research Council off his back for a week.

What you may not have heard (JUICY GOSSIPS) is that Romney met up with Willke during the primary in 2011 and sent him a giant love note with his mouth. The talky kind, not the other kind, even though it would have been a lot more supportive. Maybe next time.

Dr Willke told The Daily Telegraph that he did meet Mr Romney during a presidential primary campaign stop in the doctor's home city of Cincinnati, Ohio, in October last year. Local news reports at the time noted that the candidate held “private meetings” during the visit.

“He told me ‘thank you for your support – we agree on almost everything, and if I am elected President I will make some major pro-life pronouncements’,” Dr Willke said in a telephone interview on Tuesday.

“I thanked him, and said I knew where he was – that he was 99 per cent of what we wanted,” he said of the roughly ten-minute meeting. “I told him I would help in any way I could”. A spokesman for Mr Romney declined to comment.

Unsurprisingly, Dr. Willke thinks that Todd Akin is getting thrown into a dumpster like an unwanted consensual sex baby because he used one single wrong word once.

Dr Willke wrote an open letter on Tuesday declaring that “the pro-life movement and I unequivocally stand with Rep. Akin” despite Mr Romney and several other party heavyweights saying that he must step aside.

“The guy is clean,” he told the Daily Telegraph. “He made one mistake by using the wrong word and the volcano erupted. The powers that be in the Republican party threw this guy overboard”.

Paul Ryan also met with Doc W, and agreed with him, because for some reason the entire Republican Party travels to the doorstep of one crazy man in southwest Ohio and kisses his spastic tube ring.

The doctor said that he had also met Mr Ryan, who sits in Congress for the Wisconsin district in which one of his sons lives, several times. He said that after listening to Dr Willke’s views on abortion during their last encounter, Mr Ryan replied: “That’s where I’m at”.

The real question now is not whether Romney and Ryan still support Dr. Willke's ideas - they do, of course, and will force children nationwide to learn that lady tubes flex and wiggle uncontrollably during rape, complete with awkward-yet-adorable middle-school song and dance performance - but whether they will reveal their identical "Willke Can Milk Me" back tattoos before Election Night. All signs point to yes.