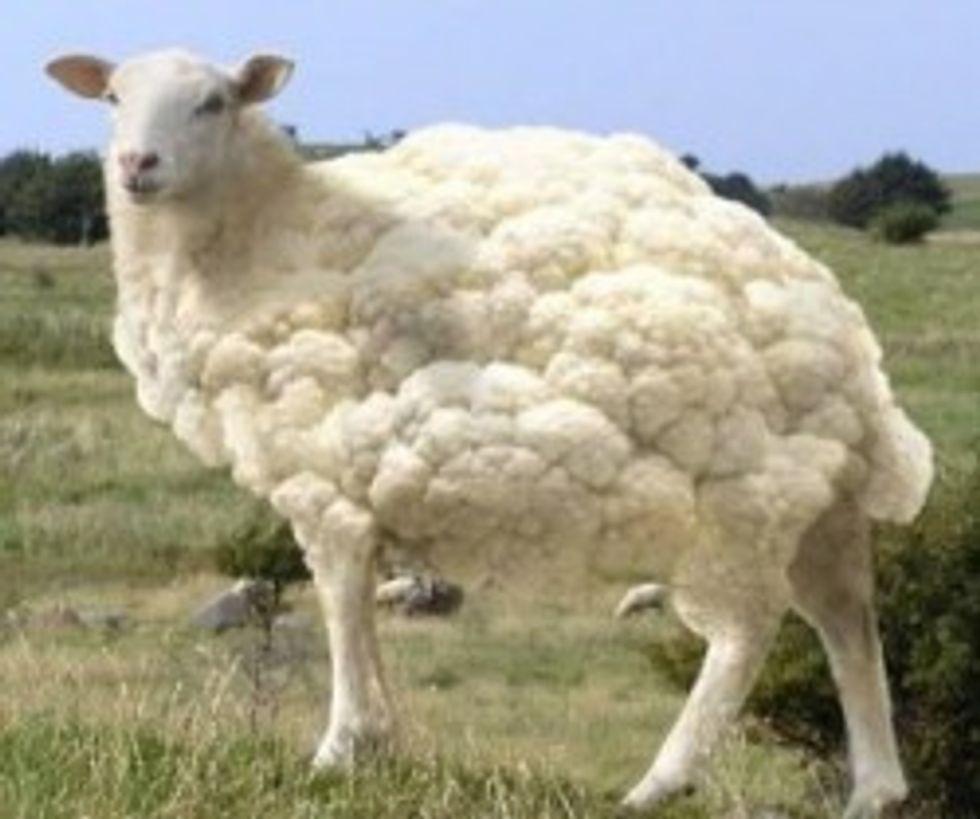 Monsanto, that sickening institution behind Agent Orange and strawberries made out of fish and sugar made out of Axe Body Spray,* has claimed and will probably claim until the end of time that you don't really need to know that your "all-natural" cereal is actually created in a lab. DON'T YOU LIKE IT? Don't you feel yourself turning into a Transformer? But the state of Vermont is particularly not thrilled about Monsanto's coquettish behavior, and is trying to pass H. 722, which would require food labels to tell you whether a product is genetically modified, and would prevent that "all-natural" designation from appearing on the packaging of a GMO food, BECAUSE IT ISN'T. The corporation has so much disgusting dirty cash on hand, however, that it has decided to intimidate the people of Vermont -- not a timid bunch, mind you -- out of proceeding with the bill. The sad thing? It looks like it's working. Fish strawberries WILL RISE AGAIN.

Alternet writes that Vermont lawmakers are actually "dragging their feet" over the bill because Monsanto is proving, once again, to be a bunch of bullies with enough money to put multiple entire law firms on its cases. One theory is that Vermont will have to "go it alone" in court if it passes the bill, because it will make the state the first in the nation with such a law. Instead of seeing this as HEROIC, certain lawmakers appear to be having second thoughts and are holding public hearings over the bill in what appears to be an effort to stall all the way until the end of the current legislative session in May. In other words, some Monsanto employee has handed over stacks of cash to some influential Vermonters, and it appears to be hushing them up nicely?

Perhaps if California passes its similar Right to Know Act, which is currently in the process of gathering signatures for the November ballot, Vermont would have the courage to be second in the nation? But the website of the bill, Vermont Right to Know GMOs, points out:

50 countries including the European Union, Japan and China already label genetically engineered foods. Vermont should be the leader on this important issue here in the United States.

Also, do not wait for California to do things! You may be waiting a long time, e.g. until the Second Coming of the Dinosaurs!

Because of our peerless legal system, if the bill goes forward, Monsanto will likely succeed in suing the entire state of Vermont and thus exercising its Right to Not Tell, just like it did with the rBGH milk fiasco, in which Monsanto's lawyers were enticed by wads into arguing that milk producers should not have to declare whether their products contained that particular bovine growth hormone or not (AND WON).

Now, to what degree does this matter? Let this pretty chart from the USDA itself explain: