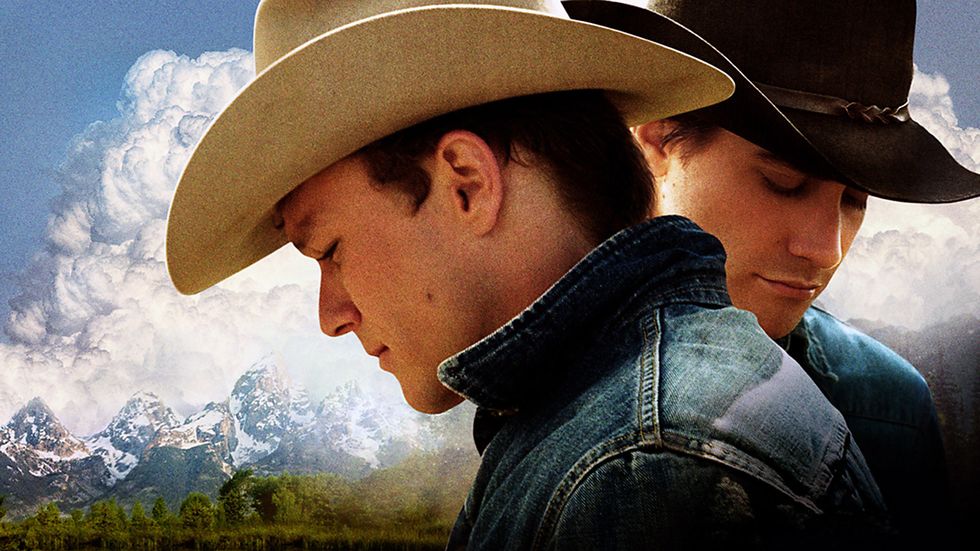 Yeah yeah yeah, Brokeback was set in Wyoming, WHAT IS THE DIFFERENCE?

Seems like not a day goes by lately where some unelected lawyer in a robe or elected politician wearing pants of some sort doesn't declare war on Jesus and Christmas and good Christian common sense by forcing the gay agenda down the throats of all good god-fearin' American patriots. Here is what Democratic Montana Gov. Steve Bullock has done to glitterbomb Big Sky Country with homosexyianism:

In a press conference earlier today Governor Bullock celebrated Martin Luther King Jr. day by noting that it is time to “recommit to King’s values of compassion and equity” by expanding protections for LGBT people in Montana. He also spoke to Montana’s private business owners, stating “while an executive order applies to state government only I encourage private businesses to examine their policies as well.”

[contextly_sidebar id="0LymnHglyokL9V7LhnxqvnarDVwdcwxi"]OH GREAT, THAT'S JUST GREAT. Another politician stealing the legacy of Dr. King and giving it to homos. Doesn't the governor know King's true message was about abortion, as his niece Alveda explains all the time? And doesn't he know, as white Republicans explain all the time, that it was also about making America great again for white Republicans? Don't tell us your liberal lies about how King's wife Coretta forcefully supported LGBT equality, and how she said Dr. King himself would likely have supported it, because SHUT UP YOU LIAR.

[contextly_sidebar id="5MlKcsMgDeyGKg6lrj5TeLKytgl7B3fA"]As we 'splained when new Louisiana Gov. John Bel Edwards announced his intentions to executive order gay equality from Bobby Jindal's old seat, these orders don't always directly apply to bid'ness interests in the state, otherwise it would probably be TYRANNY! or something. But the idea is that if the state adopts policies that ensure LGBTs (it's pronounced "legbots") won't face discrimination in hiring, firing and what have you, that gayness will spread out to the business community as a whole, and encourage everybody to be a little bit more decent. It's called "Trickle-Out Gayness," and you probably can study it at your local liberal institution of higher learning/indoctrination.

[contextly_sidebar id="zS1Jnc5lZG3FjQY3Crze33JdpSMdWgMp"]Luckily, the business community is often ahead of the government, as we saw in Indiana,Arkansas and Louisiana after those states passed Religious Freedom Restoration acts (RFRAs) intended to protect put-upon conservative Christians by fucking gays out of their rights. They raised hell, and now those RFRAs can't be used for discrimination. (Though, big effin' surprise, they're trying to amp the "fuck the gays" debate right back up in Indiana.)

[contextly_sidebar id="2yHvJEsy9gSfRA63QICPhYcYCEuKeKqz"]We continue to hope the business community in Houston will raise MORE hell, so the city's equal rights ordinance (the HERO ordinance, which got voted down because gay equality means boys put on dresses and invade ladies' restrooms to do sex to them, OBVIOUSLY) might be restored.

For now, we'll just be happy that Montana is safe(r) for the gaysexitarians than it was the day before this happened, and that the gay disco balls of full equality continue to roll ever forward, with liberty and justice and showtunes for all.