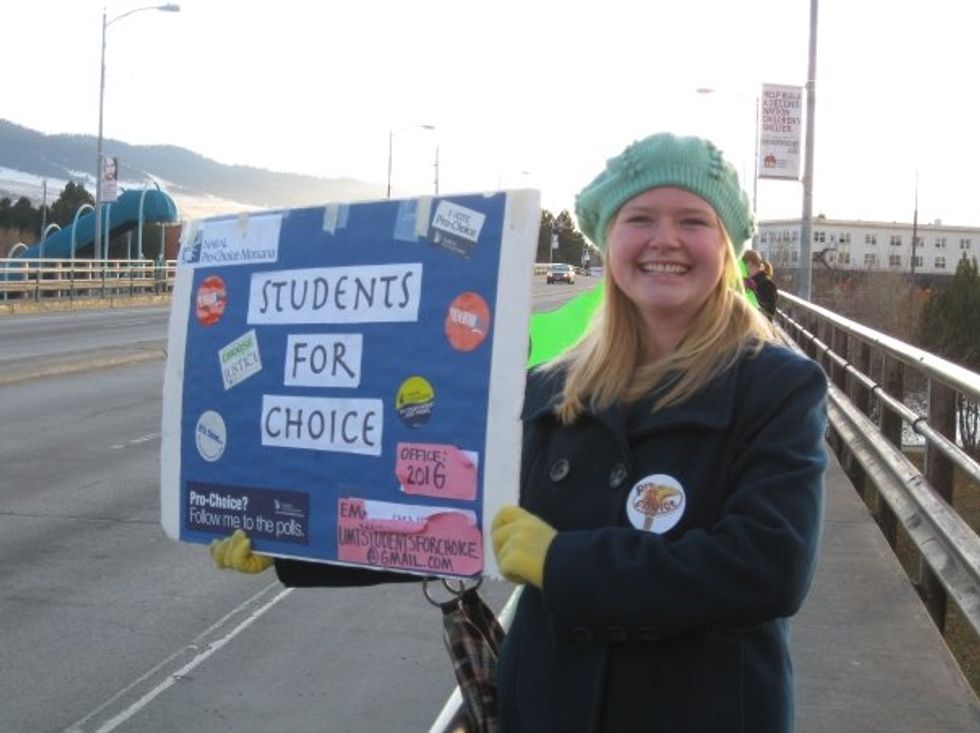 Pretend you're a state legislature, and you really REALLY want to make it so ladies don't do abortions, even though that is a thing that is still legal in U.S. Jesus America. You have lots of options! You could try to ban all abortions after 20 weeks, which 10 states and Congress are trying to do. You could ban all abortions at some other gestational point, which 32 states are working on. You could try to scare ladies away from having an abortion by offering information that is not necessarily even accurate about fetal pain, as 12 states do. Or you could get really creative, like in Montana!

Rather than just proposing all those old-fashioned kinds of 20-week bans, a Montana House Committee is taking up H.B. 479, the Montana Unborn Child Pain and Suffering Prevention Act, which would require mandatory fetal anesthesia prior to an abortion at 20 weeks or later. (West Virginia Republicans introduced a similar bill in January, requiring anesthesia at 7 weeks.)

What's so wrong with requiring a pregnant woman to have anesthesia administered to the fetus she's aborting, whether she wants it or not? Well, for one thing, it is based on the scientifically incorrect assertion that fetuses can feel pain at 20 weeks. For another thing, the health effects of fetal anesthesia on pregnant ladies are unknown. But pregnant ladies would probably be fine with their bodies being used as a science experiment, right?

The Montana bill's sponsor, state Rep. Albert Olszewski, is another one of those magical Republican lawmakers who just knows things about ladies' bodies. He is an orthopedic surgeon, and he has probably treated lady patients, ergo, he has a nuanced understanding of the female reproductive system and doesn't need to pay any attention to the findings of actual ladyhealth doctors who have studied this subject. In response to a question about whether and at what point fetal pain would even be possible, Olszewski said:

Based on the scientific research accomplished and published over the last three decades, the answer to this question is when the unborn child is 20 weeks gestation or older.

Evidence regarding the capacity for fetal pain is limited but indicates that fetal perception of pain is unlikely before the third trimester [or 27 weeks]. Little or no evidence addresses the effectiveness of direct fetal anesthetic or analgesic techniques. Similarly, limited or no data exist on the safety of such techniques for pregnant women in the context of abortion. Anesthetic techniques currently used during fetal surgery are not directly applicable to abortion procedures.

No data on whether it would harm the pregnant lady? Haha, like SHE matters -- she's just a vessel. Elizabeth Nash, Senior State Issues Associate at the Guttmacher Institute, told Wonkette Tuesday:

[T]he bill is based on unsubstantiated evidence about fetal development and would add a new layer of unnecessary risk to the woman’s health and of course add substantially to the cost of the abortion, which in turn would make it much harder for a woman to access to abortions at 20 weeks postfertilization and later.

This legislation is a sneaky way to dramatically limit abortion access, because obviously reproductive health clinics don't have fetal anesthesiologists on staff.

Both the Montana and West Virginia fetal anesthesia legislation contain another horrible surprise for pregnant ladies who seek a late-term abortion. The bills include a medical emergency exemption that would override the fetal anesthesia requirement in certain circumstances, but the definition of "medical emergency" specifically excludes the risk of suicide. The Montana bill states:

[A] condition does not constitute a medical emergency if it is based on a claim or diagnosis that the pregnant woman will engage in conduct that will result in substantial and irreversible physical impairment of a major bodily function or the woman's death.

How awesome. So the legislators have just enough compassion to exempt women with medical emergencies from their unnecessary mandatory possibly harmful science experiment, but suicidal ladies don't count? Is this supposed to be one of those "pro-life" bills that's all about caring for the mothers, or the unborn babies -- or just another underhanded attempt to chip away at the (still legal!) right to an abortion by making it as difficult as possible for women to actually do that? Yes, that's a rhetorical question. No need to answer.