Montana Still Wants To Prosecute People For Being Gay 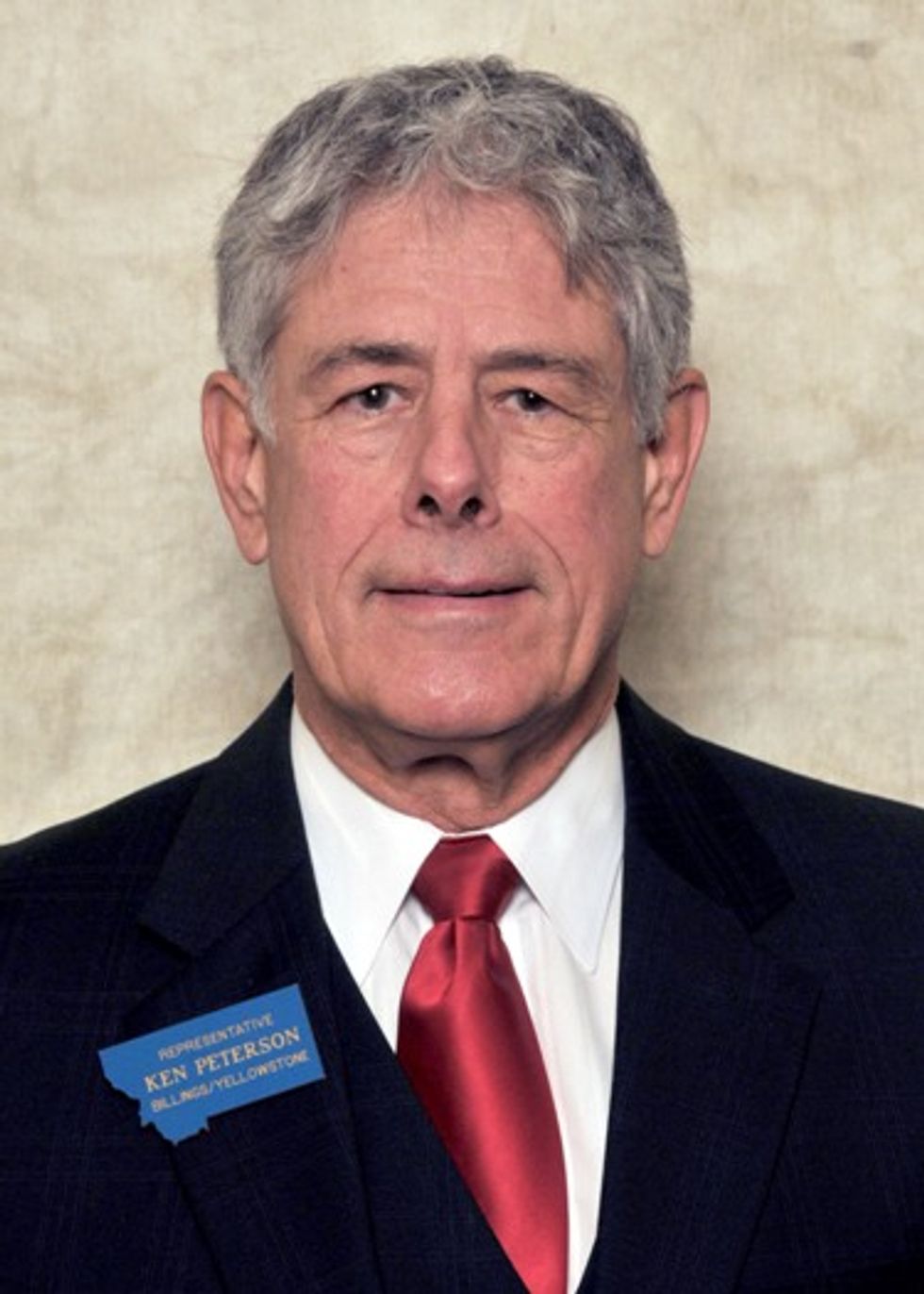 "Fourteen years ago the Montana Supreme Court ruled that a state law criminalizing gay sex violates Montana's constitution, yet the Montana Legislature has repeatedly failed to scrub the language, which places homosexuality in the same legal category as bestiality, from the books." Too busy trying to legalize drunk driving? No, Montana's legislators just hate gay people. According to Republican state Rep. Ken Peterson, the ruling against the gay-sex law has, thank God,left open a loophole for the prosecution of gays. What sort of thing could be illegal? "Here, young man, your hormones are raging. Let's go in this bedroom, and we'll engage in some homosexual acts. You'll find you like it," Peterson said (really). Some young man out there in Montana should go show up in Peterson's bedroom so he can be arrested.

"Homosexuals can't go out into the heterosexual community and try to recruit people, or try to enlist them in homosexual acts," Peterson says. He provides an example: "'Here, young man, your hormones are raging. Let's go in this bedroom, and we'll engage in some homosexual acts. You'll find you like it.'" Peterson hasn't actually seen this happen, he says, because "I don't associate with that group of people at all... I've associated with mainstream people all my life."

You can never doth protest too much, right? (Also, lol, Peterson thinks people who live in middle-of-nowhere Montana are "mainstream.")

Maybe this is just his way of celebrating the government shutdown; repeating the classic gay-fearin' rhetoric of 1995. [Missoula Independent]