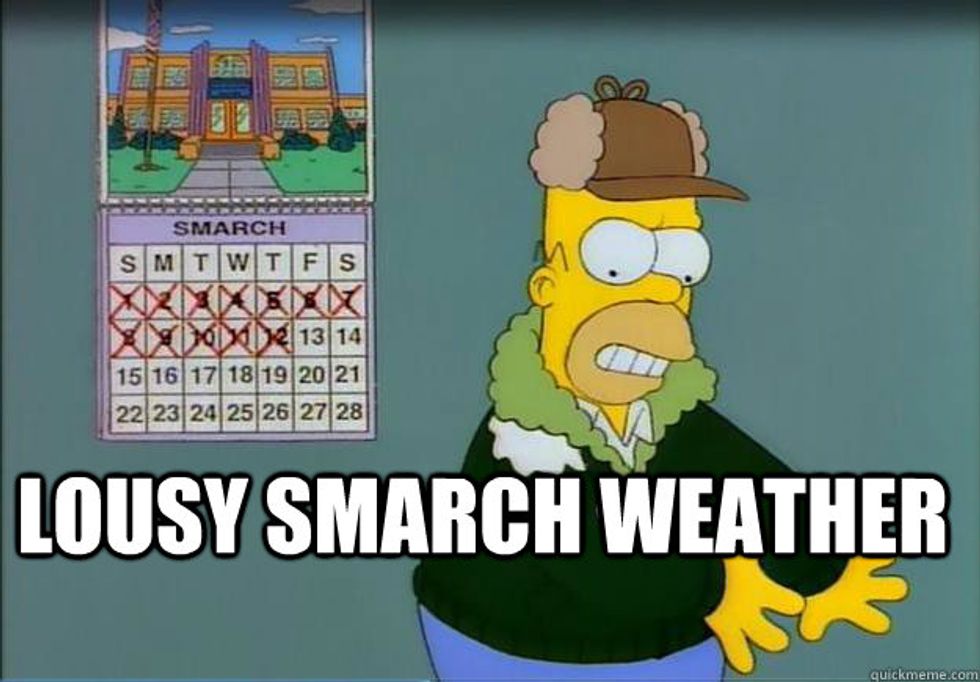 How many days are you planning to show up for work in 2016? Is it all of them? It's probably all of them, because you are a Sucker-American and not a member of Congress, a job that offers many wonderful perks, including making up a "work" schedule that would make the French blush.

To allow members of Congress to spend even more of their year running for re-election, as opposed to running the government, next August will begin on July 15:

The traditional August recess will be a seven-week break from Washington — longer than the five weeks the House took this year and in 2014.

It will also include the month of October. And because Election Day itself will be quite exhausting, members will take the rest of the week off and show up back at the office for four days the following week, and then it's Thanksgiving vacay time! You know how showing up to the polls and smiling for the camera and then just, like, waiting for other people to count the votes to grueling hard work.

No, wait, you don't know, because you are not a member of Congress. Hell, you probably only take three days off for three-day weekends too, you dummy.

Courtesy of House Majority Leader Kevin McCarthy, here's the 2016 schedule for representatives to show up to the office. The unmarked days are when our elected leaders are supposedly meeting with constituents. Or whining about how they aren't paid enough, which apparently counts as "work."

Sure, it's tradition for the House of Representatives to spend even less time at the office during an election year, because it's more important to woo the people than to represent the people. But this Congress has raised the last one's record for laziest sack of Congress ever to an art form, with it seven-week month of August. Don't forget to send your Nanna a birthday card on the 43rd of Augtember!

We might be slightly more sympathetic to the claim that Congress needs those days to spend at home, listening to constituents, if we believed for a second that's what they do. But given that Congress has an agenda that in no way reflects what the American people keep saying they want -- stop pestering Planned Parenthood, for example, and stop stroking to Hillary Clinton's emails about binge-watching "The Good Wife" -- we're thinking "constituent days" is just a euphemism for "sleeping in and binge-watching 'The Good Wife.'"

Considering how many days Congress spends not in the office, it's a real mystery how it keeps running up against those tight deadlines to make the minimum payments on our country's bills before our lights get shut off, innit?

[The Hill via Gary Legum]