Mormons Apparently Not Allowed To Do Sex With Their Mouths 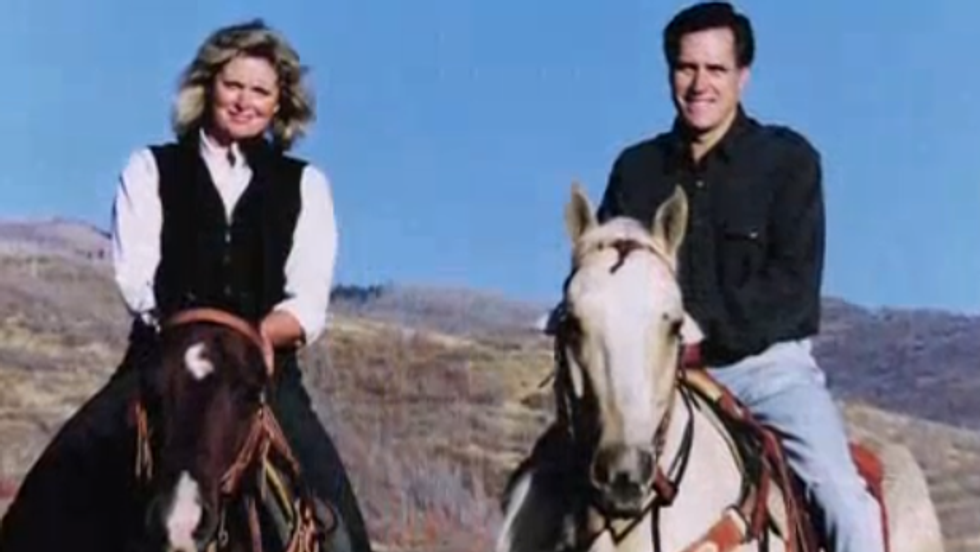 General JC Christian, Patriot,points us to these sad LDS sex-rules that are doubtless responsible for making Miffed and Egg Romney such delightful humans to be around:

LDS President Harold B. Lee: I was shocked to have you raise the question about 'oral lovemaking in the genital area among married couples.' Heaven forbid any such degrading activities which would be abhorrent in the sight of the Lord. For any Latter-day Saint, and particularly those who have been taught in the sacred ordinances of the temple, to engage in any kind of perversions of this sacred God-given gift of procreation, would be sure to bring down the condemnation of the Lord whom we would offend were we to engage in any such practice.

Even Pat Robertson thinks it is cool by God if ladies suck on and fondle their husbands' penises and balls!

Meanwhile, Josh Fruhlinger claims with no firsthand evidence that Mormon teens do a thing! "It is called 'parking' and it involves a boy putting his thingie in a girl's hoo-hah but then the two of them remain absolutely still. According to mormon teen lore, this means it doesn't count, for god." IS THIS TRUE? Well, it has an entry in UrbanDictionary, so OBVIOUSLY IT IS TRUE.

We are sad for you today, Mormons. Maybe you could be more like Catholics, and just do whatever you like! (Like vote for Obama even though Kathryn Jean Lopez and some bishop say that will imperil your eternal soul.)