Morning Loathe: Wisconsin GOP County Board Candidate Jason Wisneski Is The Very Best At Being The Worst 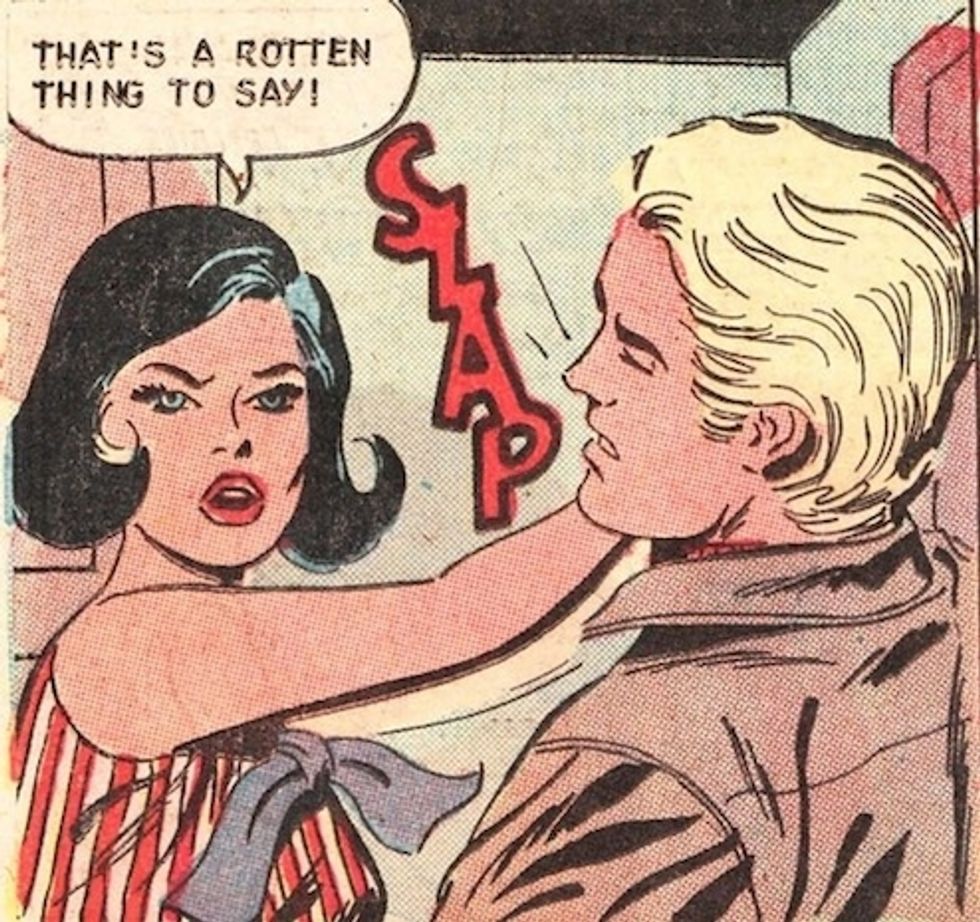 Was there a contest for worst human being in the world and we somehow missed the announcement of the competition? There must be, because one Jason Wisneski, Republican Brown County Board candidate, is leading the pack by being so all-around terrible that it is tough to know where to start. Like, he's so terrible we have no idea how to get it all in before the jump. Super short version: Wisneski, a prince among men, plead guilty to animal cruelty and, when this was discovered during his campaign -- because arrests are exactly the sort of thing that get turned up during elections, dummy -- he decided to mock a totally random other Democrat in Wisconsin by calling him a murderer when actually that person had lost a granddaughter in a terrible tragedy. Intrigued? Repulsed? So are we.

First things first. Looks like back in 2008 this noble gentleman plead guilty to one count of animal mistreatment but of course he didn't really do it he just didn't want to go to all that bother of fighting it. Whatever, guy. NO ONE BELIEVES YOU.

A candidate for the Brown County Board says his 2008 no-contest plea to mistreating an animal does not make him unfit to hold public office, and says that not fighting the charge was a mistake.

Jason Wisneski of Green Bay pleaded no contest to one count of mistreating an animal, a misdemeanor, in connection with a January 2008 incident in which a cat suffered four broken legs. Wisneski was sentenced to three days in jail and fined $88, according to online court records.

Wisneski said this month he did not cause the injuries to the cat, but believes it was injured when it got out of the apartment building. He said he did not contest the charge because he did not want to risk jeopardizing the insurance license he had recently obtained.

This is probably something that Wisneski was less than pleased to have all over the local paper during his run for office, but seriously, dude, it is an election. This is what papers were put on earth to do is find out shit like this about candidates like you. Did you really think it wouldn't come out?

Rather than just leaving it at the "naw mang I didn't really do it" stage, Wisneski decided to use this as an opportunity to attack Dave Hansen -- a person who is not even his opponent in this race because he is already a state senator instead -- in pretty much the most vile way possible, because lamestream media gives liberals a pass blah blah blah.

“It’s funny how they never bring up [Democratic state senator] Dave Hansen murdering his grandchild though,” Wisneski wrote in his post, which was later removed.

“Hanson is a murderer but because of who he is and his money he got away with it. Yet liberals forgive the child killer. Can you say hypocrisy?” Wisneski’s wife, Monica Podgurski-Wisneski, posted.

In 2007, Hansen accidentally struck and killed his 23-month-old granddaughter while backing out of the driveway of his Green Bay home. She died instantly of her injuries.

For the full effect of how shitty this is, you really need to see the screenshot of the post.

Jesus Christ Wisneski what the hell is wrong with you? Hansen no doubt lives with the tragedy of that accident every fucking day of his life, and you drag it out and call him a murderer because a paper dug up your nasty little animal-abusing past, which was not an accident AND YOU ADMITTED YOU DID IT. Fuck you fuck you fuck you. You wanna hate this guy more? Let him explain to you why he brought it up, because he totally had a good reason you guys.

“In a stressful moment I merely pointed out what I perceived as media bias because a tragedy was brought up in my life two weeks before my election that was truly not my fault but if a liberal politician goes through a similar painful tragedy it is not covered by the press with the same vigor,” he wrote.

Oh, and then he also tried the Republican version of "the dog ate my homework," saying his words were taken out of context and photoshopped by liberals and therefore the media called Hansen a murderer. Check the kerning!

Listen. Getting convicted -- which is what pleading guilty is, dumbass -- for animal abuse isn't a tragedy, you nitwit. It's a goddamn awful thing to have done and you're a goddamn awful human and now even your local Republicans hate you and want you to resign from playing in their reindeer games which, given the caliber of today's Republicans, means you're really terrible.

We do not wish people ill, Mr. Wisneski, but damn you make it hard to stick to that rule.