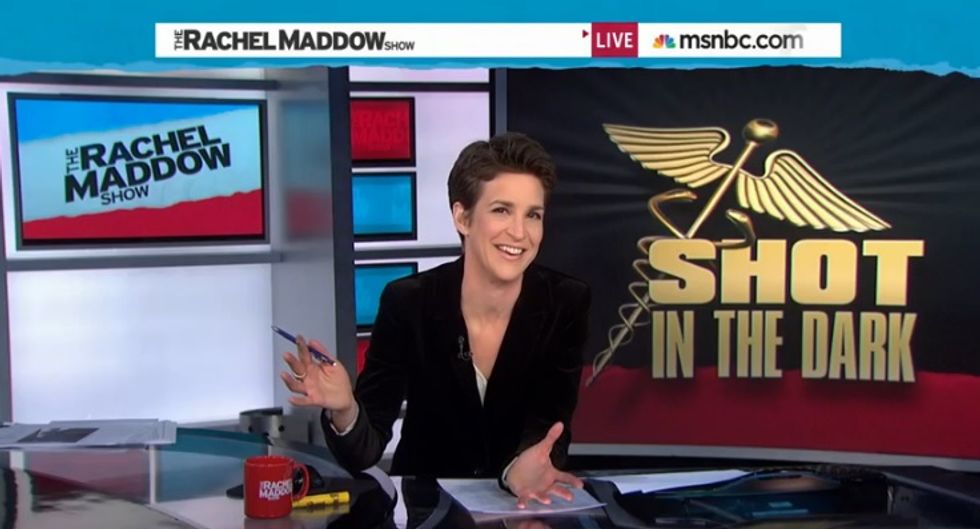 Rachel Maddow brings us Day Two of Republicans trying to figure out whether they believe in vaccinations against deadly diseases. In London, Chris Christie apparently took seriously her Monday piece about the curse of American politicians saying dumb things when they went to that city, because he refused to talk to reporters all day Tuesday, and not just about vaccinations. About anything.

Meanwhile, back home, the "conversation that Chris Christie started, and apparently now regrets starting, has gone off in a sort of hard-to-believe direction," starting with Rand Paul's bizarre comments on seeing perfectly normal children turning into mentally damaged zombies after getting vaccinated.

Make sure you catch Rachel saying "He's a doctor" at the three minute mark. It's beautiful, as is Maddow's deconstruction of Paul's weird follow-up statement in which he denied suggesting a causal relationship between vaccines and autism. That's Rand Paul: say something dumb, then insist that you were misunderstood by a bunch of dummies.

To follow up, Maddow interviewed Dr. Anthony Fauci, director of the National Institute of Allergy and Infectious Diseases, which is always a treat because she has such an obvious nerdcrush on the guy.