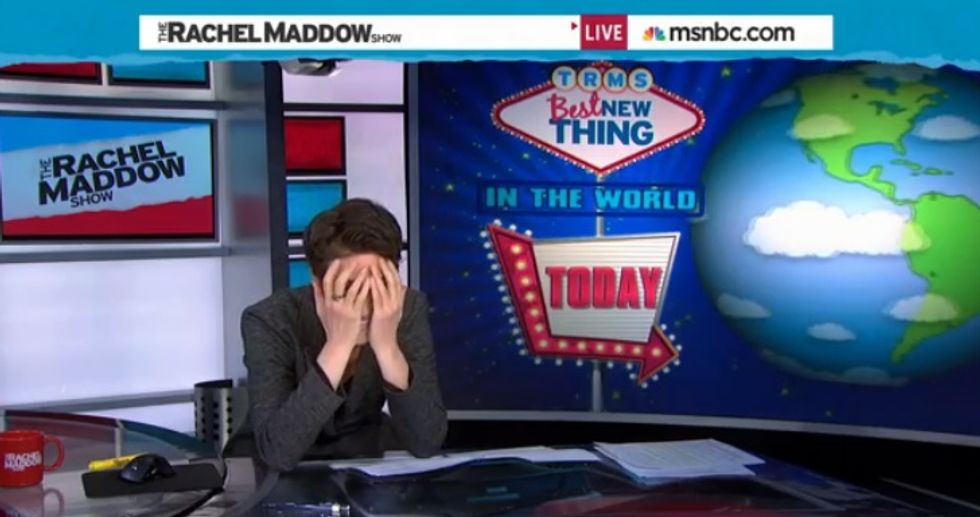 This may be the goofiest thing the Maddow Show has ever run. On the QVC shopping channel, host Shawn Killinger and designer Isaac Mizrahi got into a debate over the true nature of the moon, after Killinger remarked that the swirly pattern on a cardigan looked like the view of Earth from zillions of miles away, like "from planet Moon." Planet? No, that's not right. The moon's a star, isn't it? And so a shopping channel became the forum for a debate over whether the moon is a planet or a star, or maybe something else. When someone off set finally looked it up on Wikipedia and said it was a "natural satellite," neither Killinger nor Mizrahi were ready to buy that.

"Things live on it, I think it's a planet," said Mizrahi. And then there was the poor model in the background, who probably paid attention in class and was dying to go all Neil de Grasse Tyson on both of them.

We have to agree with Rachel. This may very well be among the greatest moments ever broadcast on television. It's right up there with Bill O'Reilly's "Tide goes in, tide goes out" or Miss Teen South Carolina's explanation of maps everywhere like such as. Also, we need to work on our educational standards.

Things live on it, I think it's a planet.