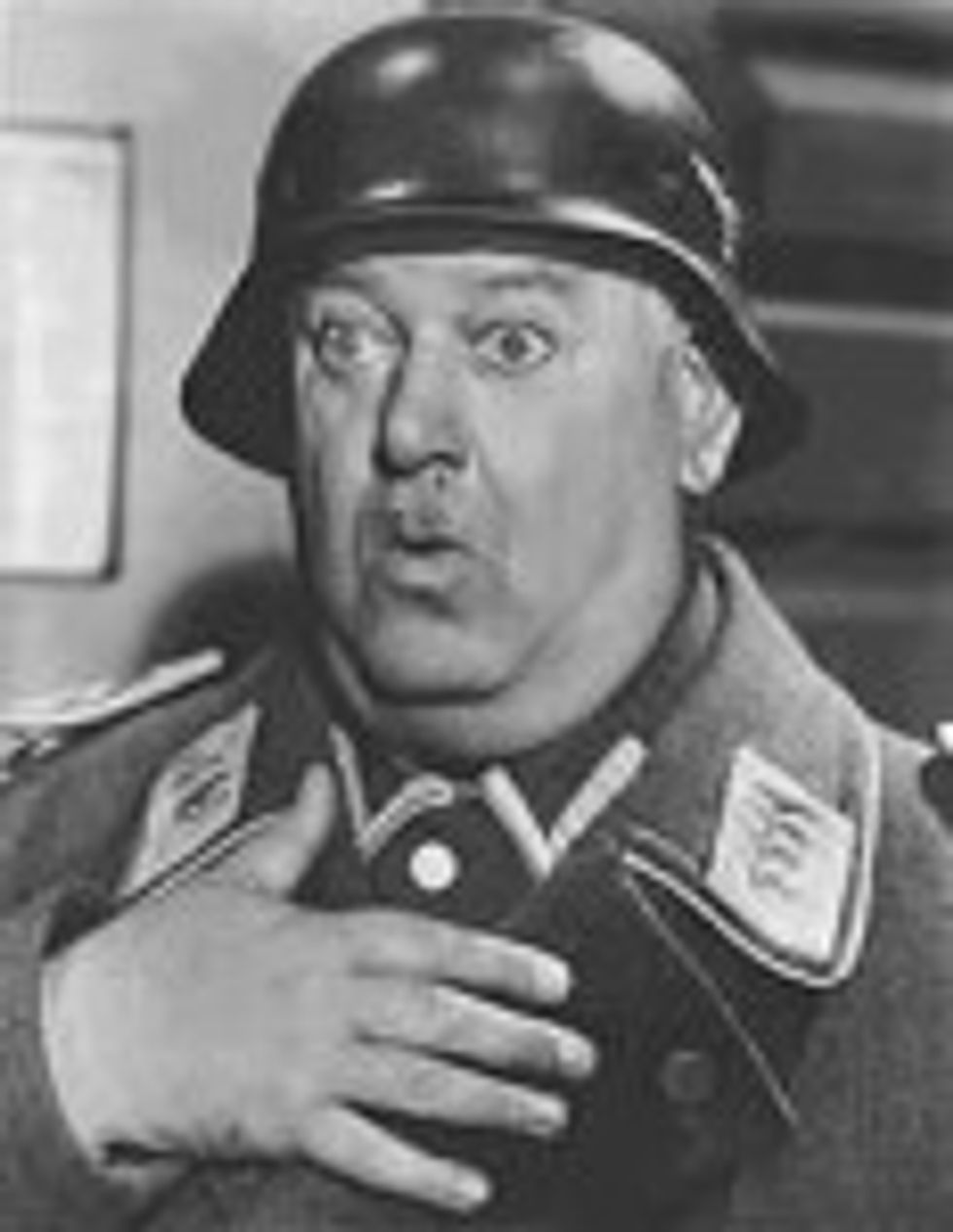 Republicans’ psycho cousin The American Nazi Party (ANP) registered its first lobbyist this week.They grow up so fast! It seems like just yesterday they were destroying the world! John Bowles, das lobbyist, registered Tuesday with House and Senate offices to represent the ANP.

This isn’t your grandfather’s Nazi party. This is a kinder and gentler Nazi party that has real concerns for all hard working, red white and blue loving white Aryan Nazi-Americans, not to be mistaken with that other Nazi party. These are ‘Heartland Nazis.’ John Bowles plans to lobby on “political rights and ballot access laws,” according to the documents.

Herr Bowles was the presidential candidate in the 2008 race for an “other” party, according to Federal Election Commission records. US News noted the “other” party was the National Socialist Movement.

Herr Bowles is not limiting his lobbying ventures, listing several “general lobbying issue areas” on the form he filed. Accounting, agriculture, clean air and water, "civil rights," health issues, the Constitution, immigration, manufacturing, and retirement are some of the issues that Mr. Bowles plans to address. ‘Equal rights for certain people!’ has been a long remembered motto for the Nazis and will surely complement today’s hip Republican values.

Herr Bowles seemed genuinely puzzled when asked whether he really thinks that any members of Congress or Hill staffers would take a meeting with a Nazi lobbyist.

"I don't see why not. Of course I won't approach anybody in Congress unless it's a very interesting issue or law. I'm going to be very careful about the issues I choose for this."

It's unknown if Nazi lobbyists can get an appointment with a Congressman. He should probably say he's from the Council of Concerned Citizens instead. Mr. Bowles doesn’t care. He sees a brighter tomorrow; one with hope of prosperity, blue skies and everyone marching to the beat of one drum.

"If you tell a big enough lie and tell it frequently enough, it will be believed." -- Adolf Hitler

"See in my line of work you got to keep repeating things over and over and over again for the truth to sink in, to kind of catapult the propaganda." -- George Bush