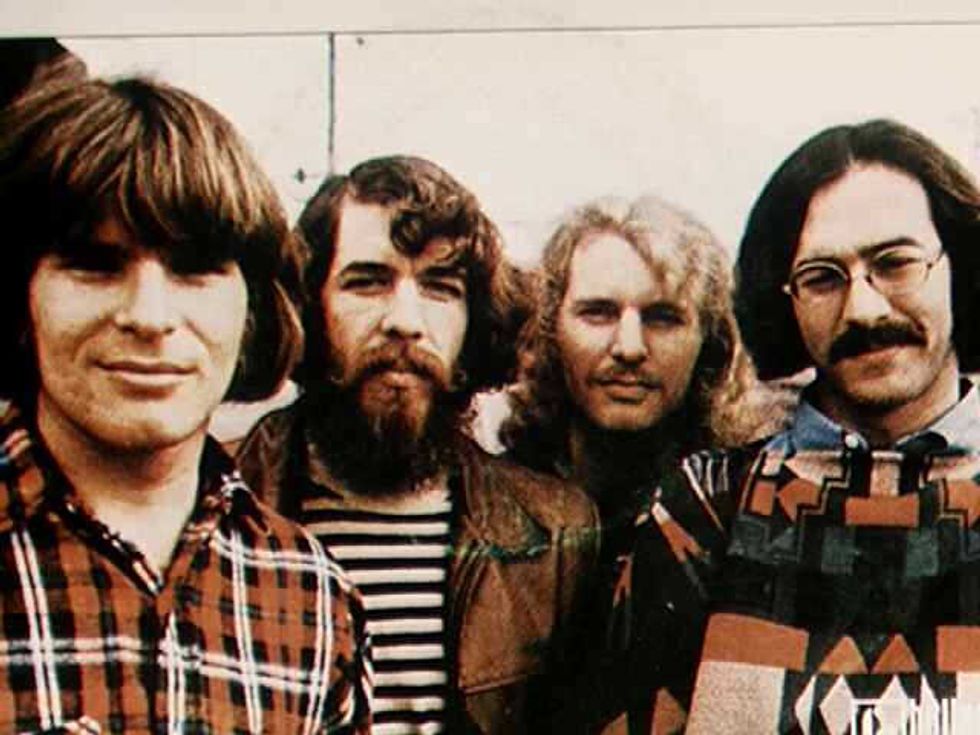 Did everyone catch the terrible Concert for Valor to honor our military veterans last night? We say it was terrible because some of the musicians took it upon themselves to dishonor the troops, the flag, the bald eagle, Mom, apple pie, baseball and Michael Bay movies. What was the offense committed by known communists Bruce Springsteen, Dave Grohl and Zac Brown? They covered Creedence Clearwater Revival’s “Fortunate Son,” a known "anti-war anthem." Outrage! A slap in the face!

So the wingnuts blew up over this act of subversion, and the shrieking meth monkeys at Twitchy (NINE FULL-TIME WRITERS!) were ON IT, as was some pimply-faced intern stuck working the night shift at Butterball Bill Kristol’s Weekly Standard.

The song, not to put too fine a point on it, is an anti-war screed, taking shots at "the red white and blue." It was a particularly terrible choice given that Fortunate Son is, moreover, an anti-draft song, and this concert was largely organized to honor those who volunteered to fight in Afghanistan and Iraq.

Oh shut up, you twit. “Fortunate Son” is anti-draft in only the loosest sense of the term. Nor is it anti-military. More accurately, the song is a cry of protest against the mindless militarism preached by our national leaders that always seems to lead to them sending other people’s kids off to fight and die in wars in faraway lands while they stay home and pull strings to keep their own progeny safely ensconced in the Texas Air National Guard, to name one example that just randomly popped into our head for no reason.

Some folks are born, made to wave the flag

Ooh, that red, white and blue

And when the band plays, "Hail To The Chief"

Ooh, they point the cannon at you

I ain't no senator's son, son

The poor kids always end up being the cannon fodder for war while the children of the privileged find an out if they so desire. Were you sick the day they taught reading comprehension at your prep school?

Not that we should be surprised. Last we checked, conservatives thought “Born in the U.S.A.” was a rousing patriotic ditty, not a mournful dirge about the tough times faced by Vietnam veterans after they came home to a country that was at best indifferent and at worst actively hostile to them.

But don’t take our word for it. Here is a clip of John Fogerty describing what led to him writing “Fortunate Son” back in the late 1960s. Listen to him, you might learn something. We’ll be in the corner grinding our teeth into a fine powder.