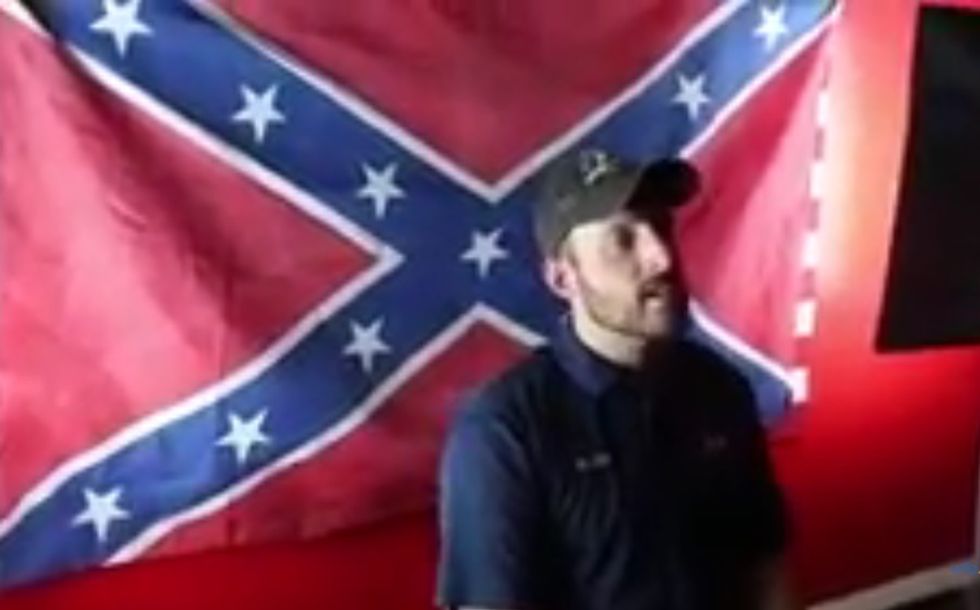 We have to hand it ("it" being a flaming bag of dog poop) to Andrew Hallinan, the proprietor of Florida Gun Supply, who back in July took the opportunity to cash in on the murders of five military men in Chattanooga by declaring his gun shop a "Muslim-free zone." So it makes perfect sense that Hallinan would "remember" the Sept. 11 attacks with a tasteful promotion: save a whopping $25 off any online gun purchase with the secret cheat code "muslim" (lower-case only or it won't work, we guess). But don't worry -- Hallinan insists he's not cynically profiting off rightwing fear, paranoia and hate. He's sincerely profiting off rightwing fear, paranoia and hate.

"In order for us to combat Islam, I need to put guns in their hand,” Hallinan said of his customers.

Hallinan sees the $25 discount as something of a public service -- the discount is equivalent to his typical profit margin on a gun sale, he said. He denies his business practices are rooted in hate. Still, he admitted he's lost several friends and even his girlfriend over his anti-Islamic stance. Several of his employees have experienced the same.

"All because I’m standing up," Hallinan said.

Oh, so he's sacrificing a lot, then, eh?

Yep, that's about what we figured. The most successful grifters leave their marks feeling delighted that they could help out. They're really gonna stick it to radical Islam (and Obama!) by handing their money to Andy Hallinan, who is selling guns at cost (suuuuuure he is) because he believes in his mission to save America -- or at least Inverness, Florida (population 7,210) -- from the ravages of ISIS and the crazed Muslims who want to take away our freedom and our Confederate flags 'n' shit.

Also, too, Hallinan is very clear that he's no hater: He just thinks that Sharia law is evil, and he says that he'll happily let Muslims use his gun range as long as they denounce Sharia. Besides, he also turned away a couple of white guys who "looked like gangsters," so he doesn't discriminate. He even included a disclaimer in one of his videos making it clear the he thinks most Muslims are fine, especially if you have a gun (from Florida Gun Supply, purveyor of guns) to make sure they stay that way:

“The vast majority of Muslims are peace-loving Americans," he said. "If they come to you, be armed. My reaction is only defense; if they’re in a suicide vest and they’re in your mall, shoot them.”

And while the big 9/11 gun sale is over, we can hardly wait to see what Hallinan has prepared for Rosh Hashanah. Maybe a gun discount with the code "shofar"? And then for Yom Kippur, he can celebrate the Day Of Gun-Totement.