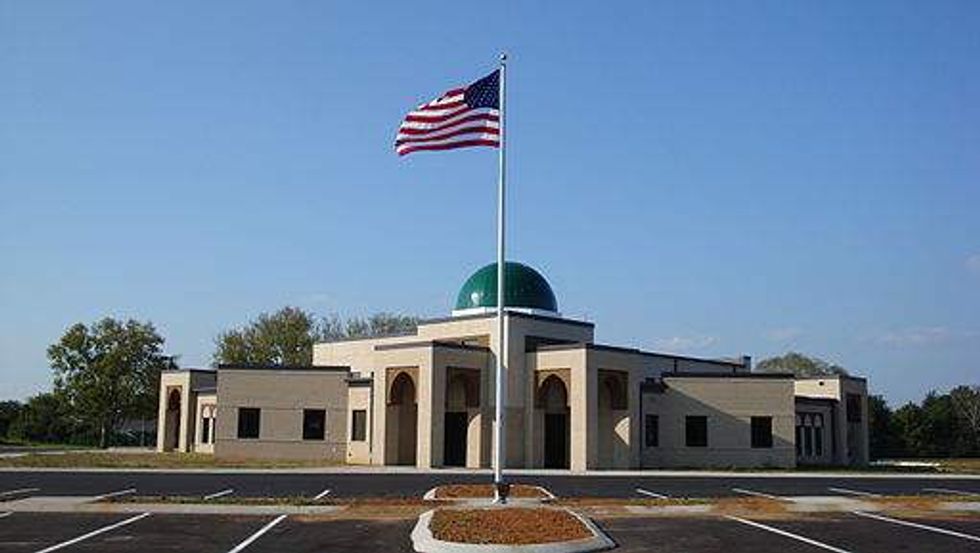 Has Victoria Jackson been informed of this? TheU.S. Supreme Court has declined the chance to save Tennessee from rampant sharia law, or at least it won't intervene in a bullshit case claiming that the Islamic Center of Murfreesboro was constructed without adequate public notice. Opponents of the existence of Muslims had filed the suit back in 2010, claiming that the building permit was issued improperly and that the mosque should therefore be razed or something. A member of the Islamic Center board said he was happy that the case was finally over, and Joe Brandon Jr., the attorney for the plaintiffs, admitted defeat, saying "It's in the Lord's hands now ... We have done all we can do." In Tennessee, that probably translates to "maybe if we're lucky someone will try arson again, though heaven knows we'd never actually say that out loud."

The nonsense case against the mosque originally resulted in a ruling a couple years ago, in Chancery court, that the government hadn't provided adequate public notice before the county approved construction on the Islamic Center's 15-acre property. That ruling was overturned in 2012, and the Tennessee Supremes also declined to hear the appeal last fall. With SCOTUS deciding not to hear it, the suit is finally dead; another nuisance suit, against the mosque's application to build a cemetery on its grounds, is still going forward.

Some fun details from the wiki that aren't in The Tennessean's story: In the original 2010 lawsuit,

The plaintiffs asked for a temporary restraining order to halt construction and called for the construction permit to be nullified, arguing that the planning commission had broken state law by not giving adequate notice of the meeting at which the ICM's building plans had been approved. They also claimed that the project put local residents at risk because "there was considerable evidence of elevated risks to the public safety of citizens of Rutherford County from the proposed ICM compound." The plaintiffs sought to justify their lawsuit with the claim that they "have been and will be irreparably harmed by the risk of terrorism generated by proselytising for Islam and inciting the practices of sharia law," which, they claimed, "advocates sexual abuse of children, beating and physical abuse of women, death edicts, honour killings, killing of homosexuals, outright lies to Kafirs (those who don't submit to sharia law), Constitution-free zones, and total world dominion." [Wiki notes have been replaced with links -- Dok Zoom]

Most of that was too crazy for Chancellor Robert Corlew III, who ruled narrowly on the question of the advance notice, rejecting pretty much everything else in the suit, including claims that Islam is not protected by the First Amendment because it's "not a religion" and that the plaintiffs were all put at personal risk by the mosque because, for instance, one would be "targeted for death under Sharia law because she's a Jewish female." It was the group's appeal on that narrow ruling about public notice that was finally rejected by the SCOTUS Monday.

Islamic Center of Murfreesboro board member Saleh Sbenaty, ever the optimist, said of the Court's decision not to take the case,

We always believed that justice would prevail in this country, and we always believe in our justice system...And we have no doubt whatsoever that our case would be served justice. Hopefully this will put the end of the division the so-called opposition has created in our community, and our community will be stronger and united again.

No word yet from V-Jack, who is too busy filming a movie called "Campin' Buddies" to protect her beloved Tennessee from Creeping Sharia at the moment.