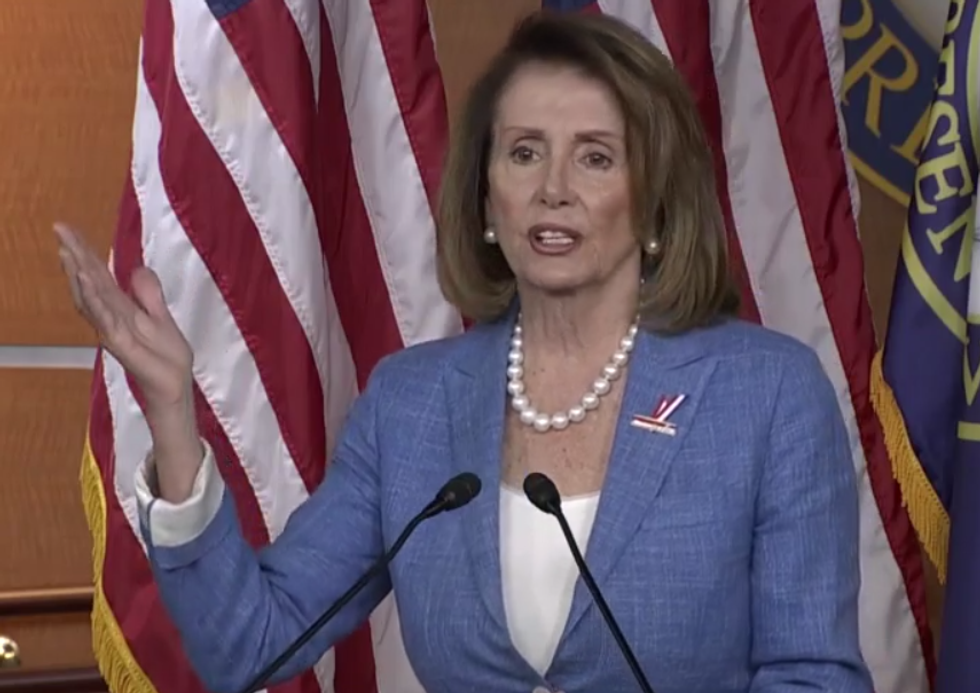 This morning, we wrote a VERY RUDE WONKET POST about how guns may have been involved in the mass shooting that, as of this reporting, took either 58 or 59 lives and injured 515 others in Las Vegas Sunday night. In that VERY RUDE POST, we mentioned that there's a bill to protect Americans' sacred right to kill people with guns, but very quietly, currently snaking its way through Congress. Because America was focused on Puerto Rico last week, we didn't get a chance to talk about this then, but it seems somehow pertinent to bring it up today.

When GOP Rep. Steve Scalise made his glorious return to Congress last week after being shot by an asshole who shot a lot of other Republican congressmen (and a couple police officers) too, he JUST SO HAPPENED to be coming back just as a couple of GOP-sponsored "Be Nice To Guns" bills were getting ready to go to the House floor for a vote. One, H.R. 367, is the aforementioned SHHHH MY GUNS NEED TO BE VERY QUIET, BECAUSE I AM HUNTING WABBITS bill. The other, H.R. 38, would make concealed carry permits carry over across state lines, because it's unfair for a man and a gun who love each other VERY MUCH to be discriminated against, just because the state they're currently in doesn't recognize their relationship.

Democratic leader Nancy Pelosi was downright unkind about both bills last week, which is unfair because it's always #TooSoon to cast aspersions on guns:

Pelosi was asked at a news conference about GOP plans to soon bring two bills to the floor that loosen gun regulations, including one that relaxes rules on purchasing gun silencers. That bill — the Sportsmen’s Heritage and Recreational Enhancement Act, introduced by Rep. Jeff Duncan (R-S.C.) — was expected on the floor this week but didn’t come up for a vote. [...]

“Hunters need armor piercing bullets? They need silencers? They need conceal and carry to hunt?” she told reporters. “Silencers — even in the case of Steve Scalise — if you can hear, you can run to where the tragedy is emanating from. It’s horrible.”

Like we said, very unkind. We hope the guns couldn't hear her, because it would make them cry. (Very quietly, if they were equipped with silencers!)

In response, good Congressman Duncan from South Carolina invited Pelosi to a gun-shootin' range, so he could prove to her that silencers don't make all the gun noises go away, just some of the gun noises.

As Politico reports, Pelosi's office responded simply by saying, "This is not a sportsmen’s package. This is an NRA wish list.” They did not add, "Also no, we do not want to go on a gun-shootin' date with Jeff Duncan, because fuck that."

Of course, Duncan is technically right, that silencers don't completely silence guns. But Pelosi is completely and utterly right to note that being able to hear WHERE GUNSHOTS ARE COMING FROM saves lives in America's every-actual-day mass shootings. In Las Vegas, some people were able to see and hear that the shots were coming out of the Mandalay Bay hotel. Politico notes that Scalise said in his Welcome Back To Congress, Myself speech that after he was shot, he could HEAR WITH HIS EARS the sounds of a different kind of gun firing, which told him his security detail was firing back at the gunman. And now here goes Wonkette, Monday-morning quarterbacking our latest Sunday night massacre, twisting Scalise's words by quoting him verbatim.

Pelosi, for her part, issued a response to the Las Vegas massacre, and didn't even apologize for her cruel statements about guns from last week. In fact, she hardly mentioned guns at all, because all too often, even good Democrats err on the "thoughts 'n' prayers" side of the debate in the immediate aftermath of good old American as apple pie and baseball mass killing events.

Duncan also is doing thoughts 'n' prayers, and is DEFINITELY not pulling his gun-fellating bill or anything crazy like that. We imagine, as he prays for the victims and their families, that he's saying a few good words to Jesus about gun silencers, because everybody forgets to pray for gun silencers.

Guess who did mention Duncan's bill in her tweets about Las Vegas, though? OH HELLO THERE, MADAM SECRETARY AND POPULAR VOTE WINNER HILLARY CLINTON:

Some are suggesting people call Duncan's office to demand he pull his bill. (The sponsor of the concealed carry bill, by the way, is Rep. Richard Hudson.) Unfortunately, congresspeople don't pay any attention to people who aren't their constituents. But you can call YOUR senators and YOUR congressman and yell at them about how it's #TooSoon to be considering bills like this, just after a massacre.

Then go check out Mary Geren, the Democrat running to knock Duncan's ass out of Congress in 2018. Start with this article she wrote for Daily Kos about how both Duncan and his gun silencer bill are flaming pieces of shit. And then give money to her campaign! Then, if you haven't yet done so, click the links below to give dollars to all the great gun control groups fighting to actually do something to prevent the mass shooting horrors we witness so very often in the land of the free and home of the brave.

All right, those are your assignments, get off your asses and do them, please. Thanks in advance!

You have our permission to skip today's tithe to Wonkette and throw some money at Everytown for Gun Safety, Gabby Giffords's Americans for Responsible Solutions,Moms Demand Action, and the Brady Campaign To Prevent Gun Violence. Be safe.