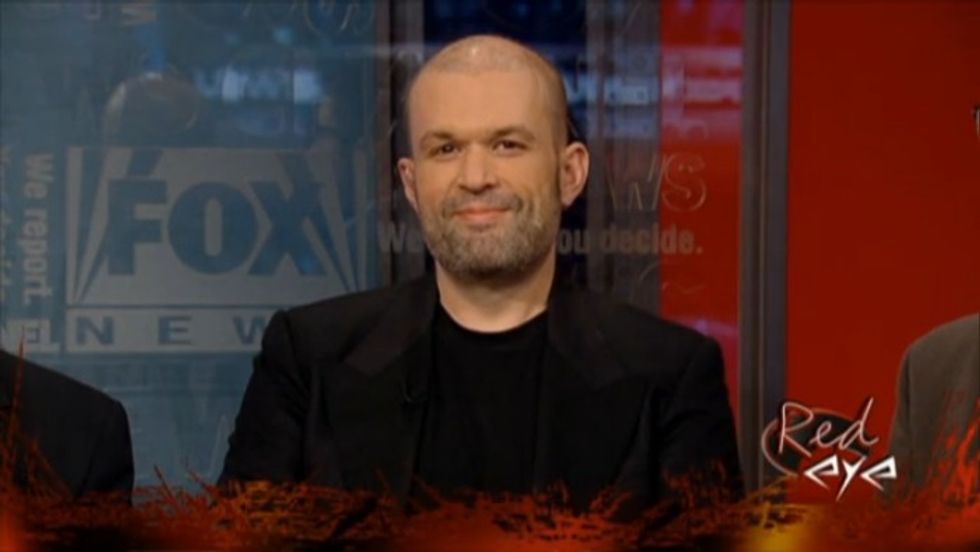 Smug twat-waffle Kevin D. Williamson of the Jim Crow Picayune – oh sorry, we meant the National Review – set off a firestorm on Twitter this weekend. It seems the current occupant of NR’s William F. Buckley Chair for High-Falutin’ Sneering Brahmin Fancy Talk is not only opposed to abortion, but has a rather unique take on what should be done with any dirty whores who dare exercise their right to choose to end a pregnancy. Asked if he thought women who get abortions should be sentenced to life in prison without parole, Williamson responded:

You might think the shaven-headed lothario was just being snarky. If so, he really committed to the bit, because he spent hours and hours and hours defending it, going so far as to suggest that, if he had his way, no one here would get out alive. Except the fetus, of course.

But our favorite was this one, of which he put out a couple of variations during the day.

Actually, abortion was very much an option in 1972, and long before that. It just wasn’t a legal option. Williamson, who we’re betting couldn’t get laid in a puppy brothel with a barrel of kibble, should really google the name Gerri Santoro. Or read up on the life of H.D. Grindle, the physician who was performing abortions around the time of the Civil War at an illegal clinic in New York. Or just read The Cider House Rules. For an "intellectual" who likes to pretend he's smart by tossing around references to a Dimmesdale-Chillingworth theory of politics (which only proves he took a 10th grade American Literature class) or the Trivers-Willard hypothesis of evolutionary biology, he sure doesn’t seem interested in the actual history of his subject, just his visceral objections to it.

On the other hand, he did also once write this, so we’re betting Williamson doesn’t read any history unless it was written by Cleon Skousen or a bonobo with a heroin problem. Hard to believe the National Review is unprofitable.