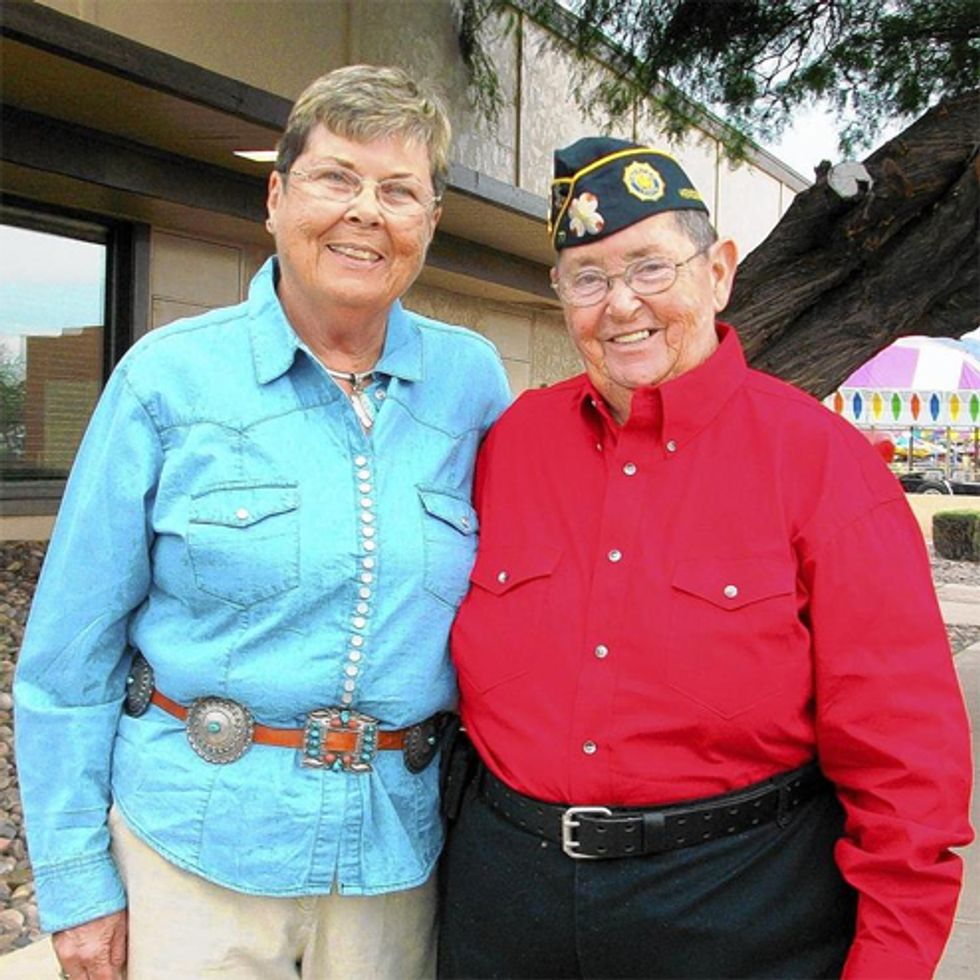 Back in May, we brought you the story ofU.S. Navy veteran Madelynn Taylor, who was told by the state-run military cemetery that she could reserve a spot for her own ashes, but couldn't arrange to have the ashes of her wife, Jean Mixner, interred with her, because Idaho doesn't recognize same-sex marriages from other states. Well! Now that the feds have gotten rid of DOMA and "Don't Ask Don't Tell," even for dead veterans, and on top of that, a federal judge has declared Idaho's anti-equality amendment unconstitutional, Taylor is filing a lawsuit to get the right to have her wife's ashes buried with her.

Now, you might be asking, why is this even a thing now that veterans are able to get all the equality? It's because the Idaho State Veterans Cemetery is owned by the state, not the federal government, and so the good folks in state government don't want to send children the destructive message that gays get the special right to be buried with their loved ones. But here's the awesome part: Taylor's being represented by Boise attorneys Deborah Ferguson and Craig Durham, who won the federal case overturning the state's ban on marriage equality, and she's backed by the National Center of Lesbian Rights.

Here's hoping that Idaho just settles on this one. After all, the state still has lots of living gays and lesbians to discriminate against, unless it fears that recognizing the rights of dead gay people will lead to some sort of slippery slope with gay zombies taking over the streets.

We also hope the state will decide that it's just not worth the terrible publicity that will result from fighting against a dying Navy veteran -- Taylor's health is failing, and she has such serious heart and lung issues that she must use a scooter most of the time. Then again, this is Idaho, and maybe sending a nice big fuck-you to a dying veteran is exactly what the state wants. Maybe it's something in the water.

Follow Doktor Zoom on Twitter. He supposes it's possible his home state could do the right thing for a change, but is not betting on it.