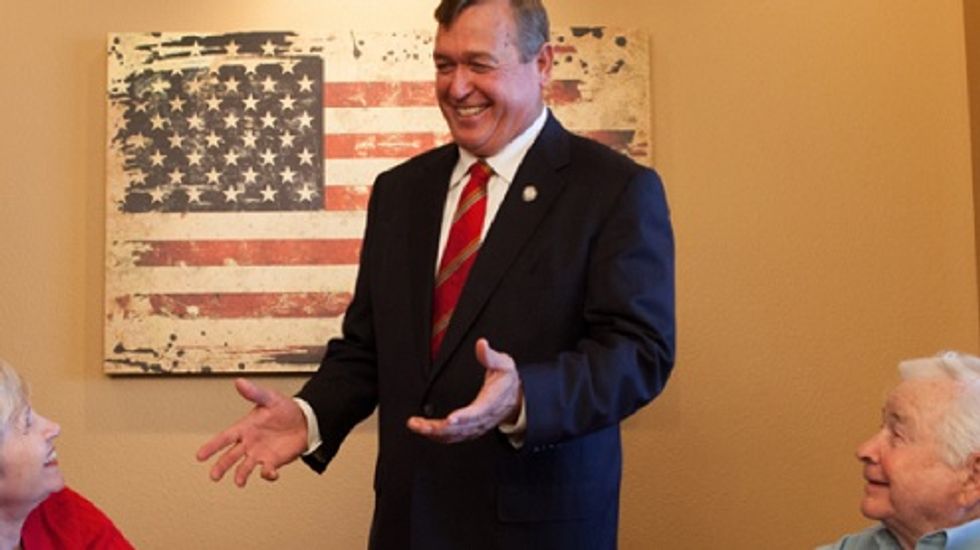 From the beautiful state of Nevada, we bring you the imaginative linguistic stylings ofcongressional candidate Cresent Hardy, a member of the state Assembly who would very much like to replace first-term Democrat Steven Horsford in the 4th District. On Tuesday, Hardy gave an interview to the Las Vegas Sun in which he shared some of his innovative ideas, one of which is that he opposes the Employment Non-Discrimination Act (ENDA), which would prohibit discrimination based on sexual orientation or gender identity. Now, your average wingnut might just say they oppose ENDA because businesses should be free to discriminate, but Hardy has a far more philosophical objection:

“When we create classes, we create that same separation that we’re trying to unfold somehow,” he said. “By continuing to create these laws that are what I call segregation laws, it puts one class of a person over another. We are creating classes of people through these laws.”

You see, there are no differences between people, only those we create in the mind, and so any attempt to prevent discrimination actually creates discrimination, by naming a group of people as "different." And yet we have a feeling he still checks to see whether he's using the men's or the ladies' restroom.

Also, for all his incredibly broad-minded opposition to creating classes of people, he also opposes same-sex marriage, because he is a Mormon, and the class of people called Mormons believe that God says that's not allowed. So much for not putting one class of people over another. At least he supports a flat tax, which will treat everyone equally, except for lower-income people who will actually have a higher relative tax burden, but that is their problem for not being equally rich.

Hardy's opponent in the Republican primary is a nice Tea Party man named Niger Innis (son of CORE leader Roy Innis), who thinks that gun control and environmentalism are inherently racist and that opening up the Arctic National Wildlife Refuge to oil exploration is "very much like the civil rights revolution," because Martin Luther King apparently dreamed of a day when all caribou could share the joy of being coated with crude oil or something. This pretty much makes Hardy, with his weirdass excuses for discrimination, the "moderate" candidate.

The 4th district is mostly Democratic (political parties are another division between people, it is so sad), and went to Barack Obama with 54.4% of the vote, and Horsford, the incumbent, won by 20,000 votes in 2012, so let's hope that the district's voters are smart enough to segregate whoever wins the Republican primary away from Congress.