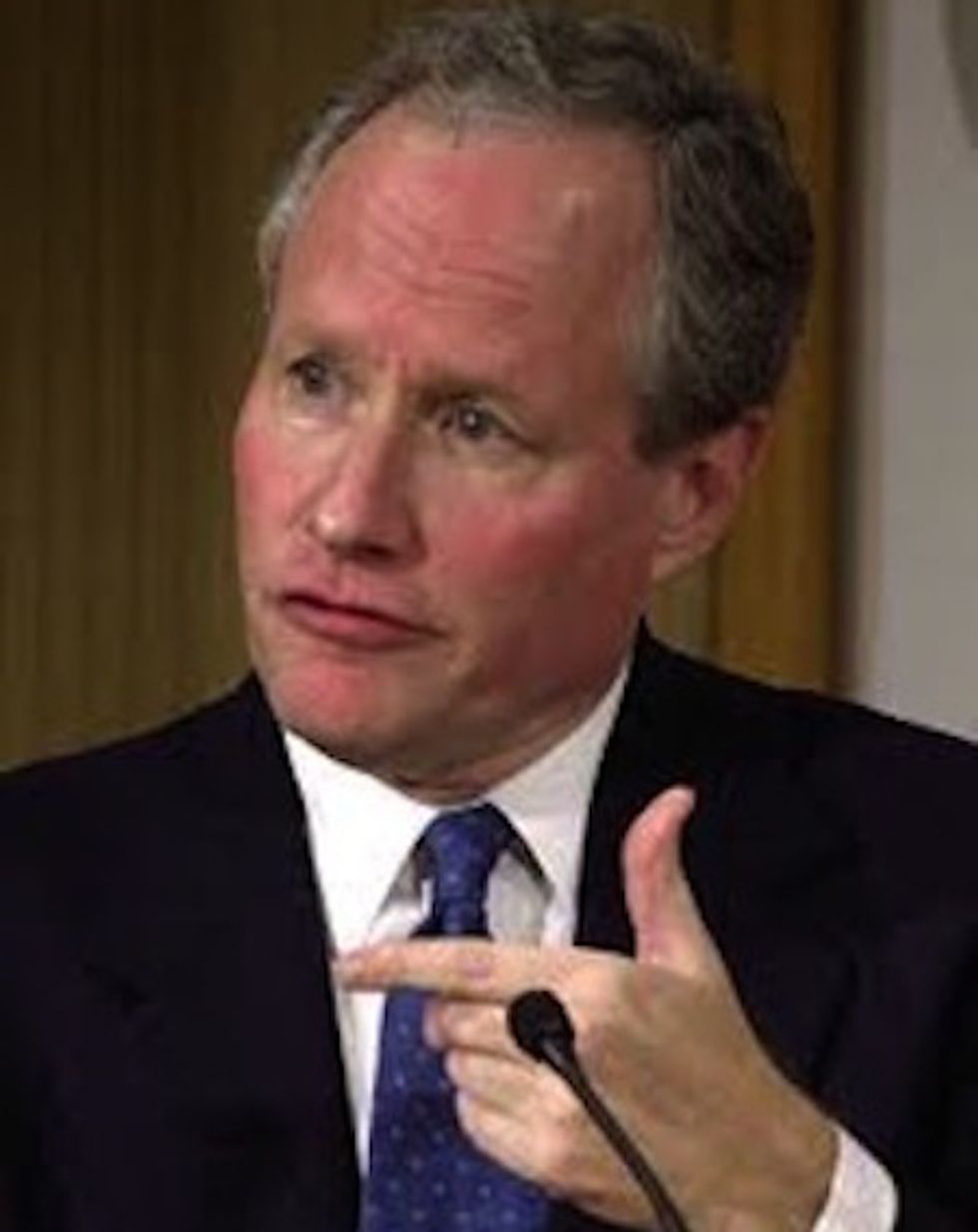 Smirking sack of hot air Bill Kristol offered some of his infallible logic and political acumen on Sunday's "This Week" with George Stephanopoulos:

With his evil self-satisfied chuckle, one might think Kristol is attempting to make a joke. But given that he quite seriously "discovered" Sarah Palin and insisted she was the Next Great Hope of the Republican Party -- and also, his constant calling for bombing whatever country's handy because what could possibly go wrong? -- there's a good chance he thinks he's serious.

But maybe he has a point. None of the other declared or probably running Republican candidates have a snowball's chance in hell. Rand Paul? Marco Rubio? Jeb Bush? Donald Trump? Nah. If Republicans are going to run anyone against Hillary Clinton, it might as well be the soul-devouring snarling embodiment of evil, Dick Cheney. If the GOP is looking for a Real Tough Guy to take down Clinton, who better than the guy who does not give a flying fuck what sort of bile comes out of his mouth? Cheney is never afraid to go there, to say the things all the other Republicans are too afraid to say because they might look like raging dicks. Cheney is happy to look like a raging dick. It's sort of his thing.

Who else can compare? The best Rand Paul came up with was suggesting that Hillary is ineligible because her husband got a BJ, which was probably her fault.

But no Republican embraces his inner dick like The Dick. So if Republicans need someone who will say all the worst things, unapologetically, whether they are true or not -- and they never are -- Cheney seems like a sure bet. So yes, sure, why not take Kristol's great idea seriously? It's so bugfuck batshit crazy, it just might work! After all, it's not like he's ever been wrong about anything before.