New Guy On N.C. Board Of Education Will Save Kids From Sex Books, Like Isabel Allende's 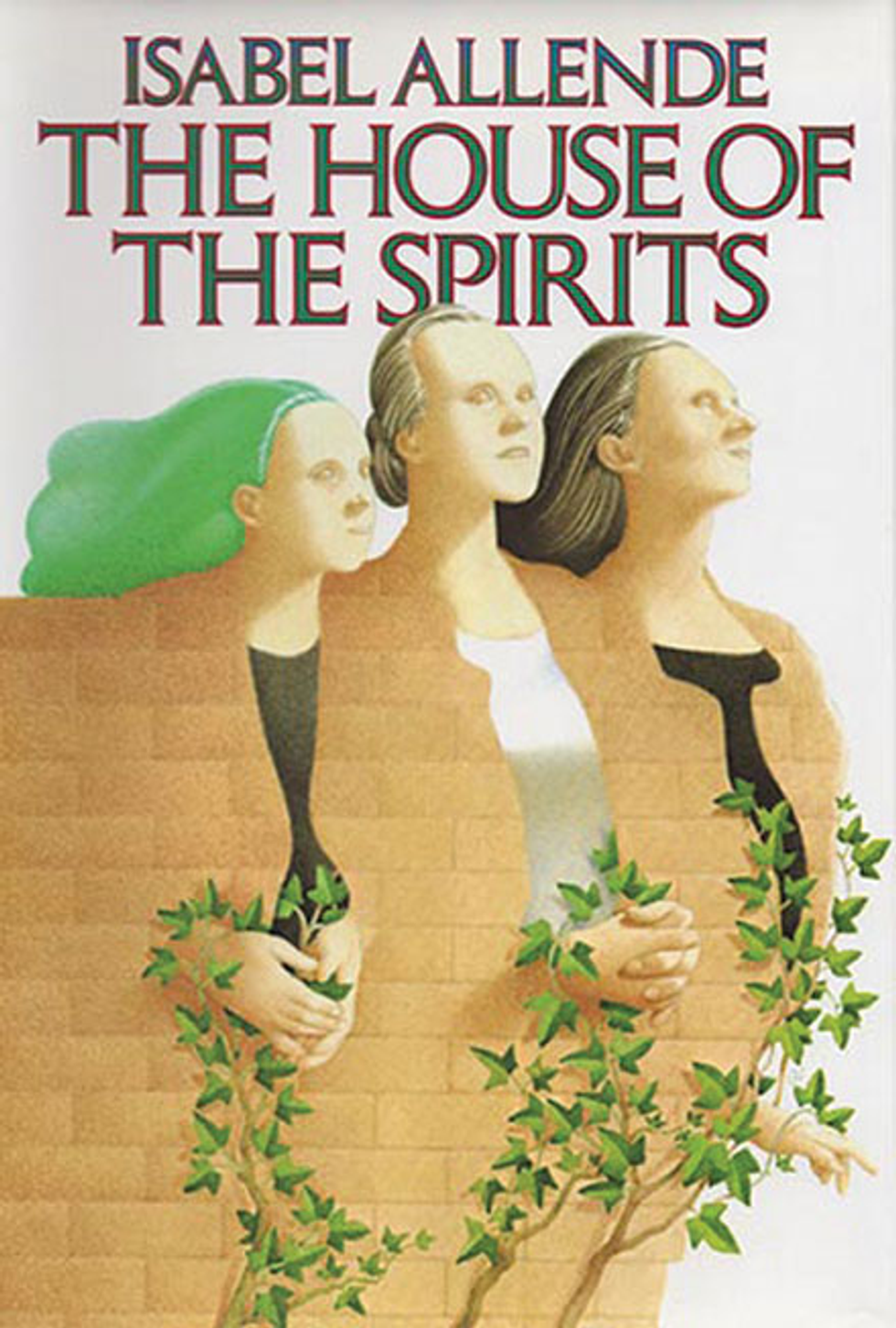 So here's some cheery news: North Carolina's General Assembly recently approved the appointment of J. Todd Chasteen -- a rightwing lawyer with a penchant for book banning -- to a four-year term on the state Board of Education. Chasteen, an employee of an organization run by fundamentalist preacher Franklin Graham, was appointed last spring by Gov. Pat McCrory despite Chasteen's 2013 efforts to remove Isabel Allende's novel The House of the Spirits from the tenth-grade honors literature curriculum in Watauga County schools. As if that weren't bad enough, he's an attorney who goes by "J. Something Lastname," which ought to be a disqualifier all in itself.

The National Coalition Against Censorship summarizes the 2013 fuck-tussle over the use of an acclaimed work of Latin American literature in an honors class:

A 10th grade English Honors teacher named Mary Kent Whitaker attempted to teach the book to her class of sixteen year old students. A small group of parents felt uncomfortable with the amount of sexually explicit content and sought to remove it from the school curriculum. Chasteen came out in fervent support of the parent's claims. During this time, Chasteen described Allende's critically acclaimed work as a “sex book”. Chasteen’s response to the [sic] Whitaker's teaching of the book was such that it implied any book containing sexual content was devoid of educational merit.

The story made national news, and Isabel Allende herself sent school board members copies of the book along with a letter defending her novel. The letter begins,

Dear Watauga County Board of Education,

I find myself in the unusual and awkward position of having to “defend” my novel The House of the Spirits that risks being banned from a high school in Boone, North Carolina. Banning of books is a common practice in police states, like Cuba or North Korea, and by religious fundamentalist groups like the Taliban, but I did not expect it in our democracy.

No student is forced to read the book. Teachers like to teach it because they believe it gives the students insights into Latin American literature, history, politics, social issues, and customs. They usually offer their students other options but most students choose the book, they enjoy it and often they write to me. Their comments prove that they have understood the story and they are curious to learn more. The novel seems to open their minds to other places and peoples in the world.

Allende pointed out that the novel has won multiple awards and been translated into 35 languages -- not sure whether that would count for much, honestly, since English is the only language that matters -- and said the effort to ban the novel involved dishonest tactics:

In this case one person has circulated fragments of the novel—taken out of context—among parents who probably have not read the book. The fragments refer mostly to sexual content. The plan is to gather support to ban the book completely, even as optional reading. Since today TV series, movies, videogames and comics exploit sex and violence, including torture and rape, as forms of entertainment, I don’t think that young adults will be particularly offended by the strong scenes from The House of the Spirits, which are always part of the historical and political content of the novel.

He said he would like to see a book "rating" system put in place, and argued that "The House of the Spirits" offered no life lessons.

"Honestly, what normal family is like this book? The Manson family, maybe, Ted Bundy? I think this is just so wrong," Blust said.

At a February 2014 school board meeting, Mr. Chasteen offered quite the accounting of all the evils in the novel, according to a local blogger:

“59 sexually explicit descriptions,” “deviancy,” “genitalia,” “one such reference every 7.3 pages,” a definition of child pornography, and a vague reference to some U.S. Supreme Court case that gives the BOE broad discretion.

He also aired his grievances to the local media, explaining that the novel was a moral landmine just waiting to disfigure innocent children's souls:

“[The House of the Spirits] glamorizes promiscuity, it trivializes rape, it trivializes prostitution. Those are not good concepts for kids to be exposed to,” Chasteen told a local Fox news outlet during the height of the controversy[.]

Chasteen also wrote an email to a school board member saying that he had indeed read the whole book, so good for him on that at least. We're not sure we'd agree with his assessment, however:

I read the book. I missed the history part ... It really should have been entitled, "Three Generations of Dysfunctional Sexuality”, the main theme of the book.

Despite that irrefutable evidence, the county school board voted 3-2 to retain the novel. And yes, there is indeed rape in the novel, but it's pretty far from trivial -- it's a story set during the Chilean coup in the 1970s, which was not exactly a nice time, what with Allende's father* being a first cousin of President Salvador Allende, who was murdered and all. Several students said the novel had given them insights into Latin American history, but that's undoubtedly only because they were coerced by liberal teachers to say so.

In any case, now you know a little more about J. Todd Chasteen, who'll have four years to bring his keenly analytical mind to setting North Carolina education policy. That should go well.

*Correction: We originally said Salvador Allende was Isabel Allende's father, because we relied on our "memory" rather than looking it up. Wonkette regrets the error.