New House Speaker Paul Ryan Has Some Ideas, You Guys! 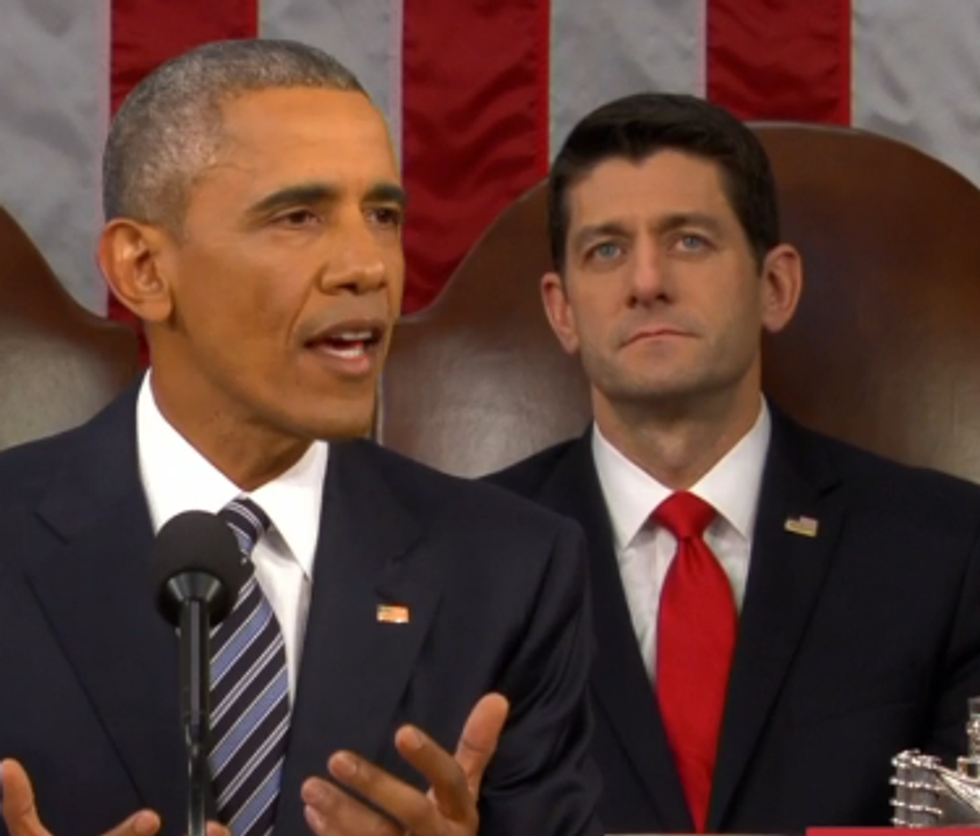 Fresh-faced dumb baby House Speaker Paul Ryan woked up all bright-eyed and bushy-tailed this morning! He did his P90X, said his affirmations into the mirror, and then tweeted out an idea he had been having, about how it would be good to have some ideas, because that would be a pretty good idea wouldn't it? #Ideas

His first "idea" was Shave Off Sexy Beard, but then he remembered he already did that and was back to looking like an Addams Family reject, so derp.

For shits and giggles, let's click the link in Ryan's tweet and find out what he has planned, oh great it's an interview with Hugh Hewitt, our favorite. Hold on to your dicks, it's #IdeaTime:

As conservatives who are so concerned about the direction of our country, we are going to get out there with an agenda ... so that we are a party of ideas offering the country a clear choice.

Agenda good, especially if it's filled with #Ideas.

When you have an executive that’s just so brazen, so cavalier, and so willing to break those limits, test those limits, push those limits—you know, it’s extremely frustrating.

Compound that with the anxiety of the times—a weak economy, flat wage growth, foreign policy that’s a complete basket case and nightmare. And people want to pull their hair out.

[contextly_sidebar id="vvEyHyUmyjrOvFWd7Rt2s3ZpxVTIMi78"]Right out of their face maybe! Fact-check, though? Job growth is really good under Obama, especially if you consider where we came from (hint: rhymes with "smush"). Sure, wages could be higher, but aw nuts, it's too bad nobody's proposed raising the minimum wage to help push that along, oh well. Also too, gas prices are pretty good! (THANKS, MICHELE BACHMANN.)

As to foreign policy, we know Republicans are pissing their thong panties over ISIS and OMG FOUR SAILORS MURDERED BY IRAN and ... oh wait, they were released and that whole crisis was a big nothing? Huh. Basically Republicans are upset we're not doing more war, war, waaaaarrrrrrrr! Oh well.

I think the solution to it is what we’re trying to do, which is speak truth to power, hold people accountable, use the Constitution to the best of its ability to hold this executive accountable—but that’s not good enough. Go beyond that and put out an agenda. Give the country a choice. Give the people of this nation the choice they deserve, that they’re yearning for.

Agendas are so good he said it again!

[contextly_sidebar id="j097PE7JHGjMOejmDYLOdr0OcYNyUJjp"]This is all so precious. One time, former speaker and current orange drunkass John Boehner had "ideas." We remember how that all turned out, don't we? Basically Ted Cruz became the REAL boss of the moron Freedom Caucus types in the House, usurping all control from the weeping Boehner. And when all those whiny ass titty babies didn't get every single thing they wanted, with cream and sugar on top, they shut down the government again and again and again, yadda yadda, and guess who America blamed? Ding ding ding, it was the Republicans, because America's not so dumb all the time.

Oh, and the House has also repealed Obamacare! Then they did it again! And a million more times (over 60 at this point)! The most recent repeal vote happened this month (under COUGH Speaker Paul Ryan), and it actually made it to the president's desk! He vetoed it, but hey, that doesn't mean House Republicans have been wasting America's time for approximately forever, oh wait yes it does.

But don't worry. Ryan says this will be the year the GOP comes up with an alternative to Obamacare, and we're sure it will be great.

[contextly_sidebar id="IyyWMESUXj1WVuYKo7RPoQSw0gSjfwrE"]Except yeah, no. Wonkette understands that Ryan is currently in his first phase of being speaker, which is when you are excited and it is a new day and your mom sends you off to Congress with a shiny new lunchbox. We'll give him this moment, we guess. But if recent history is any indication, the phases ahead of him involve failure, alcoholism, more failure, sex scandals, crying on the pope, quitting and a secret creeping yearning for sweet death to come quickly.