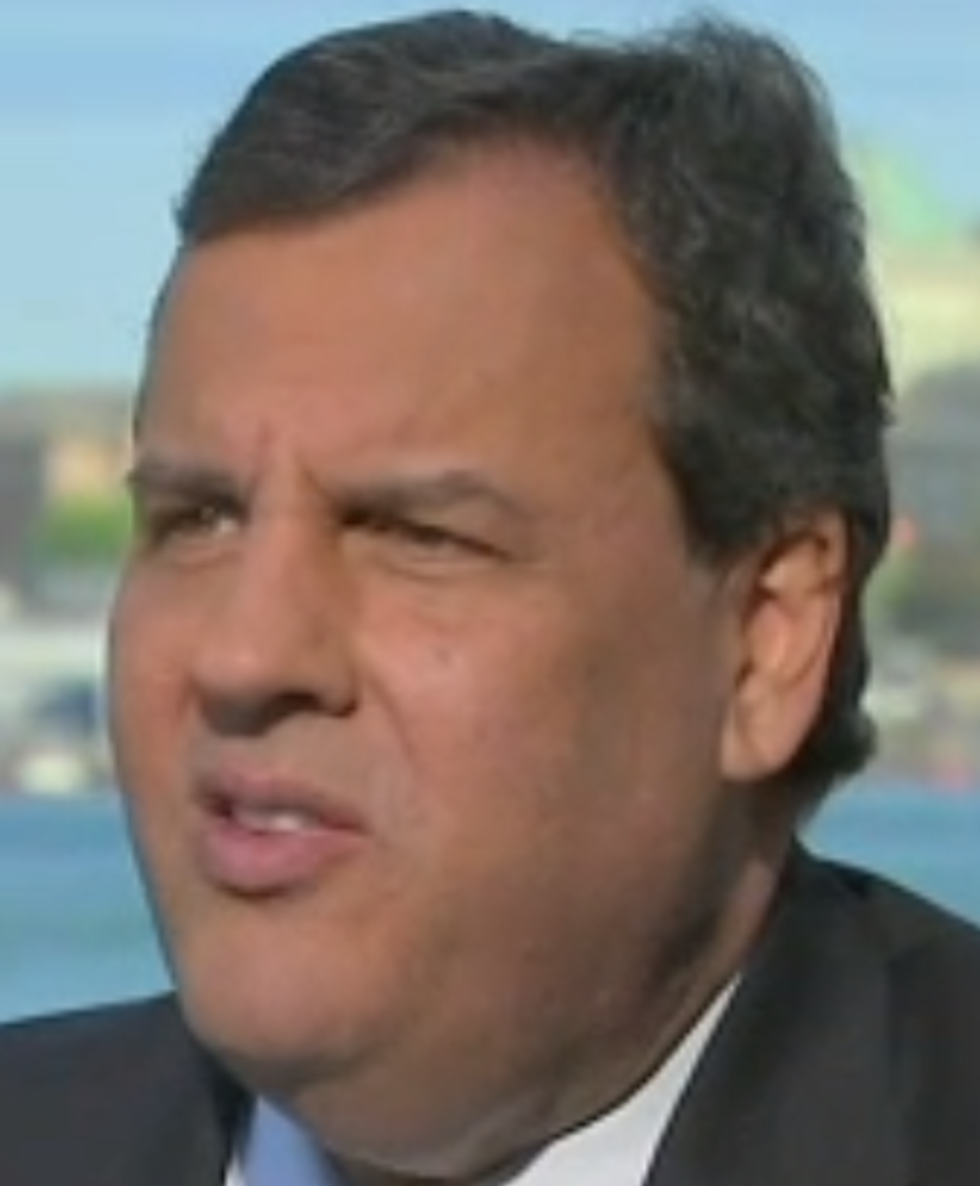 According to New Jersey Gov. Chris Christie, there is just not enough of him to go around, and New Jersey residents would be very upset and jealous if he betrayed them by running for president of U.S. America. In an interview with Fox News lady Megyn Kelly, Christie said that the little fact that 65 percent of New Jersey voters think he would be a bad president is of absolutely no consequence. Because, you see, New Jersey voters are just lying, because they would be far too upset if he left them to be the governor of all the Americas:

"They want me to stay," Christie answered. "A lot of those people in that 65 percent want me to stay. And I've heard that from lots of people at town hall meetings. 'Don't leave to run for president because we want you to stay.'"

"But they say you would not make a good president," Kelly responded.

"I think people hear the question they want to hear. The fact is that polls in New Jersey will go up and down as well," Christie told Kelly.

Oh yeah, sure, "people hear the question they want to hear." Kind of like how Christie wants to hear his constituents saying "We love you!" when they are actually saying "We do NOT love you." Maybe because of how he ate up ALL the snacks on the government dime, while telling poors they can feed their own damn selves. Or maybe because he pals around with anti-vaxxers, while saying kids should be vaccinated but also, parents should have the freedom and choice to not do that. Or maybe because of how he is always yelling at everyone all the time, which he has promised to never stop doing because he sincerely believes in "offending people."

Christie says his poll numbers have been all over the place because he DOES STUFF, and sometimes some of that stuff makes people mad. Kelly also asks Christie if he missed his window for doing a presidential run, and he says that no, he did not, because he wasn't ready to be president before:

"You don't make this decision based on politics, to run for something as serious as President of the United States."

You have to feel it in your heart! Oh, and since it's the VERY IMPORTANTEST QUESTION OF ALL TIME, Kelly points out that Christie was able to give an intelligent, human, adult answer to the question, "Would you invade Iraq?" He said no, he would not, and Kelly asks if he's worried that he's going to upset the "families of the fallen" by saying that, clearly riffing off of Jeb Bush's contention that Monday morning quarterbacking the war is very hurtful to the troops. Christie says, "No, because the honor we give to the families of the fallen is still the same." Why does Chris Christie hate the troops?

Christie also says that Jeb Bush is a big stupid when he says "nation-building is a good sentiment," but to be fair, Jeb probably didn't know what the fuck question he was supposed to be answering at the time, so it's all a wash. Sorry, New Jersey, but you're going to have to share a slice of your delicious Chris Christie with America, because we are hungry hungry hippos and he is our marbles.