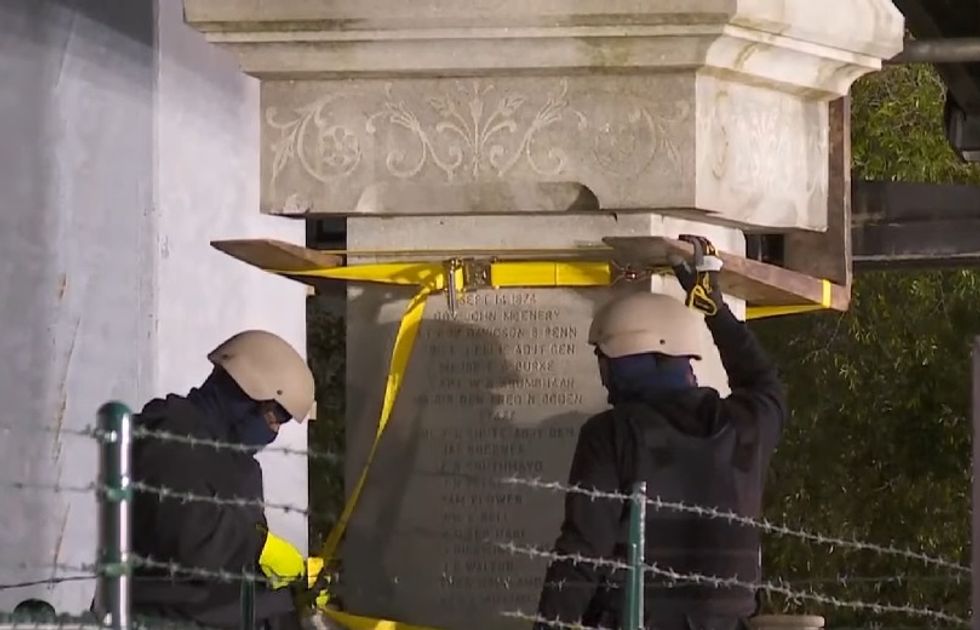 Not your usual hardhats

In the wee hours of Monday morning in New Orleans, workers wearing flak jackets and military-style helmets, with balaclavas over their faces to protect their identity, removed the first of four monuments to the Confederacy that the city council voted to get rid of in 2015. The military-grade armor, supplemented by snipers on nearby rooftops, was deemed a necessary precaution for the workers after death threats were made toward contractors. Just to be on the safe side, even the name of the company on the sides of the trucks hauling the monument away was covered up with cardboard, because some people really, really love the losing side in the U.S. Civil War -- which, as you know, was only about tariffs and states' rights.

The big ugly obelisk taken down Monday commemorated the "Battle of Liberty Place," a failed 1874 coup by white supremacists during Reconstruction, and included this cheery inscription remembering -- with lots of heritage but no hate at all -- what a terrific time for white supremacy that was:

Can't imagine why anyone would have had a problem with that. Rachel Maddow offers this brief historysplainer: