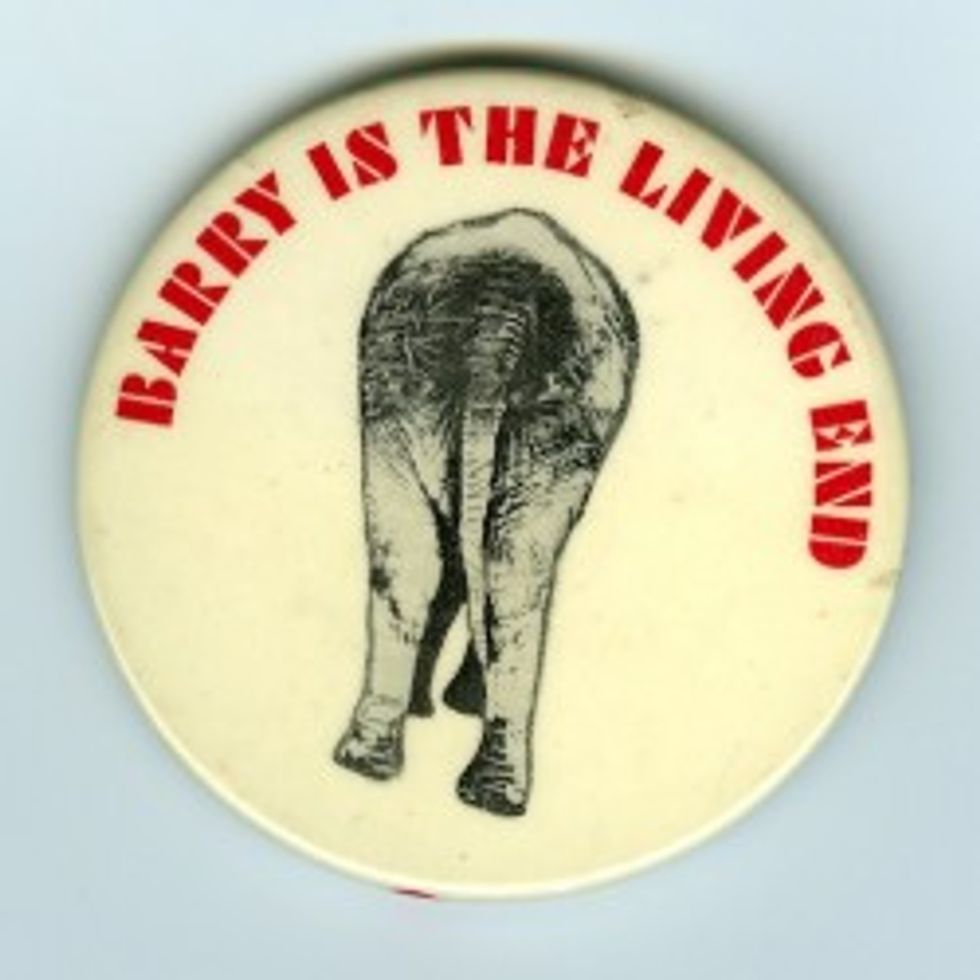 Disillusioned American voters have so far spent most of this election season moping pathetically to pollsters about how badly they want to elect "any Republican" over their ex-boyfriend Barack Obama despite consistently choosing Obama as their date to the school dance over every single one of the loser Republican candidates in head-to-head matchups. Today's new McClatchy-Maristpoll is no different on that front -- it shows 52% of Americans think Obama will lose to a Republican even as Obama continues to beat every single Republican candidate except one, who is not running, and who America does not want to run: "Giuliani would do the best against the president, leading Obama by 49 percent to 42 percent....And by 58 percent to 32 percent, Republican voters do not want Giuliani, who ran and lost in 2008, to run in 2012." GAH, so... elect no one? Yes, "no one" is the answer. America would like to just be single for a while.

After trailing Obama by more than 20 percentage points in polls all year, the new national survey, taken Sept. 13-14, found Palin trailing the president by just 5 points, 49-44 percent. The key reason: She now leads Obama among independents, a sharp turnaround.

By 72 percent to 24 percent, Republicans and Republican-leaning independents do not want Palin to run for president in 2012. Even among tea party supporters - a group that likes Palin - 68 percent do not want her to run.

Right. So let's recap: Sarah Palin is beating Barack Obama among independents, while her own party and even her own base of teabaggers hate her and do not want her to run. That is some weird masochism right there, America. Might want to get that checked out. [McClatchy]