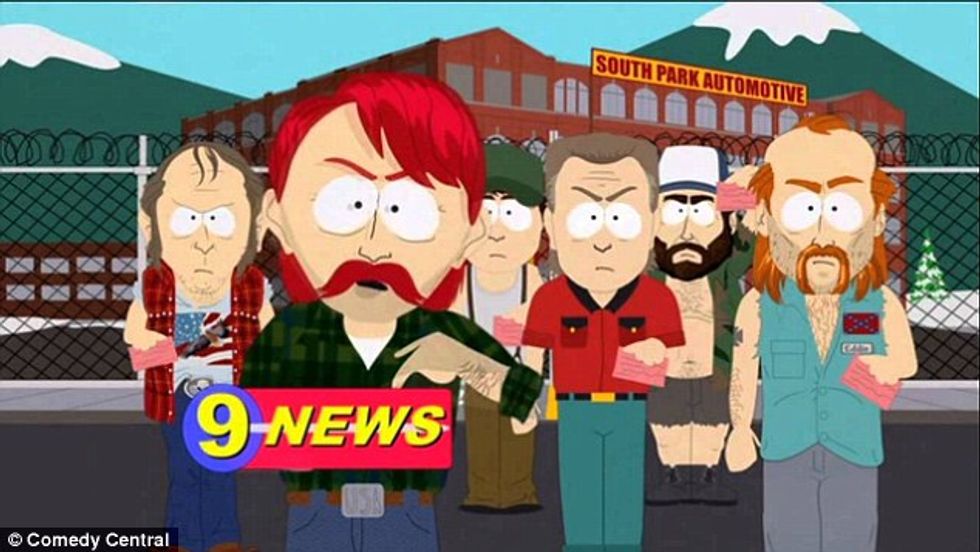 At least it can't get much worse for the GOP

Nobody could have seen this coming, except for everybody, including us. Senate Republicans' plan to win the White House, and the hearts and minds of Americans, by invoking a little-known codicil it discovered up its own stank butthole, is going as well as expected. Which is to say, very badly:

The American public feels that a president’s Supreme Court nominations should be taken up by the U.S. Senate no matter when they occur, according to the latest Monmouth University Poll. Specifically, two-thirds say that Pres. Obama’s recent nomination deserves a hearing and 3-in-4 Americans think Senate Republicans are playing politics by refusing to consider to it.

Of course Democrats would play politics by accusing Republicans of playing politics with something as dumb and inconsequential as filling a vacancy of the Supreme Court. If only Democrats were the problem here:

Just 16% of the public agrees that the Senate Republicans are refusing to consider Garland primarily to give the public a say in the nomination. Fully 77% think the GOP leadership is just playing politics. Those who see this stance as mainly a political ploy include large majorities of Democrats (86%), independents (80%), and Republicans (62%).

[contextly_sidebar id="tecne3SWP4tKt0Rr1tmoQffCHiTSV6Un"]We're not brilliant strategists like, say, Senate Majority Leader Mitch McConnell obviously is, but when 62 percent of your own party thinks you are being obstructionist peeholes for petty political stunt reasons, and not because of the supposed "principle" of letting The American People pick the next Supreme Court justice, that seems like kind of a problem. Kind of a big problem. Kind of a big wow-that-defeats-the-whole-point-doesn't-it? problem. How are Republicans going to motivate their voters to turn out for Team Red in November if their own voters think they suck hairy balls?

Hmm, perhaps the plan to stop President Blackity Black McBlackerson was not carefully thought through? Especially after he stumped the chumps by nominating the very exact same guy, one Merrick Garland, whose name has been loudly praised by -- that's right! -- Senate Republicans.

Now let's put the cherry on top of the Senate Republican shit show sundae, like how we know you like how we do:

The Monmouth University Poll also found an uptick in Barack Obama’s job performance rating. Currently, 49% of the public approve and 43% disapprove. The public was evenly divided in January at 46% approve and 46% disapprove.

[contextly_sidebar id="7sLT5ZzM3ylTPANgGhFmA4rV0algzRrN"]What a strange and random coincidence that as Republicans continue to make giant gaping assholes of themselves -- with the reality show tragicomedy that is their presidential primary and the clown show that is their "leadership" in Congress -- Americans are feeling a tad more generous toward the president. Not that it should worry anyone running for office this November on a platform of Obama sucks, or anything. Surely the American people will reverse course and decide the GOP plan -- of doing fuck-all, unless and until it gets to control the White House -- is the right one. Any day now.