Now There Is A New Monica Lewinsky Sex Tape, Because Why The Hell Not, This Country, Jesus 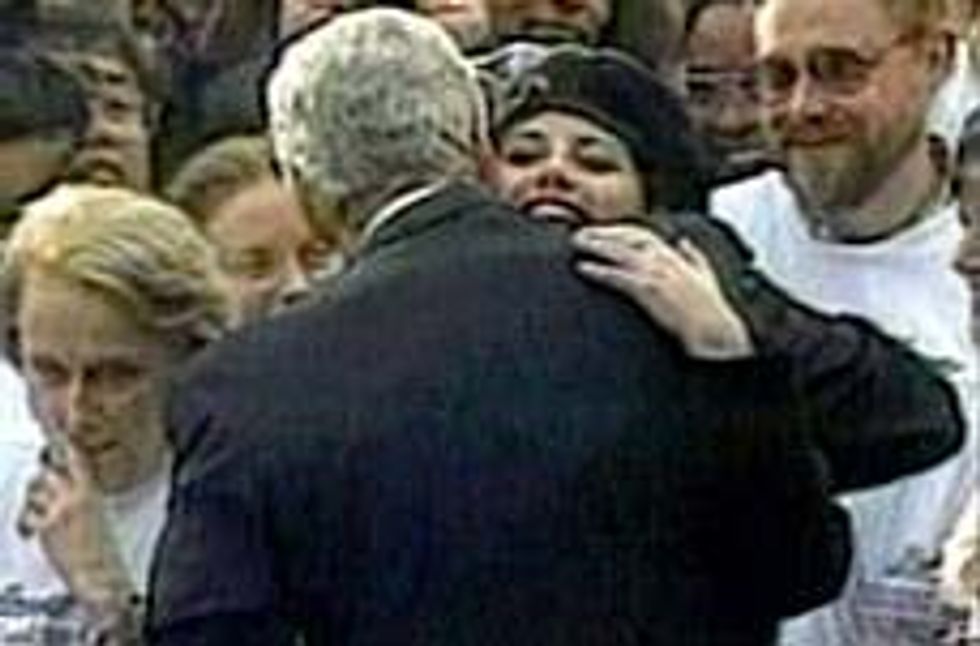 In what ways does this “new sex tape of Monica Lewinsky” suck worse than a thing billed thus should suck? One, it’s not a videotape; it’s just Monica Lewinsky talking semi-dirty on an audio cassette or auto-electro-gramophone or enchanted sea shell, who knows, it’s not clear. Two, it doesn’t feature Bill Clinton, except as he’s pictured in your own mind, listening to this tape in the Oval Office, shitty 1990s headphones hugging that ruddy melon, with one finger in a blueberry pie and the rest somewhere else, it’s your imagination, do what you want with it. Those are the only ways it sucks, though, which is pretty good!

OK, so what doesn’t suck about this not-a-sex-tape sex tape?

For one, we now better understand why Bill was into Monica, aside from how he was/is an insatiable horndog devil-genius with world-historically poor impulse control. The Monica of this tape is a take-charge kinda gal, not some shrinking violet, as we assume most people are in The Radiant Presence of Bubba:

On it, she tells the 42nd President: “Since I know you will be alone tomorrow evening, I have two proposals for you, neither of which is you not seeing me.”

Lewinsky also bemoans how their previous “60 seconds” encounter “was just not enough -- even though you did look very handsome.”

Another way this doesn’t suck is now we don’t feel so ashamed of our own prematurely blown loads, which like never happens too much anymore except you’re just so hot, it’s, we’re sorry, but you know Bill Clinton does it too, we heard!

And here's the best bit:

“First, I forgot to tell you that the Gingko Blowjoba, or whatever it’s called, was from me,” Lewinsky wrote in one romantic note to Clinton.

But the greatness of all that aside, this is just sad:

“Maybe we could go over and watch a movie together and just have kind of, I don't know, boxed dinners or something like that,” she says.

Aww, Monica Lewinsky is the original Ally McBeal, which was about a woman who had trouble with men, right? We forget. There was a dancing baby that sold insurance, we remember that pretty clearly.

If you're in "the mood," there are more sexxxy words over at Radar Online. Maybe you are tired of Anthony Whatshisname, and the molesty San Diego one, and you long for the days when your Democratic politicians brought a little class to their gross sex disasters. And gas was a buck a gallon, how wild was that?!