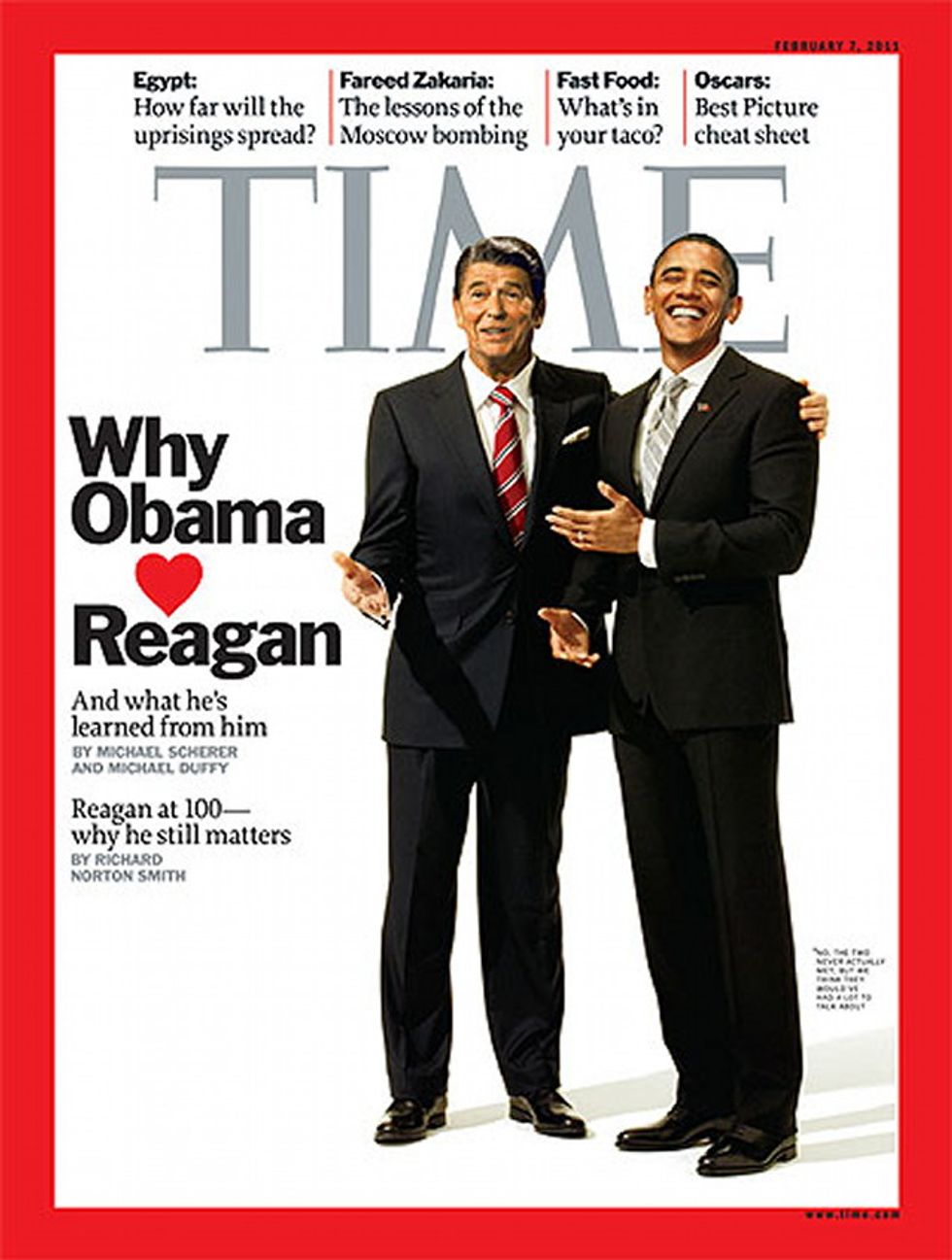 Hey, did you hear Ronald Reagan's 100th birthday is next month? Of course you didn't. You've been too busy fasting and praying to Ronald Reagan because OF COURSE HIS BIRTHDAY IS NEXT MONTH. So how would Ronald Reagan likeTime magazine to celebrate this occasion of the utmost cosmic importance? "Do you think he would want to be photoshopped onto a magazine cover yukking it up with his political nemesis?" No, probably not. But wait! Look at that cover! They made Reagan put his arm around the Kenyan! This is VERY OFFENSIVE, and now Ronald Reagan will return to destroy the world and rapture the true believers.

So it's offensive to print cartoons depicting Mohammed but THIS is okay? What a bunch of hypocrites the liberal media are.

It’s no secret that since the November 2010 “shellacking” the Obama loving media has been desperately trying to re-brand Captain Priorities as a practical centrist but this is ridiculous. Consider two key coincidences…

Hmm! Somebody call Nancy Reagan. Tell her to bring the Ouija board.

If TIME Magazine had a shred of integrity or credibility, it might have featured the keynote speaker of Reagan’s 100th birthday celebration on the cover. Can you guess who it is? I assure you it’s not Obama.

Yes, it's Sarah Palin! The thing about Sarah Palin is that she is more Ronald Reagan than Ronald Reagan, as every once in a while, Ronald Reagan would do something that goes against conservatives' current conception of Lord Reagan. Whoops, blasphemy! We will be burning in Reagan Hell, under the spiteful watch of the Reagan Satan, Tip O'Neill. [American Glob? Hah!]