New York Public Advocate Stone Cold Changing All The Lesbians, One Wife At A Time 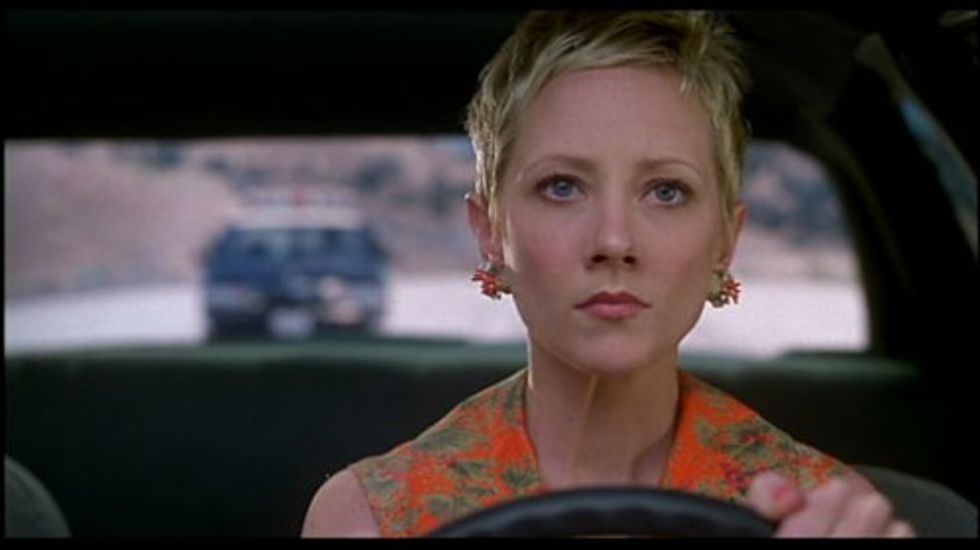 Today we learned that in NYC, there is something called a "Public Advocate." This is not a description of a thing, but an actual job, like "truck driver" or "pole dancer." The public advocate iskind of awesome and we wish we had one:

The job of the Public Advocate is, most fundamentally, that of a watchdog, ensuring that all New Yorkers receive the City services they deserve and have a voice in shaping the policies of their government.

Apparently, if you are THE public advocate, you are able to be a watchdog AND just stone cold go around  changing lesbians into hasbians:

Prior to meeting Mr. [Bill] de Blasio, Ms. [Chirlane] McCray identified as a lesbian and had several long-term relationships with other women. In a seven-page essay she wrote for the September 1979 issue of Essence magazine entitled “I am a Lesbian” she frankly discussed her sexuality and expressed gratitude that she came to terms with her preference for women before marrying a man.

Yesssss. Let us be the first to say (ok, probably like the one-millionth to say) NICE GOING PUBLIC ADVOCATE DUDE YOU ARE A STUD WHAT IS YOUR SECRET. Now, to be fair, Mr. Sex God Public Advocate may have had the path smoothed for him just a little bit here:

Ms. McCray wrote. “Coming to terms with my life as a lesbian has been easier for me than it has been for many. Since I don’t look or dress like the typical bulldagger, I have a choice as to whether my sexual preference is known.”

Oh. We are now much less impressed, Mr. Sorta Hot Public Advocate. Errrebody knows it is WAY harder to change up the typical bulldagger. Jeez. We learned that in kindergarten, right after reading The Giving Tree. Also, the good (?) people at Politicker aren't as easily impressed as yr Wonkette because they're busy focusing on the hard-hitting questions:

It is unclear how she transitioned from a self-described lesbian who was confident that she “had always been more attracted to women, both emotionally and physically, than to men” to a political wife in a heterosexual marriage.

Yeah, Politicker. Way to point that out. Everybody knows the old saying: once you go gay, you can never go the other way. We learned THAT in first grade right after reading Where the Wild Things Are.