New Zealand Prime Minister Claims He's Not A Lizard Person, Which Is Exactly What Lizard People Would Say 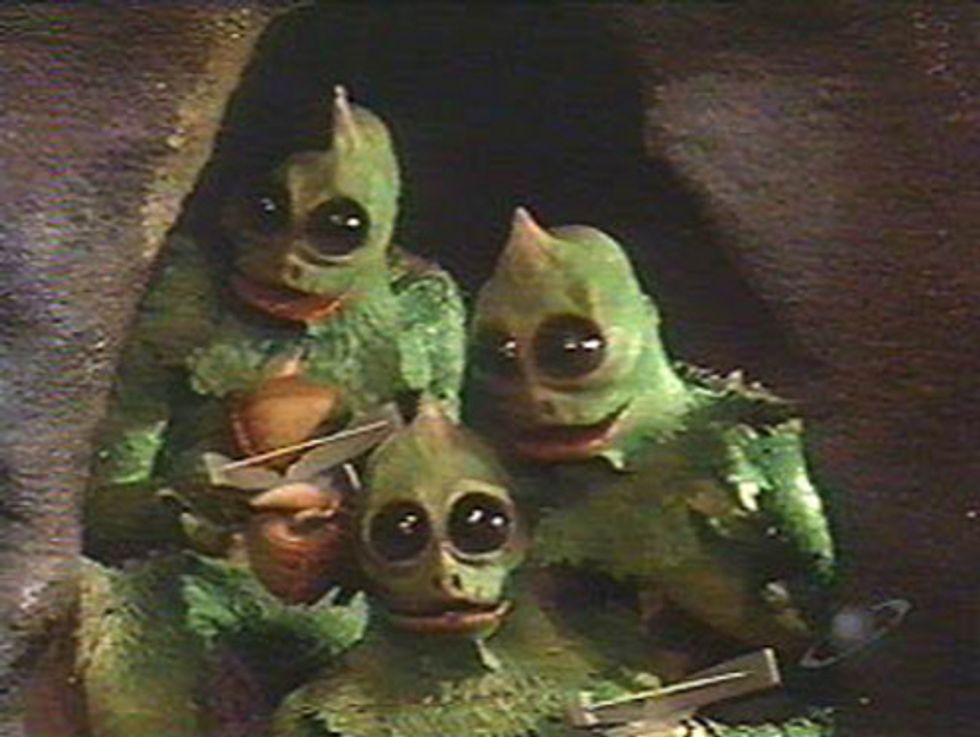 New Zealand's Prime Minister John Keyannounced last week that he is not, in fact, a shape-shifting alien lizard person. Which is pretty much what they all say. The statement came as the result of an Official Information Act (OIA) request from a man in Auckland. Reporters asked Key about the inquiry last Wednesday.

"To the best of my knowledge, no. Having been asked that question directly, I've taken the unusual step of not only seeing a doctor but a vet, and both have confirmed I'm not a reptile,"a smiling Mr. Key said today.

"So I'm certainly not a reptile. I've never been in a spaceship, never been in outer space, and my tongue's not overly long either."

Yr Wonkette would just like to say that we are not for one moment fooled by this "Mr. Key," whose name is the sort of obvious metaphor you'd expect in a Stephen King story. Also, nice try at a distraction -- he cleverly avoided saying anything about whether he is, in fact, a hobbit. Has anyone checked his feet?

The OIA request was filed in January by Shane Warbrooke, a writer and musician who says the request was a "joke" that he included along with additional requests filed as part of his serious research on UFOs. Again, likely story. The request asked for

"any evidence to disprove the theory that Mr. John Key is in fact a David Icke style shapeshifting reptilian alien ushering humanity towards enslavement".

The OIA was actually declined by Key's chief of staff Wayne Eagleson (oh, come on!), whose form letter ominously said "the document alleged to contain the information requested does not exist or cannot be found," which pretty much confirms the existence of a cover-up. Warbrooke said that he was satisfied with the response, and that it was pretty much what he'd expected, although he also noted that "they waited the full 20 working days they are allowed before getting back to me."

Yr Wonkette would like to point out that, even if he is a lizard person, Mr. Key would not necessarily be excluded from running for the U.S. Senate in Minnesota.

Follow Doktor Zoom on Twitter. He has politely declined to answer any questions about the length of his tongue, but smiled quietly to himself when asked.