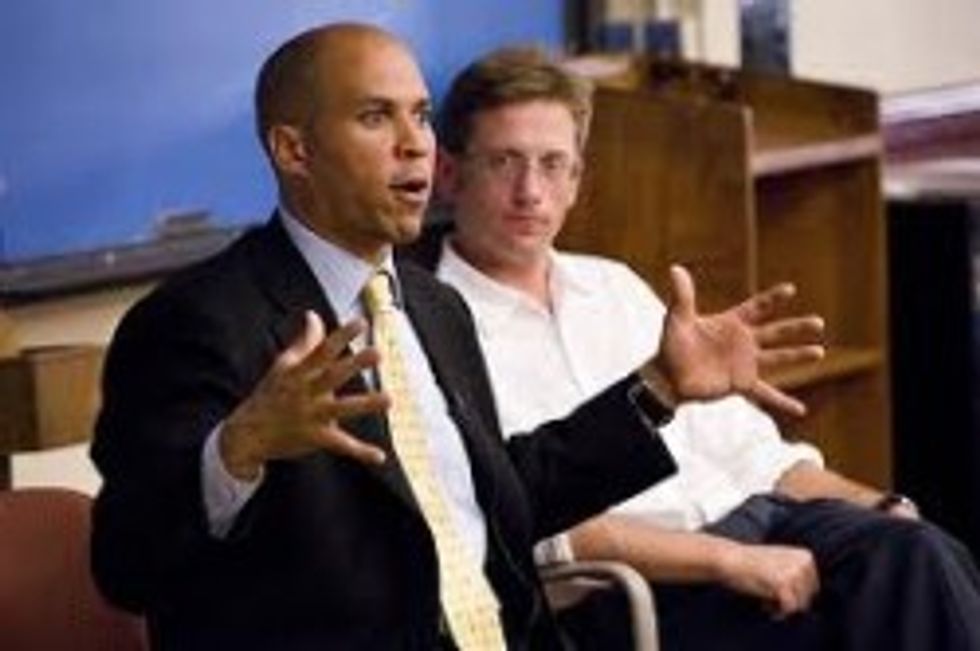 Cory Booker may finally have put an end to his reign atop the infamous criminal syndicate of Newark, New Jersey, with a brazen B&E in front of multiple witnesses. The Democrat "mayor" has admitted entering a building without permission of its owners and forcibly carrying out a woman who was inside. He claimsthe building was "burning," and that the woman "would die."

“I’m back here, I’m back here,” [the woman] yelled from a back bedroom, [Newark Fire Director Fateen] Ziyad was told by the mayor. After his security detail held him back, he told Ziyad, the mayor then yelled out to his guards to release him.

Along with the security detail, Booker carried the woman in his arms through the spreading fire and smoke out of the building, Ziyad said.

It has frequently been noted that Booker spends all his time bullshitting on Twitter with idiot citizens gabbing about potholes and downed power lines and garbage pick-up, thus fostering an attitude of government dependency and welfare among his constituents.

Booker was in custody of a local hospital for smoke inhalation. [Star-Ledger]