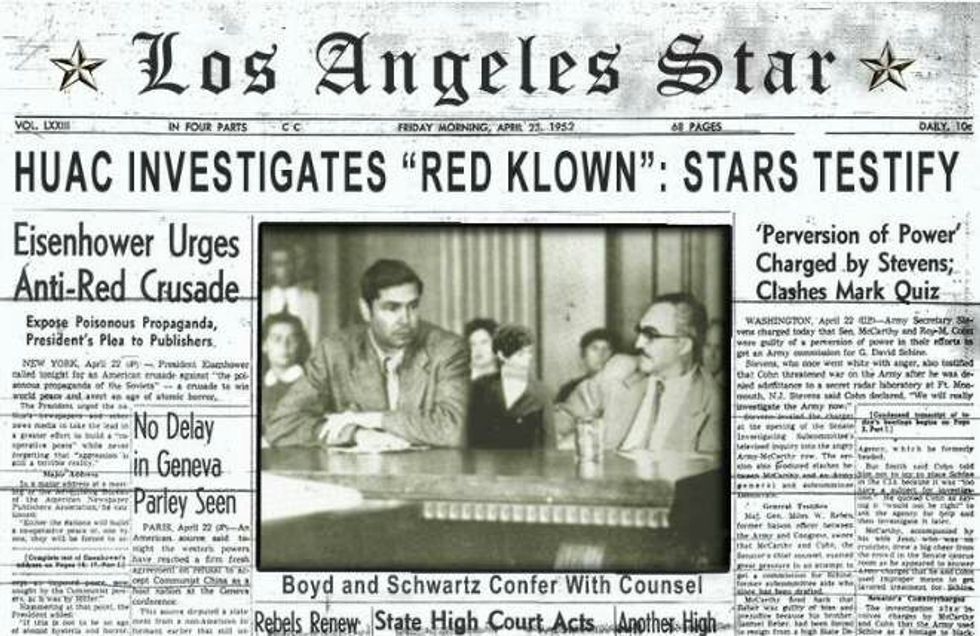 Newt Gingrich is a glutton for punishment, no? Because even though the Trump campaign cast him out after he offered some gentle criticism in regards to the super racist things he says about Judge Gonzalo Curiel, he is still going on the TV talking about how wonderful he is!

Yesterday, Fox and Friends interviewed both Gingrich and Rudy Giuliani on what they thought of Donald Trump's speech about Orlando -- and surprise! They thought it was great! Two thumbs up! They laughed, they cried, it became a part of them. Though Rudy Giuliani, for his part, would not necessarily require that the president resign for failing to say "Radical Islamic Terrorism." Although he did tell the Fox and Friends gang that he "respects [Trump] for saying it."

Giuliani then went on some diatribe about how Trump will totally take down ISIS just like he took down LA COSA NOSTRA in the 1980s, and then launched into a truly weird criticism of Bill de Blasio taking police officers out of mosques.

"There is no minister, there is no rabbi in this city nor are there some imams that object to having police officers in their congregation. In fact, they want them there," Giuliani said. "They want them to learn the message. It's enlightening for them."

"So you've got -- if you've got nothing going on there but a beautiful religious service, why in His name would you not want to have police officers there?" he asked.

Yeah! Who doesn't want their church service to be a police state? So pleasant! And certainly, if anyone were going to plan a terrorist attack, they would do it in the middle of a religious service, in front of some cops! It's not like they'd wait and do it someplace else entirely! Quite frankly, as horrified as I am by, say, the Army of God and other Christian Terrorist organizations that bomb abortion clinics and threaten workers, I am not stupid enough to think that they would plan these acts during regular church services open to anyone.

Gingrich, for his part, had another cool idea for the new American surveillance state! Bringing back the House Un-American Activities Committee!

"We originally created the House Un-American Activities Committee to go after Nazis," Gingrich said. "We passed several laws in 1938 and 1939 to go after Nazis and we made it illegal to help the Nazis. We're going to presently have to go take the similar steps here."

Ah yes, the House Un-American Activities Committee! That sure isn't a black mark on America's soul or anything! That went really well! No one is embarrassed by that! Remember what a good time it was when all those people were banned from working in Hollywood because some people thought they might be COMMIES? That, friends, was when we first learned the true character of one Ronald Reagan, who gleefully "named names" during the investigation.

It's not like we still expect teenagers to read The Crucible in order to better understand what a terrible idea that whole thing was, or anything. Certainly, this is a thing we should bring back. And while we're at it, let's check into some of Nixon's programs for investigating the American Left, shall we? Maybe he had some good ideas! And Joseph McCarthy, he sure was a great American person. What would he do in this situation?

BRB, gonna go look for some conservatives complaining about how "political correctness" is turning our country into a George Orwell novel and Obama is gonna put us all in FEMA camps.