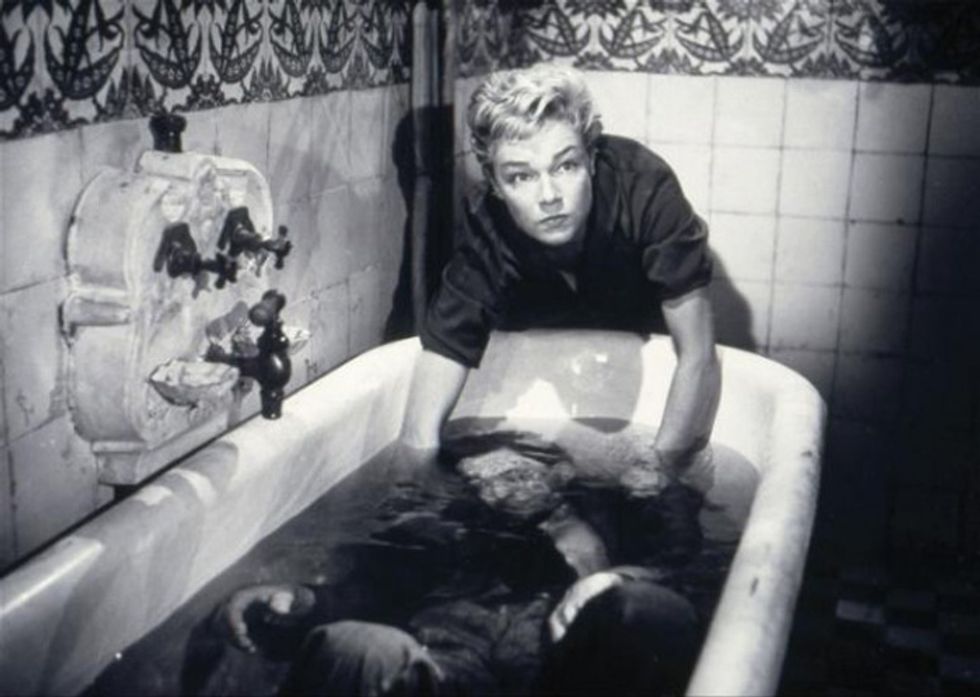 Hey, remember that one time Barack Obama repeated a line from The Untouchables and wingnuts all freaked out about his violent thuggish rhetoric? In today's Civility Update, we have real gem from New Hampshire GOP Chair Jennifer Horn, who got a Manchester audience fired up for Scott Brown with some particularly vivid rhetoric. It's sort of half come-to-Jesus revival, half Al Capone giving a motivational speech with a baseball bat:

Waves happen when every single member of a cause or a movement come together with passion and action, and reach out to every single human being that they can possibly come in contact with to share the good news of Republican leadership. You are the wave. I need you out there in the next two days. It will not happen without you. This is our time. We need to crush it. We need to grab it, run with it, push their heads under over and over again until they cannot breathe anymore, until the elections are over on Tuesday night, and we’ve won it all.

Drown Jeanne Shaheen! Hold her under until the last breath of life escapes in a desperate spasm of bubbles! Then all we need to do is find a good place to dump her lifeless waterlogged corpse, yeah! Uh. With votes.

Nah, we know a metaphor when we see one -- Horn's just talking about a very vigorous kind of baptism, is all.

Watching the video, all we could think was that it needed a good loud Howard Dean scream right at the end. We really need to get some video editing software.

Horn was followed by the ever-delightful former governor and senator John Sununu, who was previously drownded like a litter of 19th century farm kittens by Jeanne Shaheen in 2008. If Horn had a string of deranged metaphors, Sununu took a more direct approach, just yelling random phrases from talk radio:

They are embarrassed by a Democrat president in the White House that has failed America, that has in fact SCREWED America, and they’re ashamed to meet with him. We have to make a change on Tuesday in the Senate, in the governor’s office, and all the way down the ticket.

Think of how disgraceful it is to have a disgrace in the White House. And they’re telling us they’re ashamed of him, and they ought to be. Because he has stuck it to America with Obamacare, with spending, with irresponsibility, and a violation of the Constitution almost once a month. This man has to be sent a message. We’ve got to win these elections.

How disgraceful is it to have a disgrace in the White House? Disgracefully disgraceful, we bet! And those monthly violations of the Constitution, too -- somebody ought to do something about that, don't you think? Like maybe name what they are, at the very least?

In reply, we can only urge New Hampshire Democrats to get out there to stay afloat, and swim like you're Roy Scheider at the end of Jaws. Which is not to say that we're hoping Scott Brown bites a scuba tank, not at all.

(Twitchy Hed: WONKETTE URGES SHOOTING SCOTT BROWN IN THE MOUTH AND BLOWING HIM UP!!!!!)