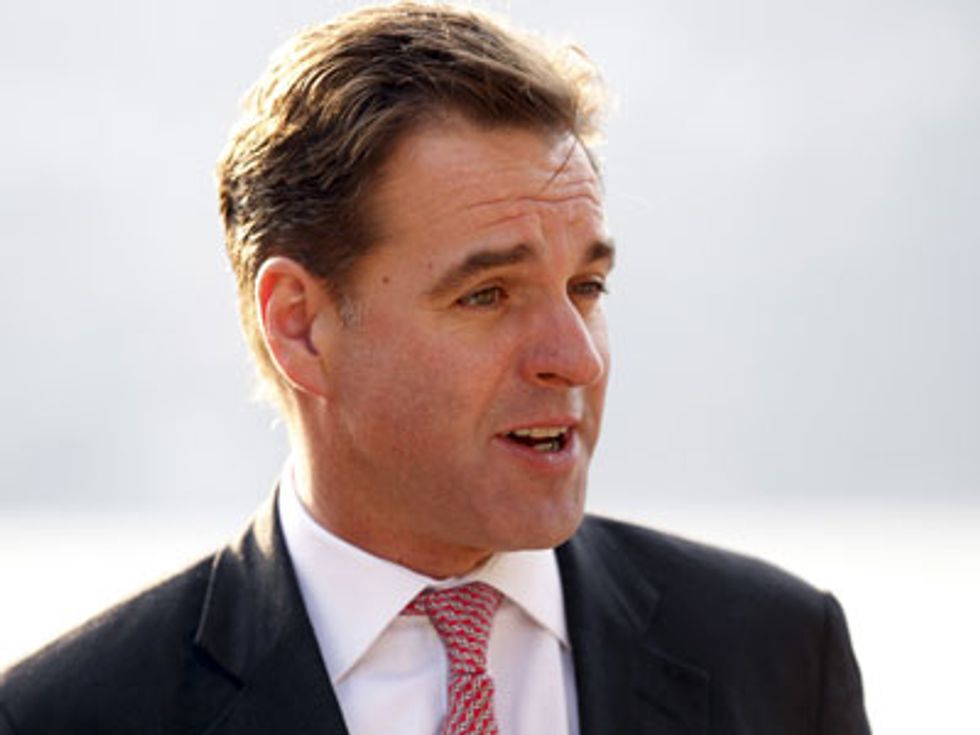 Last week, Niall Ferguson (an "economic historian" at Harvard) provided a controversial analysis of Keynesian economic policies, arguing that John Maynard Keynes was just too GAY to be a good economist because of something having to do with too much buttseks and no babymaking (no, seriously, this was pretty much exactly what he said.)

But don't worry, it's cool, he's sorry you were offended so he has issued an apology, mansplaining that:

1. he cannot possibly be homophobic because he has gay friends,

2. he cannot possibly be racist because he has a Somalian wife,

Do you think we are perhaps jesting, or exaggerating? No, we are not, actually! Here, let us take a tour through Niall Ferguson's "apology," noting throughout that THIS IS A HARVARD PROFESSOR.

Last week I said something stupid about John Maynard Keynes.  Asked to comment on Keynes’ famous observation “In the long run we are all dead,” I suggested that Keynes was perhaps indifferent to the long run because he had no children, and that he had no children because he was gay. This was doubly stupid. First, it is obvious that people who do not have children also care about future generations. Second, I had forgotten that Keynes’ wife Lydia miscarried.

*cough* anassclownsayswhat *cough*. Sorry, we should really get that taken care of. It's just that we have an uncontrollable reaction to smarmy blowhards. What were you saying, Niall Ferguson?

To be accused of prejudice is one of the occupational hazards of public life nowadays. There are a remarkable number of people who appear to make a living from pouncing on any utterance that can be construed as evidence of bigotry. Only last year, though not for the first time, I found myself being accused of racism for venturing to criticize President Obama. This came as a surprise to my wife, who was born in Somalia.

FYI: he compared President Obama to Felix the Cat and then wrote another one of these "apologies" explaining why it was not racist to do so. What does this have to do with his wife, we wonder? No idea, he doesn't explain.

The charge of homophobia is equally easy to refute. If I really were a “gay-basher”, as some headline writers so crassly suggested, why would I have asked Andrew Sullivan, of all people, to be the godfather of one of my sons, or to give one of the readings at my wedding?

Translation: hey I'm not gay! I have a gay friend! And it's Andrew Sullivan, who is also kind of a blow-hard, but whatever he's GAY, ok?

Not for one moment did I mean to suggest that Keynesian economics as a body of thought was simply a function of Keynes’ sexuality. But nor can it be true—as some of my critics apparently believe—that his sexuality is totally irrelevant to our historical understanding of the man. My very first book dealt with the German hyperinflation of 1923, a historical calamity in which Keynes played a minor but important role. In that particular context, Keynes’ sexual orientation did have historical significance. The strong attraction he felt for the German banker Carl Melchior undoubtedly played a part in shaping Keynes’ views on the Treaty of Versailles and its aftermath.

In other words: Keynesian was so gay (HOW GAY WAS HE?) he was SO GAY that he was in love with this German banker and this is why he had certain views on the Treaty of Versailles. So SEE, his gayness WAS relevant.

Except it wasn't, of course, any more than, say, Lincoln's "straightness" was relevant to the Civil War.

Shock, horror: Even the mighty Keynes occasionally said stupid things. Most professors do. And—let's face it—so do most students.

What the self-appointed speech police of the blogosphere forget is that to err occasionally is an integral part of the learning process. And one of the things I learnt from my stupidity last week is that those who seek to demonize error, rather than forgive it, are among the most insidious enemies of academic freedom.

See you guys? EVERYONE IS DOING IT, so get over it. Also, students are stupid too, so there.

If this is the best and brightest, we are in serious trouble. But we knew that already.