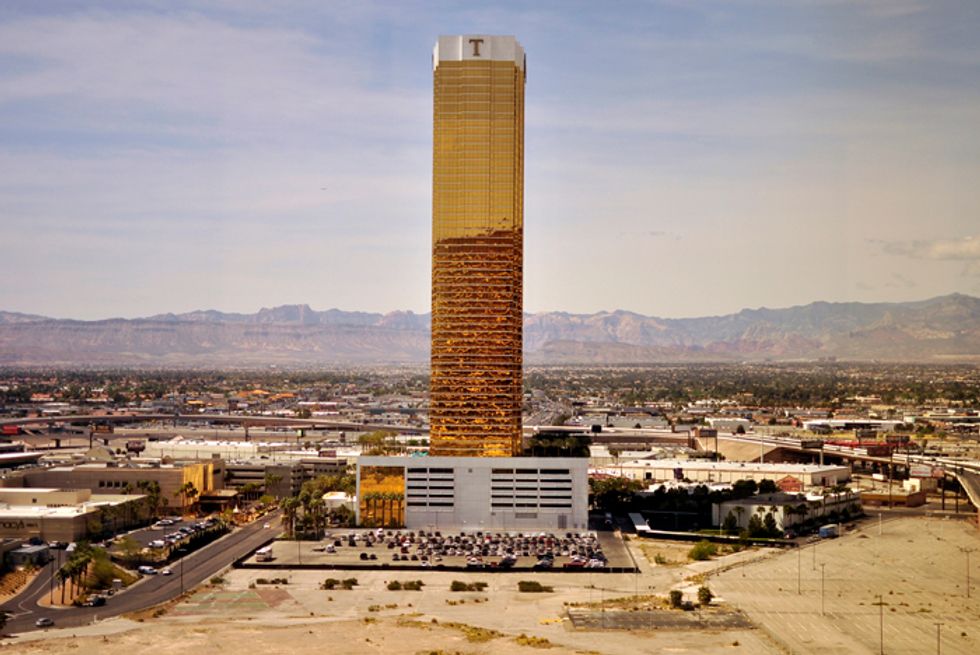 Your Nice Time today comes from Sin City itself, Las Vegas, Nevada, where union workers have been fighting for two years to organize workers at the incredibly tacky not-even-on-the-Strip Trump International Hotel. Wednesday, they finally reached a contract agreement with Trump and the hotel's co-owner, Phillip Ruffin. You can't scare them, Donnie, they're in the union! Next target for organizing: Trump's newly opened (and probably illegal) hotel in Washington DC. Tell us more, HuffPo!

According to the union, Unite Here, the Trump International Las Vegas agreed to a four-year deal that brings to a close an ugly fight in which federal officials accused Trump’s team of union-busting. Without releasing details, the union said the contract includes annual pay raises, pension contributions and family health care for the hundreds of housekeepers and food service workers at the Vegas site.

During the presidential primaries, way back in 2015, Martin "Remember Me? No?" O'Malley was briefly visible when he marched with union advocates at the Trump property in Vegas, at which time we learned workers at the Trump property not only didn't have company-paid healthcare, they also were paid 3-4 dollars less per hour than the norm at unionized hotels in Las Vegas. HuffPo also reported earlier this year that the Trump International in Vegas had spent half a million dollars in its fight against union organizing.

In November, the National Labor Relations Board ruled the Trump International had violated the National Labor Relations Act by refusing to bargain with the union, and ordered the hotel to recognize the union and bargain with the workers through Culinary Workers Union Local 226, an affiliate of UNITE HERE. Here's hoping the union workers will ensure no more horrifying bacterial infections in the food at the Vegas Trumpoplex.

The victory for the union comes shortly after the president-elect chose Andy Puzder, the notoriously anti-union CEO of the company that runs fast food restaurants Hardees and Carl's Jr., as Labor secretary. This is where you may do your best imitation of that kid Nelson from The Simpsons saying "HA-HA!"

Will Trump be in violation of the lease on his fancy new DC hotel the very day he takes office? MAYBE PROBABLY!

Trump Already Shaking Down Foreign Diplomats For Access, Via His Stupid Hotel. Winning!

Nothing to see here, just the president-elect shaking down foreign diplomats for access. FUN! :D

In a separate agreement today, UNITE HERE local 25 announced it had reached an agreement to begin an "orderly organizing campaign" at Trump's International Hotel For Grifting Off Visiting Foreign Dignitaries Just Blocks Away From The White House (we may as well name it accurately), located in the Old Post Office building and leased from the government under decidedly hinky circumstances. Local 25 president John Boardman said very nice things about Trump's Washington hotel, or at least for now, saying in a statement the agreement "speaks volumes about the hotel's commitment to its employees and the value they place on their relationship" with union workers.

In turn, Trump Hotels CEO Eric Danziger issued a statement calling the union an "important partner" and saying "We share mutual goals with the Union, as we both desire to ensure outstanding jobs for the employees[.]"

Politico did not note whether either gentleman was raising his middle finger or wearing a shit-eating grin while sending off the respective statements.