Nice Voting Rights You Have There, Would Be A Shame If Justice Gorsuch Happened To Them! 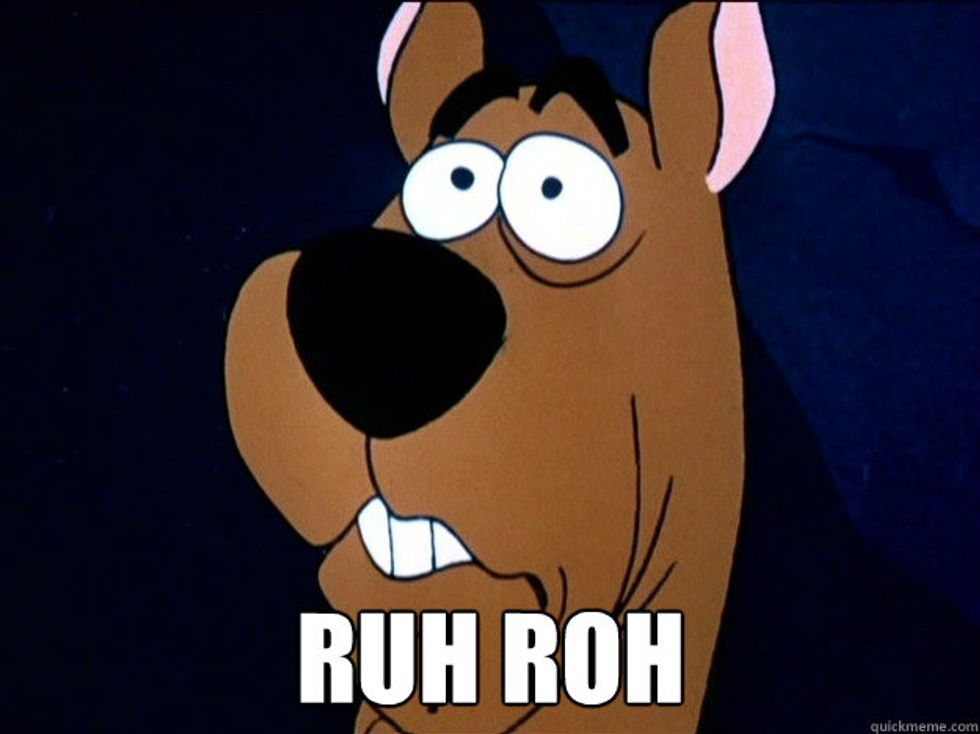 When the Roberts Court agrees to hear an appeal of a lower court decision striking down a vote suppression statute, it is probably not good news. This morning, the Supreme Court granted certiorari of a 6th Circuit ruling voiding a law that allowed Ohio to purge 846,000 voters between 2011 and 2014.

Use It or Lose It

Last September, the 6th Circuit ruled in A. Phillip Randolph Institute v. Husted that Ohio's method of purging ineligible voters from its rolls violated the Voting Rights Act. The VRA explicitly prohibits states from removing voters simply because they don't vote. Ohio added its own special sauce to this by pairing it with a mailer requiring the voter to respond and confirm that she still lived in the precinct. If the voter didn't respond and then failed to vote in two subsequent federal elections, she would be dropped from the rolls. In practical terms, the voter will be purged if she:

In that case, the voter can show up in 2016 and be turned away from the polls. Which is exactly what happened to one of the plaintiffs in this case, as reported in The Nation.

[Larry] Harmon voted for Barack Obama in 2008 but had not returned to vote until 2015. He later learned that he was purged from the rolls in Ohio for “infrequent voting” because he had not voted in a six-year period, even though he hadn’t moved or done anything to change his registration status. The same thing is now happening to tens of thousands of voters across the state. The fear is that voters who cast ballots in 2008 but have not participated since, particularly first-time voters for Obama, will show up in 2016 to find that they are no longer registered. Ohio has purged more voters over a 5-year period than any other state.

Ohio's Secretary of State argues that pairing the failure to vote with the lack of response to a postcard magically brings the statute into compliance with the Voting Rights Act. The Sixth Circuit acidly responded that Ohio can't simply launder the illegal purging by adding some random other factor.

In more concrete terms, a state cannot avoid the conclusion that its process results in removal “solely by reason of a failure to vote,” by providing that the confirmation notice procedure is triggered by a registrant’s failure either to vote or to climb Mt. Everest or to hit a hole-in-one. [Citation omitted.]

But with Gorsuch on the Supreme Court now, the odds of this interpretation holding got a lot lower. Particularly since the Help America Vote Act (HAVA) implies that a state may purge a voter suspected of moving out of the district if she:

(B) has not voted or appeared to vote in 2 or more consecutive general elections for Federal office.

The 6th Circuit held that the VRA's No Purging for Non-Voting provision overrules this Section of HAVA, but I'm betting Roberts, Alito, Gorsuch, Thomas, and probably Kennedy have a different take. And so is Ohio's Republican Attorney General Mike DeWine, who is "pleased the Supreme Court agreed with my arguments that this decision needed review to clarify the important issue of how states like Ohio can best maintain up-to-date and accurate voter rolls." Yeah, Mike, it's all about you.

In a SHOCKING Coincidence...

Republican politicians have good reason to celebrate the Court taking this appeal.

In Cleveland's Cuyahoga County, 5 percent of voters in neighborhoods that backed Obama by more than 60 percent in 2012 were purged last year due to inactivity, according to the Reuters analysis of the voter lists. In neighborhoods where Obama got less than 40 percent of the vote, 2.5 percent of registered voters were removed for that reason.

The disparity is especially stark in Hamilton County, where affluent Republican suburbs ring Cincinnati, which has one of the highest child-poverty rates in the country.

Clutch the pearls! You mean that this law works to disenfranchise the very voters likeliest to turn this swing state blue? Almost like they planned it that way? UNPOSSIBLE!

And they'll probably get away with it to, thanks to Justice Gorsuch!

Annnnnnd, you're welcome for ruining your afternoon! Don't forget to throw us a Scooby Snack!