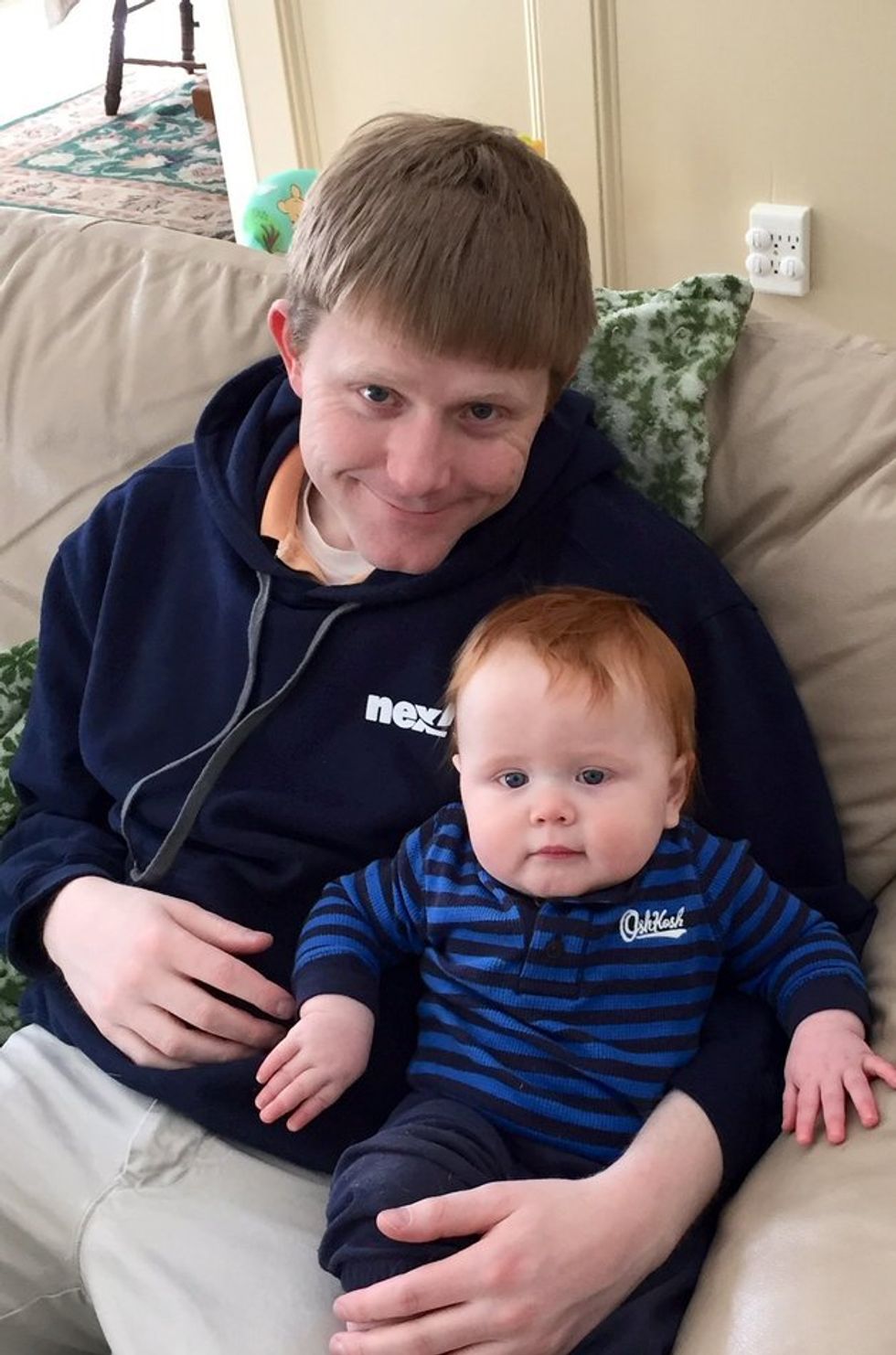 Saturday evening, Troy and Kelli Goode of Memphis headed off to a Widespread Panic concert in nearby Southaven, Mississippi. What should have been a nice night off for two young parents ended with Troy, a 30-year-old chemical engineer, loving husband and devoted daddy of a 15-month-old, being hogtied by the Southaven police, and soon after dying in their custody. One of the family's attorneys, Tim Edwards, explained the timeline of events to the Huffington Post:

The couple was driving away from the concert venue when Goode exited the vehicle near a local shopping center.

"He was intoxicated and his wife was driving," Edwards said. "He was acting erratically and got out of the car for reasons unknown."

Goode's behavior prompted someone to call the Southaven Police Department. When officers arrived on the scene, Goode allegedly resisted arrest.[...]

Goode -- who, according to Edwards, had asthma and carried an inhaler -- was arrested for disorderly conduct. For reasons not yet clear, Goode was hogtied by officers and placed facedown on a stretcher belonging to a responding ambulance, the lawyer said.

Two hours later, the family was notified that Goode had died. And how? Well, Southaven Police Chief Tom Long first suggested that Goode was "acting erratically from an alleged LSD overdose," which is interesting, because people really don't die from LSD overdoses, even if, as has been reported in some outlets, dude did some acid that night. Kevin McCormack, another of the family's attorneys, told Wonkette that it's "extremely premature of the Southaven Police Department to say it was an LSD overdose," considering how long it takes for full autopsy and toxicology reports to come back. But maybe these Mississippi officers are so experienced with the well-known American epidemic of acid-related cop deaths that they can just tell!

Desoto County D.A. John Champion claimed in a news conference to have seen a "preliminary report" on the autopsy, sans lab results, from which he drew the conclusion that "Goode's death was possibly related to heart or lung related issues." In another report on the same presser, Champion was quoted more specifically, saying, "Basically, (it was) a form of a heart attack. His heart was racing so heavy." Champion also said he believes that his preliminary interpretation of the lab result-free autopsy report exonerates the arresting officers from charges of police misconduct, but then again, he also says the cops merely restrained Goode with leg irons, when EVERY WITNESS says they hogtied him.

Regardless of the exact cause of death, McCormack told Wonkette, "Everyone realizes that the real story here is how Troy was treated by the police. We have video of how he was treated. Everyone can see that they hogtied him. They strapped his head down while he was hogtied. It's a shame that the Southaven Police Department isn't focusing on their officers' use of force."

Here's that video, taken by the son of local attorney David McLaughlin. In it, you can see that the police have hogtied Goode, even though Mississippi officials are apparently allergic to the word "hogtie." Maybe they prefer to think of it as "that thing we like to do with our rope." Note that at the 50-second mark, we can see Goode struggling, and witnesses say they can hear him screaming, "I can't breathe!" A few seconds later, a witness notes how deadly white Goode looks, right before the officers on the scene get pissed off about how they're being recorded:

And remember how Goode had asthma? A close friend of the family with detailed knowledge of the incident reports that Kelli Goode tried in vain to tell the officers that her husband had asthma and needed his inhaler, at which point they allegedly threatened to arrest her. This source's account also describes Goode screaming, "I can't breathe!"

A letter sent to Mississippi Attorney General Jim Hood, provided to Wonkette by the Goode family's attorneys, states that Kelli Goode was told again that she would be arrested, if she followed her husband to the hospital, and that Troy Goode's mother was similarly threatened when she contacted the hospital and was told her son was in "stable condition":

And then shortly after, the family learned that Troy Goode was dead. Golly gee, wonder if somebody was trying to cover somebody's ass, the way the family was kept from the hospital and threatened with arrest? JUST ASKING QUESTIONS.

The same letter, seeking a full investigation from the state into all aspects of the case, sheds more light on what the officers allegedly did at the scene, and would you be surprised to hear tasers may have been involved? Only if you're an idiot!

Fun fact about hogtying: It's considered to be an EXTREMELY dangerous practice, one which has been banned by more than a few large police departments. Because why?

In 1992, Dr. Donald Reay, the chief medical examiner of King County and Seattle, Wash., published a study on hog-tying and "positional asphyxia." That's the medical term for suffocation that occurs when a restrained subject is made to lie face down, resting mainly on his chest and abdomen.

Now that study was about how hogtying increases the chance of positional asphyxia in overweight people, but you know who ELSE might have trouble breathing in restraints like that? People who are in the middle of asthma attacks, because by definition, those people are having trouble breathing. Would you be surprised to learn that hogtying is widely used throughout Mississippi? No you wouldn't, because you are NOT an idiot.

So did Goode die at the hospital from a heart attack caused by an "LSD overdose?" Was hogtying a person who may have been suffering an asthma attack at the time POSSIBLY involved? Was Goode actually still alive when he reached Baptist Memorial Hospital? We are just asking questions, and we're going to go out on a limb and say the results from the full autopsy and toxicology reports should be fascinating. We might have known more, but police allegedly interfered with witnesses' attempts to record the incident:

And look, yr Wonkette is not a cop-hater. Events around the country the past few years have encouraged people to go to one extreme or another -- from "Fuck Tha Police" to "the police can do no wrong, and if person A hadn't been doing X, the cops wouldn't have had to kill him!" But there do seem to be some problems out there, with the way SOME of those wearing badges, and SOME terrible, horrible, fucked up, very bad police departments out there handle the citizens they're supposed to be Serving and Protecting. (It's right in their goddamned motto!) And it's especially concerning when people mysteriously die while in the custody of of police, though the official narrative tends to be that the person in custody must have done it to him or herself. Strange how that keeps happening, especially to people of color.

A YouCaring page has been set up to help Kelli Goode and her son going forward.

So ... can we talk about police brutality and stuff now? Or is it Too Soon again? We never can figure out how the timing works on this subject.