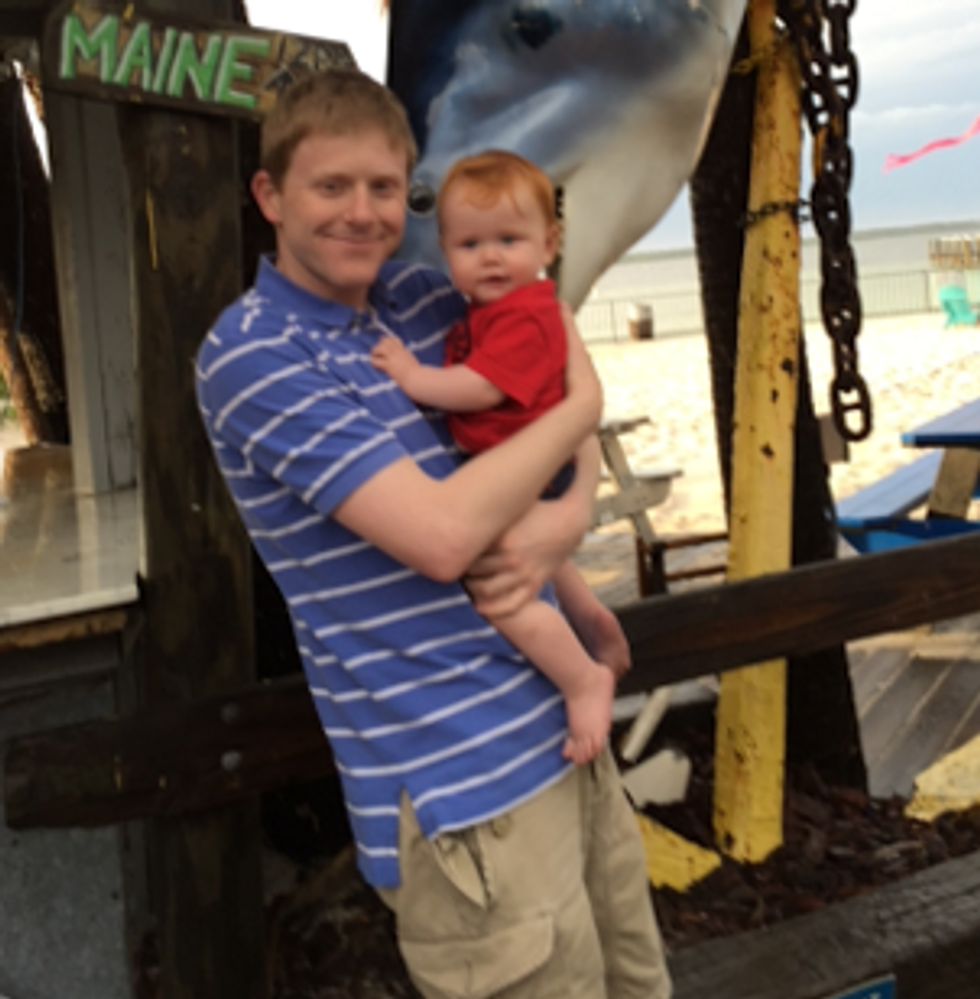 Wonkette has been following the story of a 31-year-old Memphis dad named Troy Goode, who in July went to a Widespread Panic concert in Southaven, Mississippi, with his wife, Kelli, and somehow ended up dying at the hospital in Southaven police custody hours later.

Goode had dropped a bit of recreational LSD at the show, and apparently the experience wasn't going well, so Kelli decided to take him home early. Near the venue, she pulled over and he got out of the car. Witnesses mistook the events for a "domestic dispute" and called the cops, which is when things went very wrong.

Witnesses reported Goode was hogtied by officers as he was having an asthma attack, and that before he was shunted into an ambulance, he could be heard screaming, "I CAN'T BREATHE!" Police wouldn't let Kelli give him his inhaler. Later, they threatened to arrest her when she tried to inquire as to Troy's well-being in the hospital. Totally normal behavior. Within an hour of arriving at the hospital, Goode was dead.

LSD may be illegal, but it only leads to death approximately zero percent of the time. However, Southaven police and city officials were pretty certain Goode was "acting erratically from an alleged LSD overdose,” and maybe that was why he died. Then reality intervened and the official story changed.

According to Desoto County District Attorney John Champion, a “preliminary autopsy,” which the media did not get to see, stated Goode died of some kinda somethin’ with his heart, or maybe his lungs, or maybe both — the presser on that report was mighty vague. Who conducted that "preliminary autopsy"? It's not clear. But Champion saw it, he promises. Maybe he was referring to the toxicology report, which WAS released, that showed Goode had weed and LSD in his system, but no other drugs that weren't administered at the hospital.

The state conducted a more thorough autopsy in July, but it hasn’t released its official report (or a death certificate for the family), though the Goode family’s attorneys have been trying their damnedest to get them to. The family has withheld its own independent autopsy findings until now, seemingly in an effort to give Mississippi time to get its shit together.

Time's up, though, and on Wednesday, the Goode family attorneys held a press conference and released the results of their independent autopsy. In the shock of the century for all who have been following the case, it says hogtying a person in the throes of an asthma attack just might be enough to kill a man:

Gosh, he didn't die from bad acid? Who woulda thunk it?

In the presser, attorneys also divulged details about that day that were heretofore unknown to the public, like the part about how Mississippi Emergency Management Services allegedly violated pretty much everything they ever learned about EMS-ing, by failing to provide Goode the medical care he obviously needed in the ambulance.

So now it seems that, along with the Southaven Police Department, the EMS company is implicated. Was it all sunshine and daisies at Baptist Memorial Hospital-Desoto? Apparently not:

Well then. Sounds like too many cooks in the kitchen, and not one of them doing a damn thing.

A statement from the city of Southaven says they are very, very sorry that this guy with a chemical engineering degree and an IQ of 166, father to a toddler, died in their custody. But the city also says all the witnesses be lyin'. Goode didn't say he couldn't breathe! And he was acting all violent and crazy, all 150 pounds of him, probably due to how he was potted up on reefer and devil acid drugs:

We like that last sentence, because even though it's been eleventy-billion percent confirmed that he didn't "die of drugs," it's nice to insinuate once again that maybe he did.

The city seems to know a ginormous lawsuit is headed in its direction, and says it will "put forth a vigorous defense" of all the officials who were Just Doing Their Job or whatever.

We look forward to Southaven's explanation for why the independent report is wrong, and HECK no, cops never fuck up. Even though hogtying is a deadly practice, which is why it's been banned by many more grown-up police departments.

Ooh, we know, we know! Maybe he died of drugs!

Release your autopsy, Mississippi. You don't have anything to hide, do you?