North Carolina Done Trying To Inspect Your Pieces While You Poop: A Nice Time!

HOORAY! It is nicetimes! Transgender people in North Carolina can finally pee without some halfwit yokel demanding to compare the bits and the birth certificate. Sorry, Jethro! Now go stand over the urinal and try to squeeze a couple drops over your enlarged prostate.

In March of 2016, North Carolina's gerrymandered legislature passed a bill requiring people to make wee-wee in the restroom corresponding to the gender listed on their birth certificates. WE MUST PERTECT THE WIMMINZ, they shout. What if little Mykenzee is using the terlit and she sees a lady with a peener? IRL, lady restrooms all have doors because tampons. But just try telling that to a hillbilly with no one left to look down on since they got rid of whites-only water fountains.

@PatMcCroryNC It's now the law for me to share a restroom with your wife. #HB2 #trans #NorthCarolina #shameonNC pic.twitter.com/4b4OdmfmeN

Hey conservative fearmongers - pls explain to me again why you want me in the women's restrooms... #wejustneedtopee pic.twitter.com/OoJFoMOgg4

Republicans went home expecting a ticker tape parade from their grateful constituents, particularly the ladies who could look forward to tinkling next to these hairy dudes. Instead, they faced media ridicule and a billion dollars in lost tourism and corporate revenue. Tarheels decided that a thriving tax base is actually more fun than scary ghost stories about men in dresses, so in 2016 they gave their asshole governor Pat McCrory the boot.

And after several false starts, new Democratic Governor Roy Cooper finally negotiated a Consent Decree to settle the lawsuit filed by the ACLU on behalf of transgender UNC employees. The bathroom bill is dead, and the State of North Carolina will stop telling people where to poop. Do your business, flush, and wash your damn hands!

Republican legislators have the right to intervene in the settlement, but so far they seem resigned to bitching about it on social media and vowing that the hate will rise again. 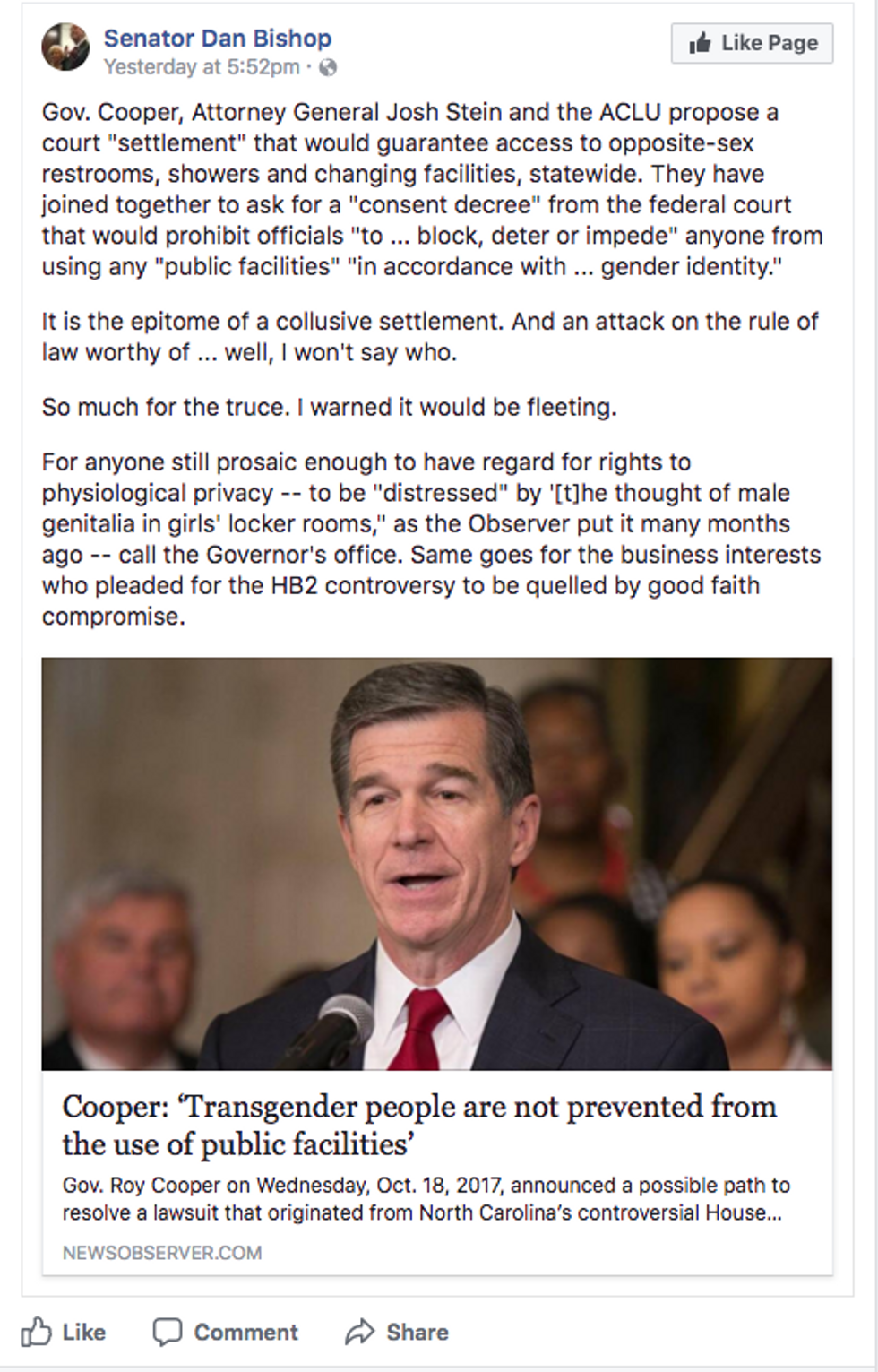 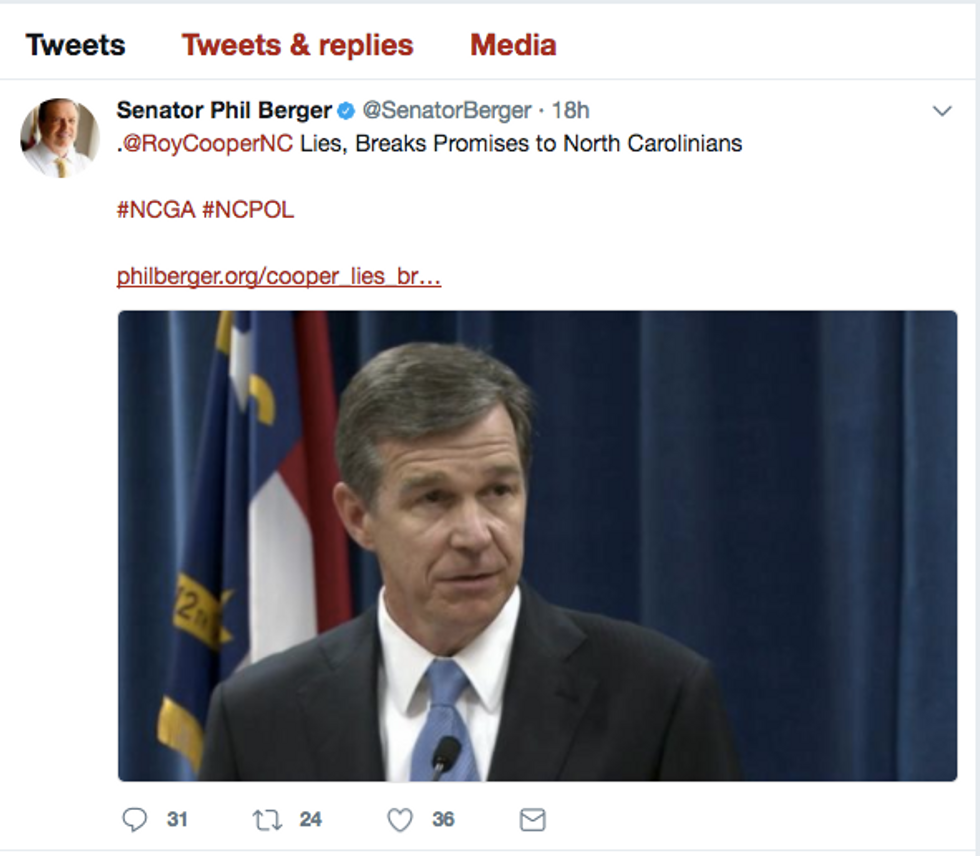 Because aren't they the real victims here? The ones who thought they'd ride the wave of the last great wedge issue, only to find it had jumped the shark? Sad!

And as an extra Nicetime, Governor Cooper issued an Executive Order barring discrimination based on sexual orientation or gender identity in state employment and contracts. Well done, North Carolina! Come on in to the 21st century! The water's fine!