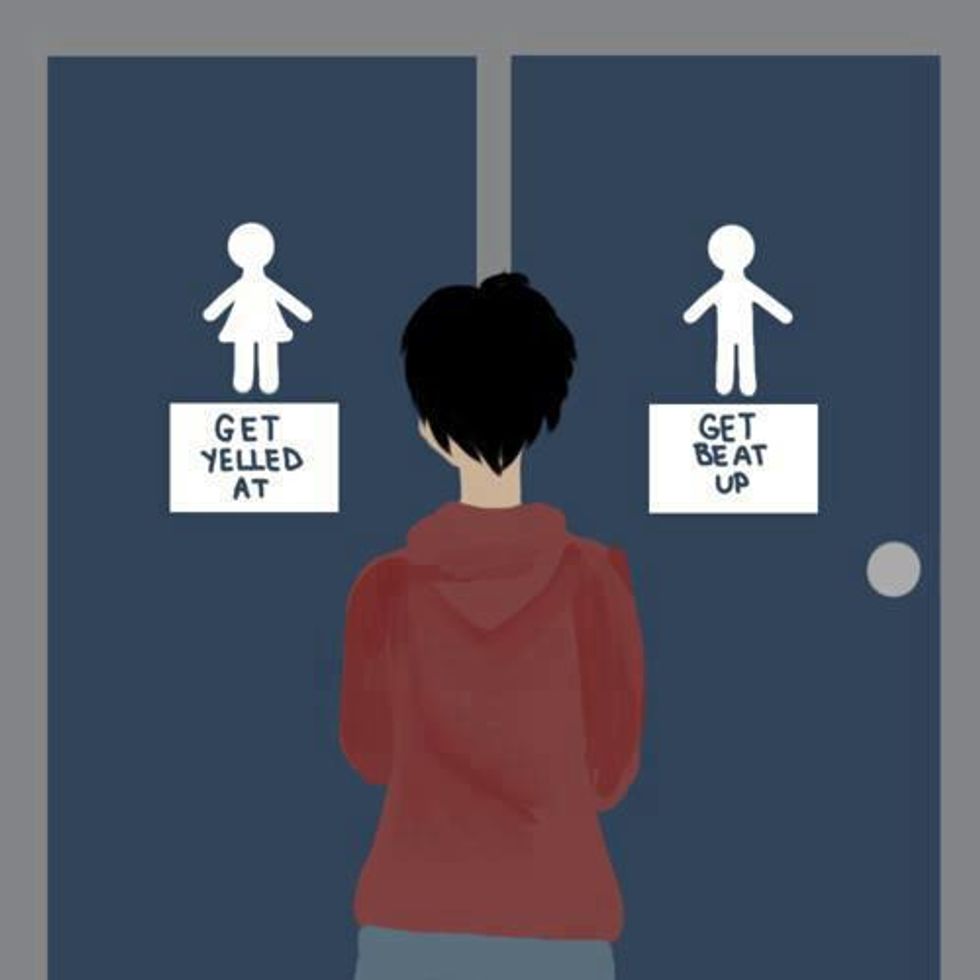 Is the Republican-controlled North Carolina legislature about to do something good on Tuesday? UNPOSSIBLE. And not really, but kind of sort of? The dashing Democratic governor-elect of North Carolina, Roy Cooper, says GOP numbnuts in the lege have assured him that they are coming to work on Tuesday (tomorrow) to fully repeal the awful HB 2 transgender law, the one that banned transgender folks from using the bathroom that matches their gender identity, and effectively allowed pervy Republicans to sniff around people's junk in the toilet. BECAUSE OUR WIVES AND DAUGHTERS! The reason for the repeal now, assuming it happens, is that the city of Charlotte repealed its own LGBT nondiscrimination ordinance (NDO) Monday morning, with the condition that such repeal only goes into effect if the state lege repeals HB 2 by December 31:

Governor-elect Roy Cooper said House Bill 2 will be repealed in full during a special session Tuesday.

Gov. Pat McCrory’s office confirmed he will call for a special session to repeal HB2. The statement from McCrory was not clear if that special session will occur Tuesday. [...]

“I hope they will keep their word to me and with the help of Democrats in the legislature, HB2 will be repealed in full,” Cooper said.

Surely McCrory and the Republicans in the lege wouldn't lie, especially not after all their Good Behavior the past week, as they've stomped on democracy in order to weaken the incoming governor's power, since Cooper is a Democrat, therefore he is illegitimate.

The law, of course, made North Carolina a pariah in the eyes of Big Bidness and celebrity entertainers and even the NCAA and the NBA, and it's cost the state a hell of a lot of money. So we guess repeal is "good," except for how Charlotte will not have a nondiscrimination ordinance to protect transgender people, and as David Badash at the New Civil Rights Movement notes, it's "unclear" whether other cities that had NDOs before they were killed by HB 2 will be able to enforce them once again. So yeah. This is "good" news, sort of kind of not really.

"Governor McCrory has always publicly advocated a repeal of the overreaching Charlotte ordinance," said Graham Wilson, McCrory's press secretary, blaming Charlotte's mayor and Governor-elect Roy Cooper for blocking previous repeal efforts. "This sudden reversal with little notice after the gubernatorial election sadly proves this entire issue originated by the political left was all about politics and winning the governor’s race at the expense of Charlotte and our entire state. As promised, Governor McCrory will call a special session."

Uh huh OK whatever. It's time for McCrory to quit whining and accept his historic defeat so the new Democratic governor can unite the people behind Making North Carolina Great Again, we think.