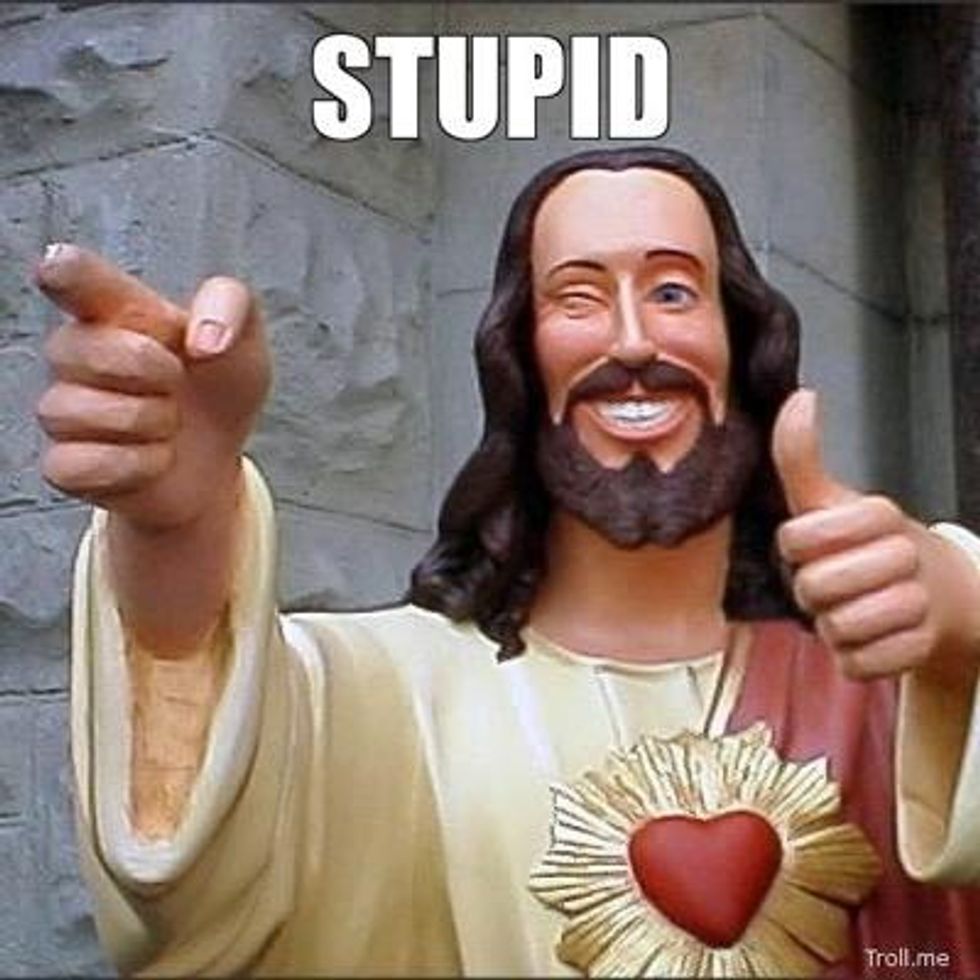 Dumbass North Carolina Gov. Pat McCrory is doubling down on being a dumbass, can you even believe that? After the federal gub'mint kindly informed him that his state's hateful HB 2 law, which  basically bans transgender people from taking leaks, was a piece of shit that violated more than one federal law, the Justice Department gave the state until Monday (today) to fix it.

Instead of doing that, McCrory decided to sue the government, because again, he is a dumbass:

In his complaint, McCrory (R) accused the federal government of “baseless and blatant overreach.”

“The Obama administration is bypassing Congress by attempting to rewrite the law and set restroom policies for public and private employers across the country, not just North Carolina,” McCrory said in a related statement. “This is now a national issue that applies to every state and it needs to be resolved at the federal level.” [...]

McCrory said he had asked federal officials to push back its “unrealistic” Monday deadline but was told he could only get more time if he publicly called the bathroom law discriminatory.

“I’m not going to publicly announce that something discriminates, which is agreeing with their letter, because we’re really talking about a letter in which they’re trying to define gender identity,” McCrory said in an interview Sunday with Fox News. “And there is no clear identification or definition of gender identity. It’s the federal government being a bully.”

Oh my god, what a fucking backwoods, dick-snorting drama queen he is. And so very wrong! Let us count the ways:

[wonkbar]<a href="http://wonkette.com/600124/north-carolina-governor-suffering-extreme-case-of-butthurt-please-send-butt-medicine"></a>[/wonkbar]So now Gov. McCrory is going to waste North Carolina taxpayers' time and money with a frivolous lawsuit against the Obama administration, over an issue he clearly and proudly does not understand. Quite frankly, we are really tired of writing about religious right fuckbiscuits who are deathly a-feared of makin' potty if an LGBT person is around, so we're taking this news personally.