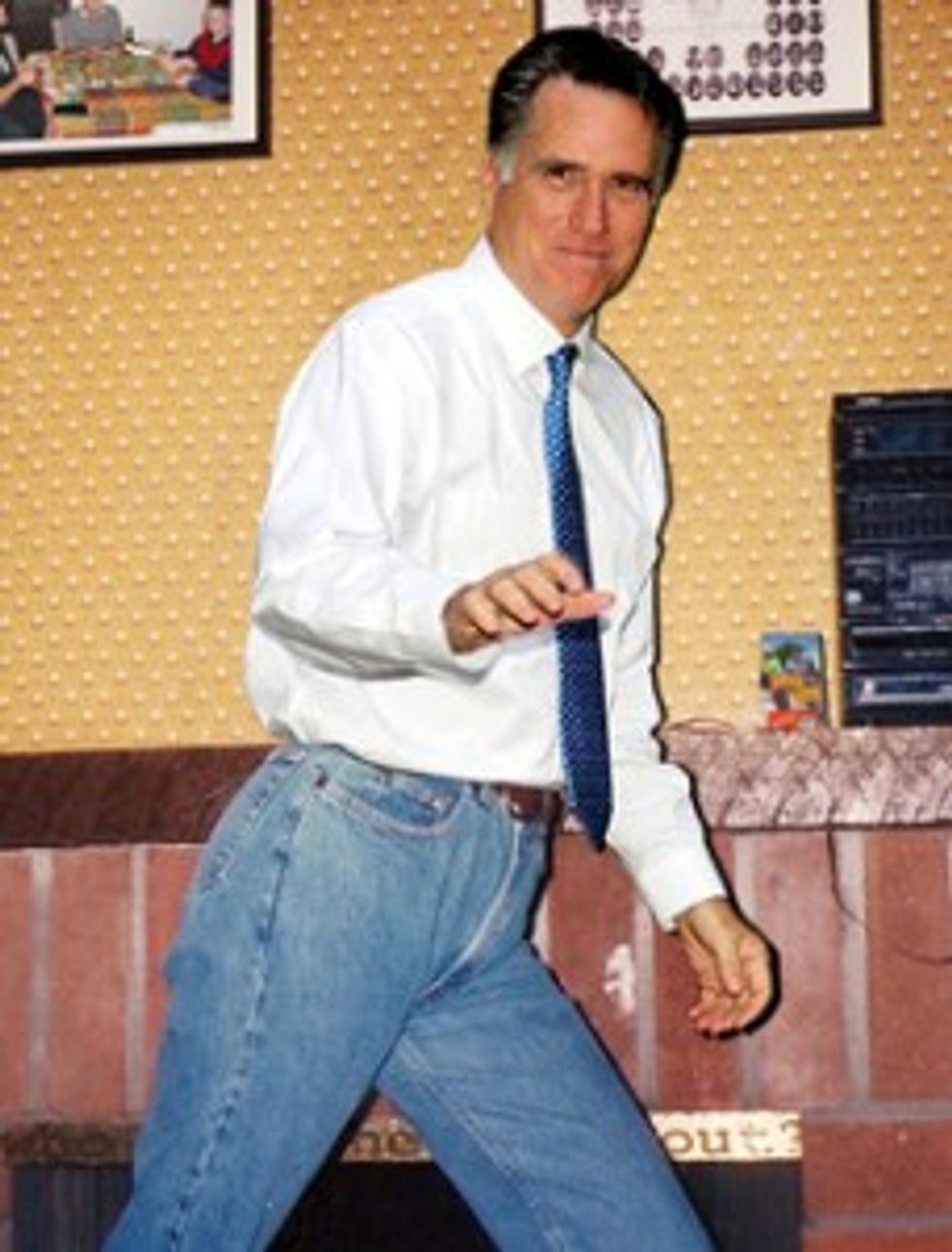 We need to get that uppity negro out of the White House because he only signs the back of checks instead of the front of them, but we are not racist! (says the National Review Online Staff). And also! The people who point out that we're racist -- THOSE are the real racists, OF COURSE. This is all laid out for us in a horrible/hysterical 689-item list of reasons to not vote for Obama.  So if you're racist or sexist or hate Poors or really have a problem with education, then there is something in this list for you! Herewith, some of the highlights - and lowlights -- of National Review's 689 reasons to not re-elect Barack Obama.

267. “Anyone can grow up to be president,” but we didn’t need someone to prove it.

35. Because his neck must be hurting from keeping his chin up in the air for nearly four years.

599. For his runaway narcissism, e.g. December 20, 2011: “I would put our legislative and foreign-policy accomplishments in our first two years against any president — with the possible exceptions of Johnson, FDR, and Lincoln.”

687. Because that first public cigarette will be smooooooth.

105. We need a president accustomed to signing the front, not the back, of checks.

63. So you’ll be able to criticize the president again without being called a racist.

66. For the existence of food-stamp parties.

648. Filing briefs in support of affirmative action and race-based quotas in public universities.

651. “I am a strong supporter of affirmative action.”

612. So Olympic gold medalist Gabby Douglas can once again enjoy an Egg McMuffin in peace.

22. Because he listened to the Reverend Wright’s crackpot racist diatribes for years and then gave us a lecture on racism.

Yes, we know that the staff at National Review Online ESPECIALLY does not need that "lecture" on racism. Oh and by the way, there is no war on women, and it's certainly not being waged by conservatives.

3. Because Julia needs to get off her lazy, federally subsidized butt, get a real job, and pay for her own damned birth-control pills.

344. He advocates nullification of almost all federal and state limitations on abortion.

345. He opposes the partial-birth-abortion ban.

346. He overturned the Dornan amendment, which had outlawed taxpayer-funded abortions in Washington, D.C., for 13 years.

347. A 100 percent pro-abortion rating from both NARAL and Planned Parenthood.

348. A 0 percent rating from National Right to Life.

It's a War on Caterpillars, duh. Also, did you know that Obama hasn't ever run anything? Or had a job?

4. Because lots of people fail at their first real job.

269. Every ambitious state senator in the country with no accomplishments is now thinking, “I could be president within four years.”

But enough about Marco Rubio, let's move on to Issues that Matter.

OOh did someone say mom jeans??

Oh and do you like wars? The kind that kill Islamics, not the kind that are against poverty or illiteracy or whatever.

423. His blatant bad faith on stopping the Iranian nuclear program.

434.“No one nation can or should try to dominate another nation.”

166. Increasing education spending across the board.

Also! Fun fact! Conservatives at the NRO love smoking weed all of a sudden, which we didn't see coming.

162. Record spending on the War on Drugs

There we have it folks. Conservatives at the National Review (who are not at all racist or sexist) urge you not to vote for Obama because he is uppity and hasn't bombed enough Islamics and also because he won't let them smoke weed in peace while they criticize the president and force women to have babies.