Not At All Scammy Video Defends Trump University, Which Was Definitely Not A Scam 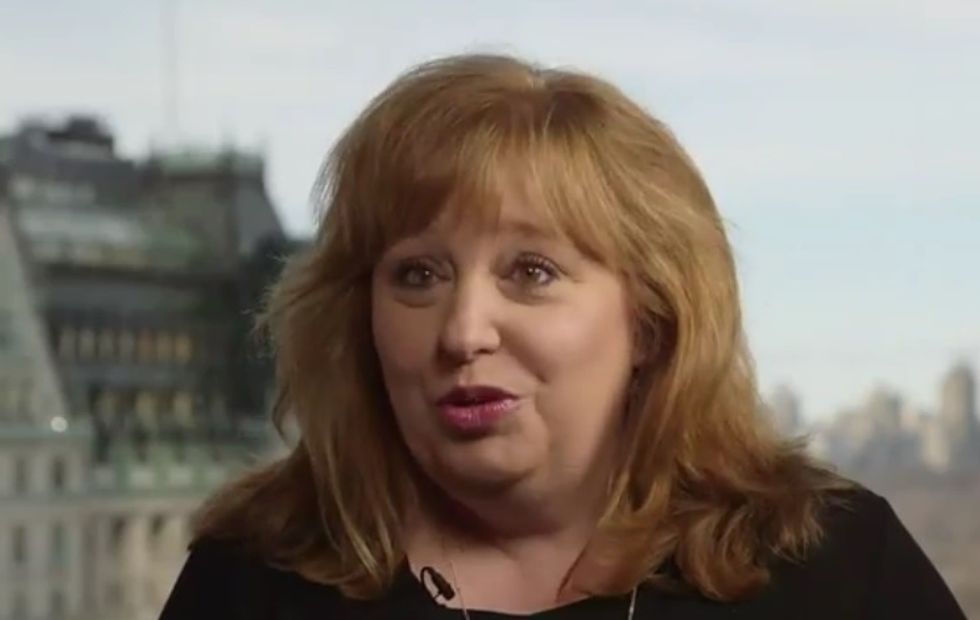 Hey, that's not Trump University in the background. That's Hogwarts!

Donald Trump would like you people to know that despite what you may have heard, Trump University was a huge success. They have posted a rebuttal video to inform America that many former students were completely "delighted" with the "education" they received through "Trump University," although they may need carpal tunnel surgery thanks to all the "finger quoting" they have to do when defending the whole ugly scam. Haha, we are kidding, they really are pleased with the place, and it's a total coincidence that two of the three people in the video are close personal friends and business associates of Donald Trump, and the third would really love Sempai Donald to notice him.

[wonkbar]<a href="http://wonkette.com/599394/people-just-loved-getting-scammed-by-donald-trumps-university-says-donald-trump"></a>[/wonkbar]Funny thing about Donald Trump and his defense of his "University" -- when facts about the whole ugly scam come out, he doesn't release documents to dispute those facts, he posts a video to his YouTube channel, like he did back in March when the three fraud lawsuits (two in California, and one in New York) became an issue in the Republican primary. It's almost as if Donald Trump is aiming his "rebuttal" at exactly the same crowd of folks who'd be taken in by a scammy real estate course, huh?

So let's take a quick look at this new video, which proves beyond any doubt that three people were willing to sit in front of a camera and say nice things about Trump "University" (Latin Motto: "Non Realiter A Veram University"). And please, pay no attention to the fact that RedState posted an impressive debunking of the video within hours of its release Wednesday.

The problems begin with the titles:

This is a video coming from the Trump campaign, claiming to be "The truth about Trump University." We already know it is therefore a lie. Let us continue.

The three satisfied students were all very pleased, got excellent results, and never felt pressured. One of the testimonials, from Michelle Gunn, explains why other people didn't become rich and successful like she did:

I see there are former Trump University students coming out and I have to sit back and think to myself, if they were given the same information, the same education, the same opportunity, how come they didn’t have the same results? And I think that is because you have to take action upon yourself. You have to go out and make it happen and apply that, no different to any education you may obtain.

In other words, those who attended a Trump "University" seminar and didn't get rich were losers who lacked ambition, and didn't apply themselves, the losers. Hey, here's another fact about Michelle Gunn, from RedState: She "appears to be a professional testimonial giver for these self-help workshop scams." And look, here she is in another promotional video featuring Michelle Gunn, explaining how if you can dream it, you can cream it, or something like that:

Mind you, she does claim that she made back every penny of her Trump "University" fees in her very first real estate deal, so her other work as a shill for self-help seminars probably doesn't enter into it. She's a winner! Also, as the Associated Press points out, she has every reason to think highly of Donald Trump:

Not mentioned by the campaign is that the celebrity billionaire previously endorsed a self-help book authored by Gunn's teenage son, titled "Schooled for Success: How I Plan to Graduate from High School a Millionaire." A website promoting the book also features a photo of a smiling Houston Gunn posing with Trump in what appears to be the then reality TV star's Trump Tower office.

Just another satisfied student of Trump "University," you bet. Ms. Gunn didn't return a message from the AP, and told USA Today that she was "unavailable to comment on the video." But the AP notes she is listed as a defense witness in one of the fraud lawsuits against Trump "University." We haven't looked very far into whether her son actually did become a millionaire before graduating from high school, but his 2013 self-published book has some mighty enthusiastic reviews on Amazon. Several reviewers note it sure sounds a lot like a self-help book written by a high school kid.

OK, so who are the other go-getters who became big winners after attending Trump "University"? There's Casey Hoban, who says he made "incalculable" profits in real estate after only attending the two-day Trump seminar. But for all that success in real estate, he's curiously not currently out there getting richer buying and selling properties with the know-how he picked up from Trump "University." Instead, as the AP points out, he's "a Trump family acquaintance whose protein-infused water is stocked at some of Trump's golf courses, restaurants and resorts." Imagine the coincidence!

Hoban told The Associated Press that his business relationship with the Trump organization bloomed after he attended a charity event held last year held by a Trump family foundation. Trump's son Eric Trump later tweeted Hoban a personal thank you for his $25,000 donation [...]

Hoban told the AP that he had only met the Trumps a couple of times and that his budding business relationship with the Trump empire had nothing to do with his offer to the campaign to issue a public endorsement of Trump U. [...]

Hey, if you can't trust the completely unbiased testimony of a guy who happens to hang out with Donald and his son and do business with them, then you are truly a cynical person. You should be ashamed of yourself. Shame, shame shame.

The other gent in the video is Kent Moyer, who -- again astonishingly, seeing as how he learned so much from Trump "University" -- is also not currently in the real estate game. Instead, notes RedState, he has a website where he is willing to sell YOU the secrets of success, too!

[He] seems himself to be involved primarily in selling the kind of “coaching” and “seminars” that are pretty similar on their face to Trump University. I would also note per his bio that he appears to have gone to Wharton [...]

Even if people find real value in the consulting services that Mr. Moyer provides, he by his own admission has never actually made money selling real estate, which is what Trump University is supposed to teach you how to do.

USA Today adds that Moyer "has posted on social media about Trump’s attempt to have Obama release his birth certificate in 2011." Unlike Hoban and Gunn, Moyer doesn't seem to have any direct business dealings with Trump, not that he wouldn't love to! The AP looked a bit deeper into his background, and learned that when he heard people were saying bad things about Trump "University," he rushed to the defense of his Alma Mudder, regardless of whether he wins an entrée into the good graces of the Trump Organization:

Moyer told the AP that he does not recall ever personally meeting Trump, but said he has long admired the flashy businessman. He said he reached out to Trump's lawyers after reading about class-action lawsuits alleging the program was a scam posing as a real academic institution.

"I had nothing but a great experience with Trump University," Moyer said. "Everyone knew it wasn't a real university. ... What the video doesn't talk about is that because of Trump University I ultimately enrolled in 2007 in the Wharton Business School."

Wow, so he's a graduate of the Wharton Business school, just like his ideal, Donald Trump? Trump "University" must have been a hell of an inspiration, prompting him to go get a degree from such a prestigious institution, huh? Perhaps not exactly, though:

Moyer has often described himself in media appearances and in written materials as an alumnus of the prestigious business school at the University of Pennsylvania, of which Trump and some of his children are graduates. Upon questioning by AP, Moyer clarified that he had attended two-week executive seminars offered by Wharton and had never been academically enrolled as a student at the university. He does not have a bachelor's degree.

Oh. Well that's different. Never mind. We once visited the grounds of our ex's alma mater, Oberlin (everydamnbody went to Oberlin, it seems), but it never occurred to us to put "attended Oberlin College" on a résumé. But we were definitely there!

So as you can see, as the Trump campaign makes clear in this ad, these are three completely typical Trump "University" students absolutely besotted with the wonderful education they got there, and if other people didn't happen to find themselves in a position to even attempt to establish ties with the Trump Organization following the high-quality, not scammy at all lessons they learned at Trump "University" (Lesson One: Suck Up To Donald Trump And Those Around Him), then those losers are contemptible losers who should go pound sand.