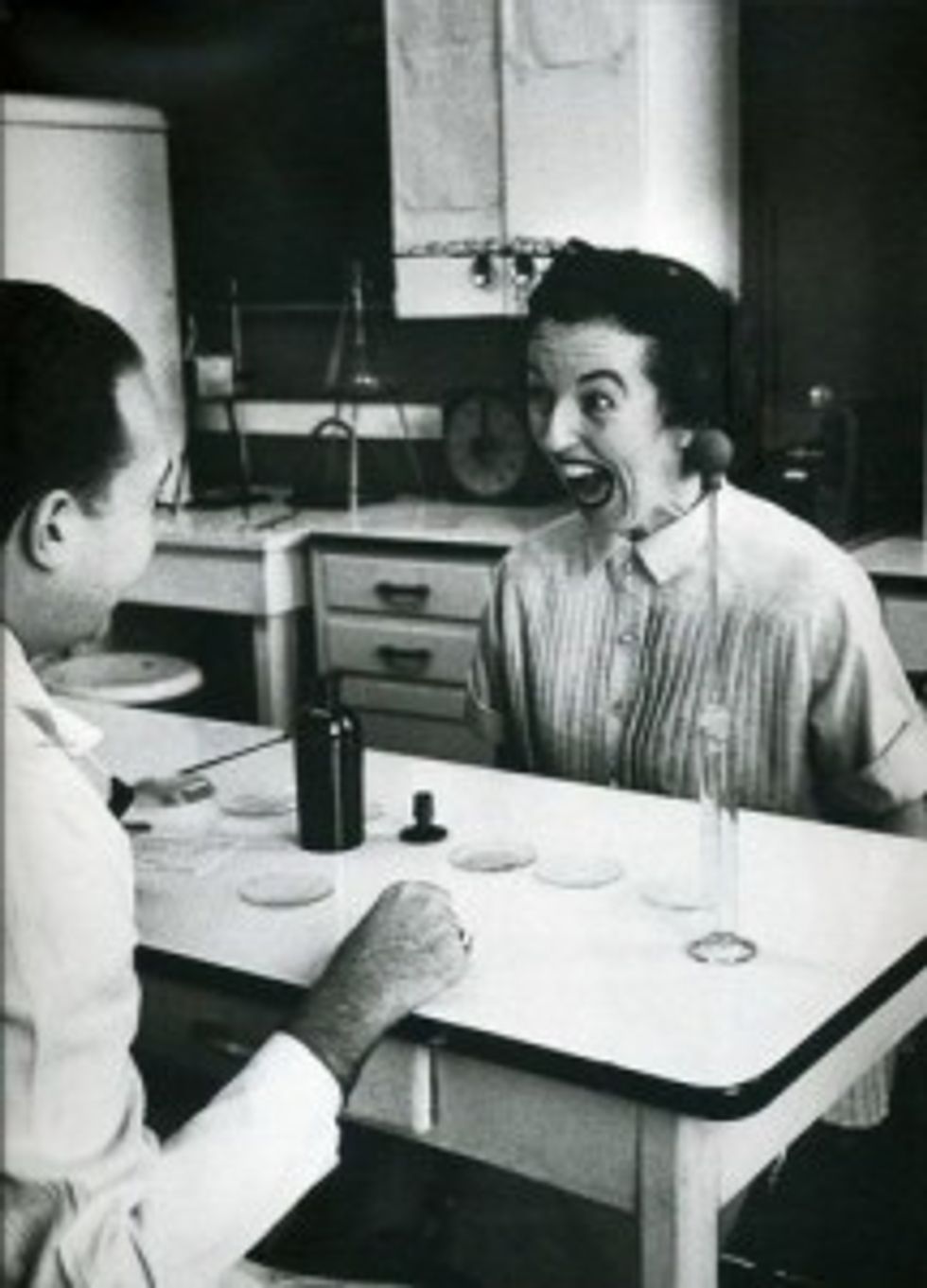 We have news! Pregnancy news! Unfortunately, it is not about Kate Middleton, whom we have never met, but would like to, becauseWOWIE.

No, no. Listen up, this one is not about royal babies, this one is about America the land of the fucking free, where we do not have duchesses, we have pregnant call center employees who are trying to shirk their work by being pregnant. Good thing her company was free to treat her like a piece of crap, then fire her for having morning sickness. To the company's credit though, they did try to accommodate her. From Courthouse News:

"On one occasion, defendant's manager told plaintiff that she would obtain a larger trash can for plaintiff so that she could take care of vomiting without having to visit the bathroom or leave her seat," the complaint states.

Well, that was kind of them. When confronted with adversity, the heroic American Business Owner resorts to "bigger puke buckets," because He is resourcesful and doesn't actually have to do anything.

If she was so sick, couldn't she take some leave, or something?

She says National Processing harassed throughout her pregnancy, including delaying paperwork for taking leave under the Family Medical Leave Act writing her up for frequent bathroom visits due to morning sickness.

Ah, the old "frequent bathroom visits by a pregnant lady" schtick. Just trying to get out of work, probably, by pretending to puke. Did the company catch on?

Yes, when a pregnant woman is ill and has to come to work and then does not magically get better, it's unfair to everyone but her. What, did you think we were in some horrible socialist country that gives workers a minimum of 24 weeks of maternity leave? We aren't a bleeding-heart nanny-state, you hippy! That's Iran. We here in the greatest country in the visible universe don't have maternity leave! We're holding down the fort with Swaziland and Papua New Guinea as the last countries ever to not have any, because regulation kills jobs. If you don't want to need time off, don't have sex! And if you don't want employers to base hiring decisions on whether you're of child-bearing age, don't be a woman. [Courthouse News]