Not Knowing What Else To Do, Amanda Palmer Writes Terrible Poem About Dzhokhar Tsarnaev 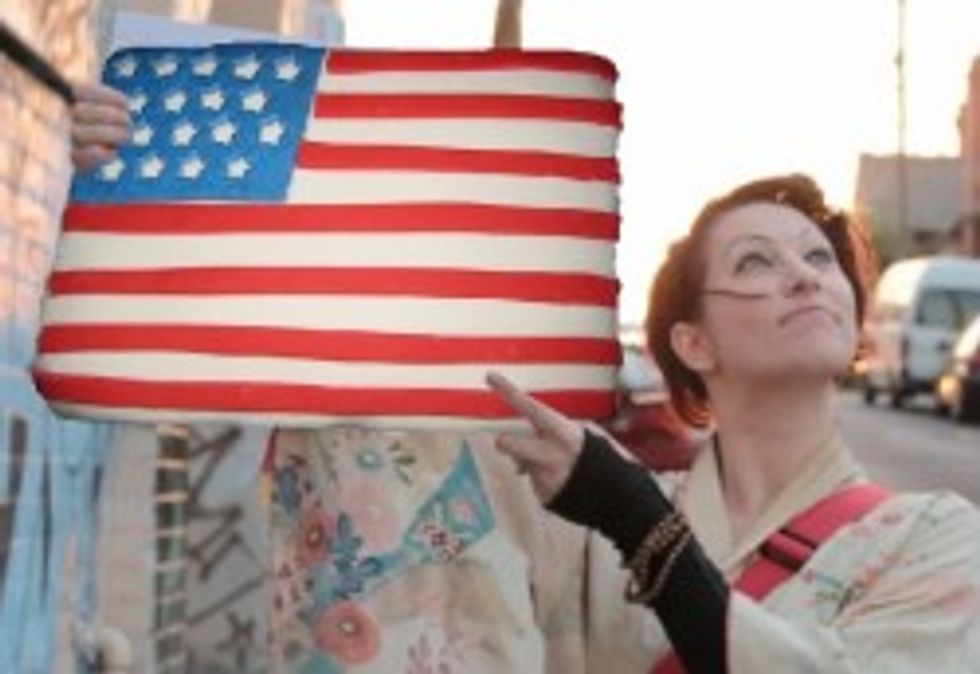 Feeling helpless in the wake of the horrible events of last week, in which a terrorist attack killed three and injured hundreds, loathed songstress of Ted Talk fame Amanda Palmerwrote a supremely awful poem about the younger of the two brothers believed responsible for the bombing.

Gawker's Max Read warns that the resulting atrocity, "A Poem for Dzhokhar," is "the worst poem ever composed in the English language," which simply means that Read obviously did not sit through the creative writing class that Yr Doktor Zoom endured in his second year at Northern Arizona University. It is still terrible enough to qualify as hazardous waste, however, so please strap on your safety goggles before you click through.

you don’t know how it felt to be in the womb but it must have been at least a little warmer than this.

you don’t know how intimately they’re recording your every move on closed-circuit cameras until you see your face reflected back at you through through the pulp.

you don’t know how to stop picking at your fingers.

you don’t know how little you’ve been paying attention until you look down at your legs again.

you don’t know how many times you can say you’re coming until they just stop believing you.

you don’t know how orgasmic the act of taking in a lungful of oxygen is until they hold your head under the water.

you don’t know how many vietnamese soft rolls to order.

you don’t know how convinced your parents were that having children would be, absolutely, without question, the correct thing to do.

you don’t know how precious your iphone battery time was until you’re hiding in the bottom of the boat.

you don’t know how to get away from your fucking parents.

Because, you know, adolescent angst is such a universal experience, especially the way it drives so many of us to set bombs down next to eight year olds, right? At least when Barack Hussein Obama wrote bad poetry, he had two perfectly good excuses: 1) he was an actual college sophomore; and 2) he was almost certainly high as fuck.

Max Read pretty much nails it:

This is bad. It's bad writing, it's bad timing, it's bad ideas; it's inane and self-serving, and adds nothing to our understanding of the marathon bombing, or of Dzhokhar Tsarnaev, or of terrorism.

And of course, it's all about Amanda Palmer, who's so sensitive that she can find the universal thread that ties us all to Dzhokhar Tsarnaev, and yes, sure, we'll grant that there's the whole shared humanity thing, but COME ON. The beautiful narcissism of Palmer's releasing this thing before the victims are even in the ground is that she can respond to any criticism by insisting we are just too shallow to understand her. That is TERRENCE MALICK'S GIG and you cannot have it, Amanda Palmer.

And then, presumably, she can go back to her room at Hogwarts, cry smexily wif Draco, and be all goffik and cut herself while railing against preps and posers.

[Gawker / AmandaPalmer.net(caution: you may be prompted to download an app. Ick)]