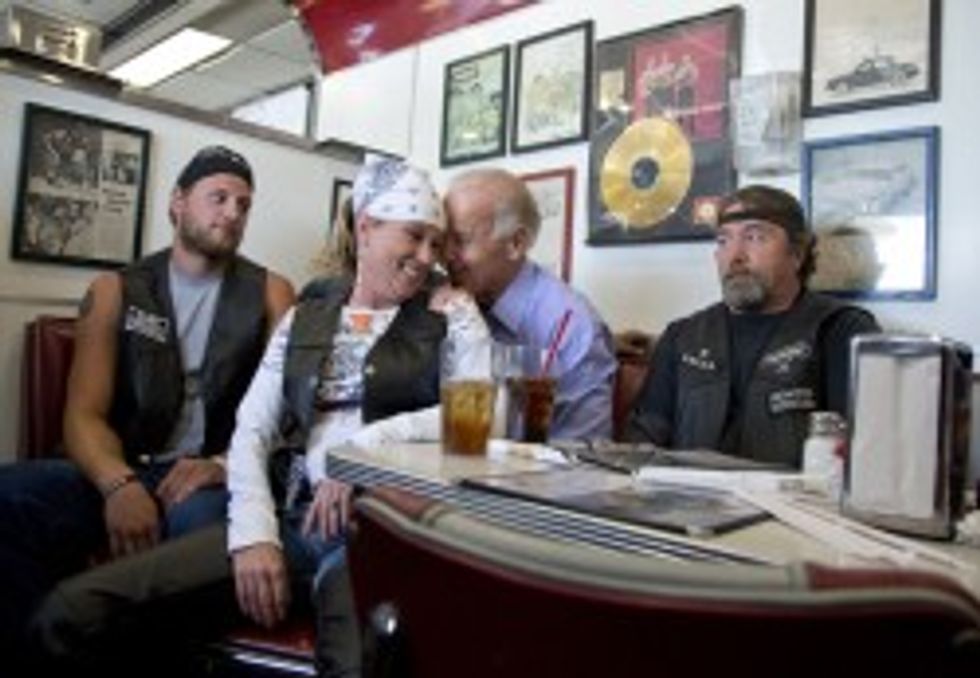 You guys, we are sorry to have to report this, but it seems your precious little boyfriend, one "Dumb Stupid Jerk Joe Biden," has beengoing on vacation. While the Yahoo commenters among us make do with their Valentine's dinners of cut up hot dog's and anniversary gifts of a punch to the nads and a punch to the muffin, Joe Biden has gone on vacation every time there has been a holiday weekend this year! That is like 12 DAYS he has been on vacation! (On weekends.) (He went to Colorado, and the US Virgin Islands, and "luxurious" South Carolina.) (Again, on weekends.) (Because he is not supposed to travel around the United States, we guess.) (Because White House Tours.) Let us hear more of this terrible scandal, that we may in an unbiased and very fair manner make up our minds to BURN THE WITCH.

Vice President Biden today is enjoying his third vacation of the year, a five day sojourn on South Carolina’s luxurious Kiawah Island, where he will no doubt partake of his favorite pastime, golf.

Biden and his wife Jill arrived on the island – known as a golf mecca – Thursday night and are not scheduled to depart before Monday.

We thought Joe Biden was allowed to golfs, since he is white? Confused face emoticon!

Biden’s trip is the latest episode in a bout of rampant vacationing by the First and Second Families, who have been roaring out of Washington this year on taxpayer-funded excursions even as the deficit mounts and the sequester axes jobs and critical spending on other priorities.

While both President Obama and Biden pick up some of the tab for their recreational travel, the bulk of the costs – including flights aboard Air Force One and Air Force Two and security and staff needs – are billed to taxpayers.

Stop leaving the White House, Nobumer! You are using gasoline, and also it is not fair that you are not letting people shoot you!

Biden should feel especially refreshed when he returns given that he just had a vacation last month in Snowmass, Colorado, where he spent several days over President’s Day weekend. Close by in a neighboring section of Colorado’s ski country was First Lady Michelle Obama, who was taking her second vacation of the year in Aspen.

Over the same President’s Day weekend, President Obama was roving the fairways at an exclusive golf resort in Florida where he got pointers both from Tiger Woods and Tiger’s famous former coach. He and Mrs. Obama had already spent part of late December and early January in Hawaii.

Hawaii? What kind of foreign nonsense is that? Why can't they go somewhere American, like South Carolina?